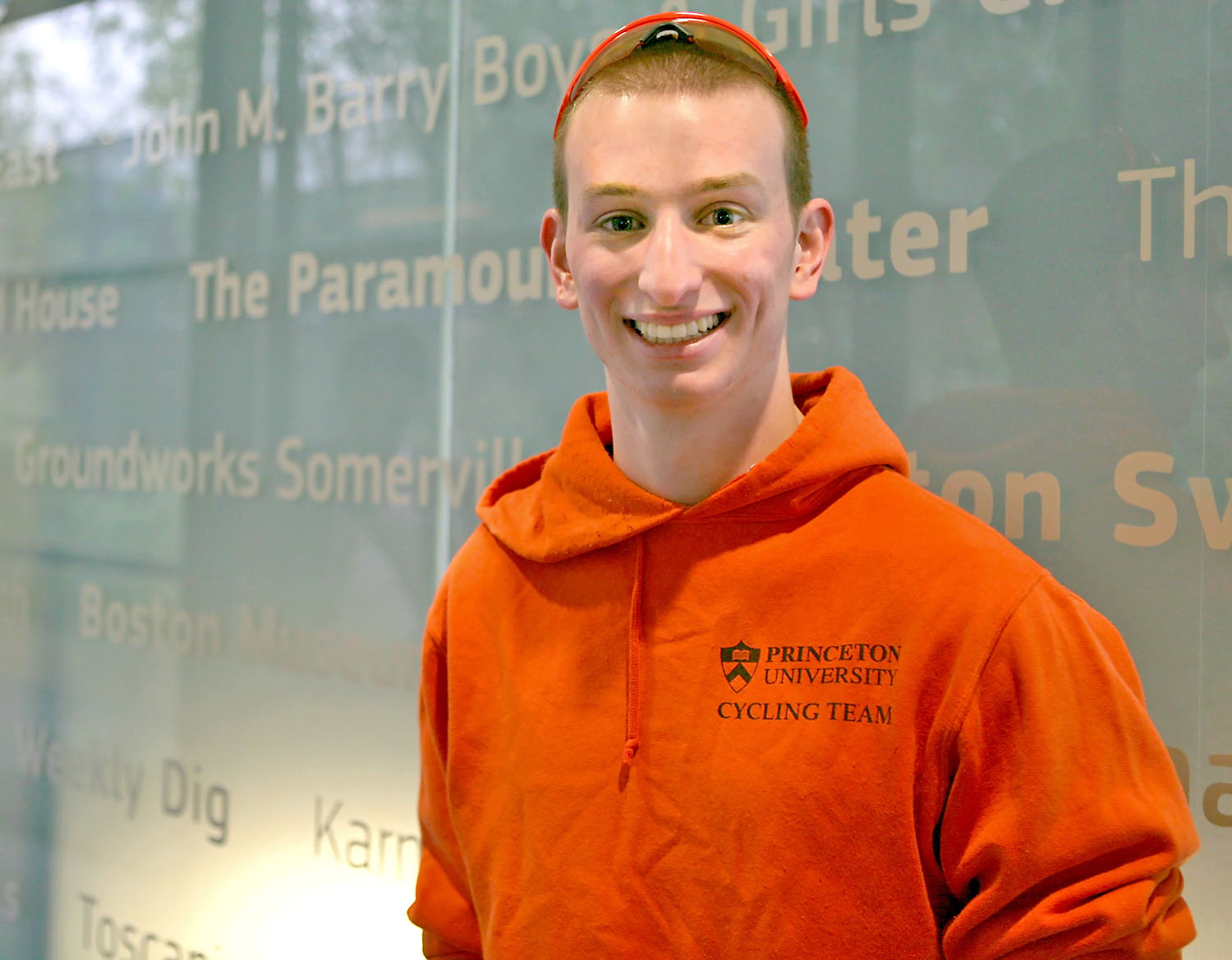 Seth Priebatsch on his geo-gaming software, sleeping at the office, and why everyone should be a college dropout.

Meet Alister & Paine’s 2010 Young Entrepreneur of the Year, Seth Priebatsch. He’s the Chief Ninja & CEO of SCVNGR, the game platform that is changing the way we think about the three dimensions. You only need ten minutes with this guy before you see why his start-up has been so successful–Seth’s enthusiasm for SCVNGR & life is insatiable and contagious.

Google thinks so too.

In addition to receiving venture capital investments from some of Boston’s local investment firms, SCVNGR received it’s Series B funding from Google Ventures, headed up by one of the founders of Android.

A Boston boy and Princeton dropout, he’s following in Zuckerberg and Gate’s footsteps–see why he caught our eye and won the title of Alister & Paine’s 2010 Young Entrepreneur of the Year.

Alister & Paine: Explain  SCVNGR and the concept of a game layer on top of the world.

Seth: Every physical stage that we exist in has three layers of real estate. The first one is dirt. We’re all very familiar with dirt, it’s sort of brown and you can hold it in your hand and two dimensional. But it’s the land on which most things exist, and you can divide this first layer of real estate into different sections and sell them, and buy them, and trade them, but basically it’s  just two dimensions.

The second layer of real estate is buildings, and they’re structures that are specialized for different things. There are restaurants for eating and hotels for sleeping and bars for drinking and nap holes for napping.

The third layer of real estate is the game layer. This is one that people haven’t had access to yet in any meaningful sense. The game layer has existed forever. SCVNGR exists to give people access to this game layer.

Alister & Paine: How the hell did you come up with that?

Seth: It’s evolved a fair amount but it started at Princeton and the core of it is I like playing games that exist in place. The easiest way to do that is to create a platform.

We have 600 institutions, tons of individuals building SCVNGR, and even more people playing with us. That’s the evolution that we’ve seen.

Alister & Paine: How do you make it work?

Seth: Insane hours. I make it a point to be at the office and work more productive hours than anyone. If I’m working extremely hard it sends the right message to our team and they’re going to work extremely hard—that’s a very healthy environment. Healthy for the success of the company, maybe not personally…

We don’t officially have beds yet, but we do have showers, and that means beds are soon to follow.

Alister & Paine: Tell me how you got to where you are today.

Seth: I went to a good high school and then went to Princeton, made it through just a year there and then started SCVNGR and ended up dropping out cause that’s what all the cool kids do.

Alister & Paine: It seems to be a huge trend where we have super successful dropouts from acclaimed Universities. Thoughts?

Seth: Ha! I recently got the opportunity to go back and speak at my High School. I made a pretty strong pitch to students why they probably should drop out of college (which I doubt the Professors thought was particularly appropriate) but there are a lot of notable examples.

If you’re at a great institution there are tons of hot ideas floating around, there’s huge opportunity and resources, there are really bright people around you, it’s a super fertile environment for thinking of cool ideas, but at the same time it’s a limiting environment. It creates all these huge ideas but it doesn’t give you the time or resource to execute them.

You can’t run a successful start up and be a college student at the same time. You need to be outside of the university environment and you need to be doing nothing but working on that. The only way to accomplish that is to graduate, which takes a while and a lot of patience, or to drop out, which is a pretty immediate solution.

Alister & Paine: What do you think it says about the actual education?

Seth: I did not drop out of Princeton because it wasn’t a wonderful school. I give them huge credit for saying ‘We’d love you to stay, but if you’re really serious, then go. Do something awesome and when you’re ready, we’ll be here.’

Alister & Paine: Will you ever go back?

Seth: Educating the world about what a game layer on top of the world looks like is a huge education hurdle to overcome.

Alister & Paine: How do you feel about the entrepreneurial spirit in America today?

Seth: I am super bullish on America and everything that we are doing and that people are pulling off in this country. We have our fair share of issues just like any country does, but if there is any place in the world I would recommend to anyone to try and start a business, it’s America.

We have some truly incredible stuff coming out of here and at least from what I’ve seen in my generation, we are super optimistic. We think it’s a great freaking place, there’s tons of opportunity, and it’s our dream to build great companies in America.

We haven’t gotten out chance to show that just yet. I think you’ll see the younger generation embodying that spirit and see it come to fruition in the next couple of years.

To find out more about our YEOY competition and Seth’s title, check out our newsroom.