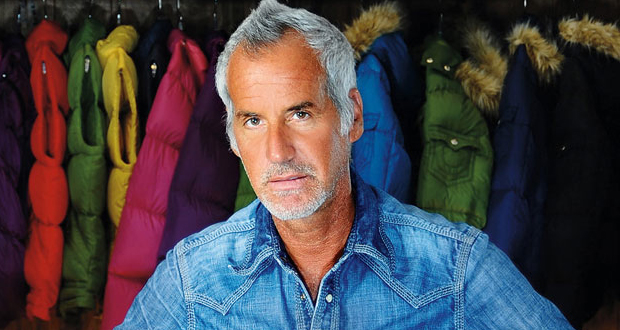 Jeffrey Lubell is a manufacturing rock star. He will not take no for an answer, getting as creative as slipping jeans to sales reps to get his brand in the public eye. It took some serious guts to get to where he is today, taking boutique denim company True Religion into a global lifestyle brand. He knows he doesn’t make Levi-like jeans—that’s exactly what he loves about his brand. His business acumen has taken him on a crazy ride through the textile and manufacturing side of fashion. Jeffrey’s exclusive (and almost unabridged) story here.

Alister & Paine: Tell me about your background before founding True Religion.

Jeffrey Lubell: Where should I start? Infancy or a little later? Haha. My parents were in the clothing business and I asked my Dad if I could work for him. He told me to get into the textile business before getting into the manufacturing business so I started a job working for a little swimwear mill. I asked the technician if there was a way to get the comfort of cotton with the properties and elongation of lycra. I brought it to my company and the next thing I know I had a production order for 4,000 yards! By asking a few questions and getting something entrepreneurial done we went from a 2 million company to a 40 million dollar in 28 months.  The one thing I learned was we did not patent cotton lycra for swimwear and everybody knocked it off.

After that I built up a 100 million dollar business in polar fleece (in less than four years). Eventually I became tired of the textile arena and decided to get into manufacturing. My first trial I did some crazy things. I started Jefri Jeans, it took off and I learned by trial and error. I really learned about production.

In 2002 I conceptualized True Religion Brand Jeans  and trademarked it. My concept was to do something very different. In the very beginning it was just me, myself and I. In manufacturing typically you make a collection and you go out to the marketplace and you sell it, then you take orders, and produce it. When I made these samples on the machines I fell in love with the product and it consumed me so that I went out and spent $300,000 of my own money in production without selling a single unit. I said ‘if I can’t sell these 16,000 pairs of jeans, I shouldn’t be in the jean business.’

I went to one customer, Fred Segal, I showed him my collection and he hated it. I went over his head and went to the VP of Menswear buying at Fred Segal, and she hated it. I told her I needed a break and to give me a chance. She kept saying no no no no no. I kept saying yes yes yes yes yes.  2 hours later I was still in her office and she gave me a 24 piece men’s order. Then I went to the Fred Segal sales guys to ask if they liked the brand. I brought about 5 sales people out to my truck where I had 200 pairs of jeans and said ‘Take whatever you want. If you like them, wear them on the floor.’ I came back a few weeks later and they were sold out. That was my entire marketing campaign. The best sale is on the body, not in a print campaign.

Today I have a little over 150 mil in the bank, I’ve opened up 100 retail stores, I sell my jeans to 50 countries, with subsidiaries in Japan, UK, Germany, Hong Kong, Milan, Switzerland & Korea. I’m now starting global expansion in retail and wholesale.

Jeffrey Lubell: CEO, Founder, Chairman of the Board, Head Designer, Head Merchant, Head Pain in the Ass. I have a lot of great people working in the company and my motto is ‘You’re only as good as your product and you’re only as good as your people.’ I’m not Giorgio Armani. I had an idea, I adjusted sewing machines to do what I wanted them to do and I made amazing product that the market reacted to.

Everything in my brand has meaning. The hitchhiking Buddha was constantly evolving and True Religion meant there’s really only one religion in the world. That’s people, and we all wear jeans.

How to Do More Great Work

Jeffrey Lubell: Besides compensation? I’m kidding. It’s not about the money. The best feeling I have is being able to do what I think my consumer wants in design and seeing people in my product. Celebrities really connected with the brand too. There’s not a celebrity I can think of that has not worn True Religion at one time or another.

What’s on the horizon?