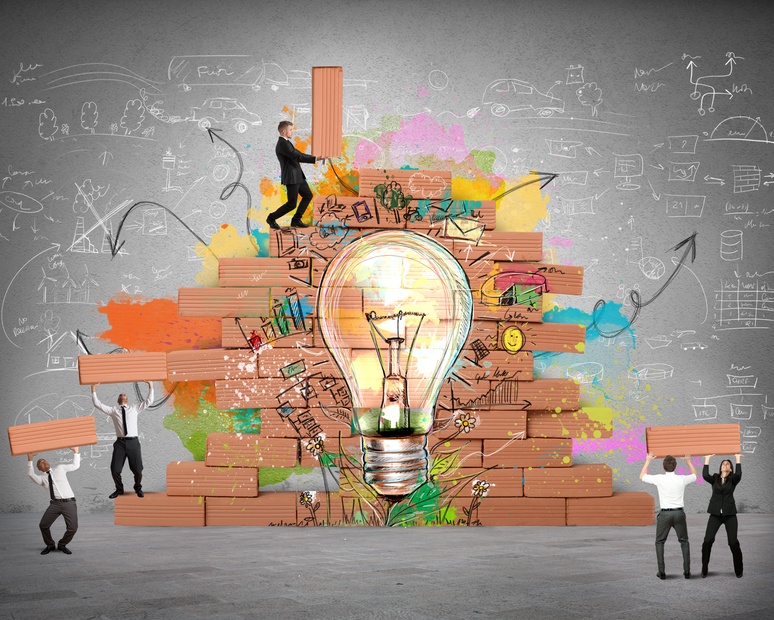 Businesspeople works together for a new creative idea

Add It Up! Talent Management is Not HR’s Job

In corporate America, leaders and executives often forget that their leadership objective is not only to manage the company processes, or to supervise the production of widgets. Their role is essentially made important by their charge to lead people. As executives tasked with running a company, this is a fundamental and critical component of business that you cannot push off or delegate and expect that someone else has it covered.

Most executives consider talent management a Human Resources (HR) function and as such, best left to the tactical leaders in HR because it is part of their duties to support the company in that effort. The truth is that for talent management to be pervasive and effective in an organization, the primary responsibility should be placed in the hands of the direct managers of employees. Most companies don’t formally expect this of their managers and executives so it’s not surprising that they just don’t do it, and don’t know how to do it.

That’s why it’s important for organizations to realize this and make a change in what tasks with respect to talent management are the responsibilities of management. Innovative companies that thrive and grow, have leaders at all levels that know they are
responsible not just for managing their budget and numbers, but also for the people that work for them—understanding where each person is in their development, and how to best either keep them engaged in their current position, allow them to be seen as that key person in the role, productive for the good of the company, or prepare them so that they can flow to the next level.

When you get to be a senior director, or VP, in my opinion, your job should be focused on helping to build the bench strength of the organization. And that starts with your own team.

If you are a leader, your primary job focus should be leading people. That cannot be seen as less important than balancing the department budget. You are on the front line managing the talent of the organization.

This is a classic revisiting of the 70-20-10 model as discussed by the Center for Creative Leadership. If you are a leader, your work breakdown should match the development percentage mix. You should be spending 70% of your time developing your people by giving them challenging assignments, spending 20% of your time on coaching and mentoring them around both tasks and behaviors, and spending 10% of your time ensuring that they received the needed training to be effective in their jobs, or growing their knowledge through learning and development.

In reality, in many organizations it’s the other way around. I know this from my own experience. At one organization, I spent 70% of my time doing administrative work, 20% coaching and mentoring people, and 10% leading them—because I was told that by doing my administrative work I would be seen by those people as a good leader. That’s not how it should or did work in my opinion. I was instead seen by my direct reports as the executive whipping boy, jerked around by my leader and forced to do tactical work outside of my area of expertise that I was hired for. Regardless of what the job description read, or what I was told in multiple interviews, this was not a leadership role. I was being mismanaged as a high potential, as top talent. I found myself seeing all the classic signs of being stuck in the middle. I was stuck between the job I was hired to do, and the role I was being allowed to play. I did not stay stuck for long. A confluence of circumstances helped me make up my mind and served as a roadmap out of the valley mentioned before. Or, in this case, out of a valley of despair.

How Ryan Reynolds Used Authenticity to Save Peloton Girl

Talent management needs to be seen as every leader’s responsibility and they need to be equipped with how to manage that talent. They need to know (or be shown) what that effort looks like in the context of their organization remembering that each organization is unique. A set of metrics could be established so leaders understand that this is important to the organization. Here’s a scenario to give some thought to:

At one organization where I was employed in my career, at the end of each year, they do a survey of the direct reports of each Director and above to find out how well they feel that they’ve been managed by their leader through the year to come up with a fair overall assessment. And that becomes 25% of the leader’s bonus structure. That is taking talent management seriously. That is the point where the leader would see talent management as their responsibility and to not push it off by saying, “That’s not my job, that’s HR’s responsibility.”

No—it is your responsibility. You need to change your effort from being a 70% doer of tasks, to being a leader for 70% and a mentor and a coach for another 20%. Using straight addition, 90% of your time should be developing the current bench of talent for the future needs of the organization. That’s talent management.