Sometimes a fine bottle of wine needs to be taken in the back and spanked for a little aeration. Okay, that may sound out of place—but not when you’re dealing with Torbreck Vintners. Unquestionably one of the world’s finest wine producers with one of the most likeable winemakers we’ve ever met, David Powell. He’s got an uncanny palette for fine wine and an incredibly authentic Aussie sense of humor.

Torbreck is an Australian winery known for their vintage Barossa vines and New World take on Shiraz, Grenache and so much more. David Powell rediscovered the vineyard in 1994, after a nomadic decade travelling the wine worlds of California, France, Italy, Spain, Napa, Sonoma.

Australian wine became the comeback kid of the industry 14 years ago when wine critic king Robert Parker rediscovered the long lost Barossa Valley, but the region soon lost it’s trendy appeal from over-commercialization. Between the vine pull scheme in the 80’s and the pendulum swing in the early 90’s, Australian vintners were abandoning the business. Vineyards were left unattended and grapes grew with no purpose.

That is, until David Powell stepped in 17 years ago.

If someone had told me 15 years ago I’d be selling a 700 dollar bottle of wine I would have laughed at them, you know. Now it’s like fuck, I better put the price up. – David Powell

He knew the business, he knew the land, and he wasn’t afraid to get his hands dirty. After continent hopping for ten years and spending three as a woodsman in the Scottish forest Dave headed home where he found a vineyard in need of some TLC with 163 year old vines and an incredible climate for yielding wines with natural intensity, perfect complexity and great finesse.

Torbreck’s wines stem from Dave’s Scottish Inverness inspiration—Torbreck is the name of the forest he lived in, Woodcutter his position, Struie the mountain he worked on. We sat down for a boisterous wine tasting with Dave in TriBeCa and enjoyed every swill and sip. The legs on his reds are unbelievable—and he knows it.

We asked about the difference between his wines and the more commercialized brands in the industry, especially the overproduced Australian brands that brought down the credibility of the region. “People who drink Yellowtail are never going to drink my cheapest bottle of wine, let alone my $700 bottle. It’s like McDonald’s and Daniel….Although I’m a bit of a slut cause I’ll eat McDonald’s french fries and still go to Daniel. There’s a time and a place for everything.”

After a few glasses of the intense 1999 RunRig (and having the waitress take it back for a good spank) Dave gave us his take on when to enjoy a vintage bottle. “I think it’s a shame for a wine to get to the stage where people are too scared to drink it. I normally try and drink expensive wines when I’m still sober enough to appreciate what I’m drinking. It’s like having sex—otherwise you wake up thinking what the fuck was that all about? Did we just—didn’t we?”

It’s also important to know when to cork and when to uncork. “Wine is not a timeless piece of art. To collect it and say you’ve got a bottle with liquid in it that’s fucked because it’s been kept for too long, that seems a bit stupid. I know I’ve got to be careful…it’s like having a beautiful women just sitting on a pedestal and just looking at her. I can’t stand having a lap dance cause it’s like putting a steak in front of me and telling me I can’t eat the fucking thing. What’s the point? Seriously.” – David Powell.

There are no rules on the right way to drink a bottle of Torbreck. Break open a fresh bright white Semillon with soft shell crab. Indulge in an epic full bodied bottle of Steading with a well-curated Beecher’s Cheese platter and raise a glass to the cheeky woodcutter Aussie who can tell a dirty joke and produce a perfectly delicate wine all at once. 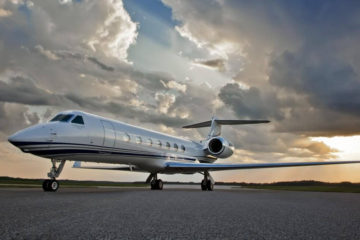 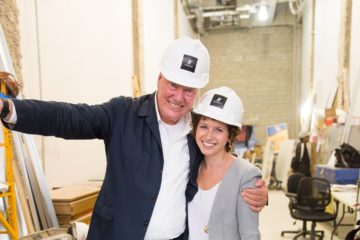