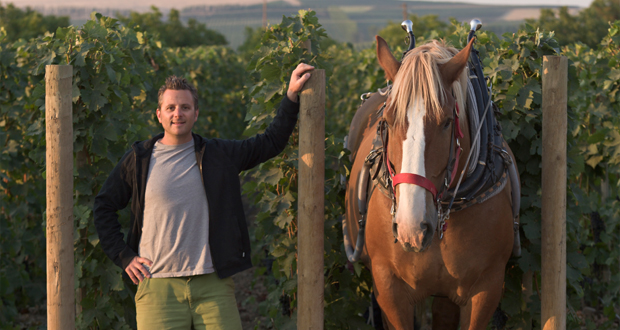 Wine of the Week: 2008 Cayuse ‘God Only Knows’ Grenache

[review] Walla Walla, Washington is a special place. Somewhere near the crossroads of textbook terroir and superior craftsmanship sits an approachable, welcoming valley unlike any other. It may not be as famous as Napa or Rhone, which is even better…this place is a well-kept secret and we’d like to keep it that way. The land demands patience, commands respect and keeps a little bit of magic in every handful of soil and stone. The friendly Walla Walla Valley has often been called “the next Napa Valley,” and for good reason. This is a place where winemakers from around the world are coming to start the next generation of legendary wineries.

Cayuse Vineyards is one of the very special boutique wineries out of Walla Walla. You might have heard the almost mythical story of how the brash, young French winemaker visited the little-known, redundantly named Washington town and fell head over heels in love with a few acres of useless, stone-covered farmland. While the negative nancy’s scoffed, Christophe Baron deftly turned a field of stones into the now acclaimed Cayuse Vineyards. The rest is history—and a whole lot of spectacular wine.

The story began near the village of Charly-sur-Marne in the Champagne region of France, where a very young Christophe Baron walked the family vineyard with his father and grandfather. He was the youngest of the centuries-old Champagne house, Baron Albert, and his ancestors had worked the land since 1677. Like generations of fathers and sons before, it was in his blood to be a wine grower and creator—a true vigneron. “It’s a title you’re born with, not something you become or learn in school,” Christophe says. “So I followed my dad, and wherever he went, I went. That’s the way it started.”

I almost fell on my derrière when I saw that field of stones! They changed the path of my life.
—Christophe Baron

While others saw ten acres of the Walla Walla Valley’s worst farmland, he saw only enormous potential. The terroir reminded him of the cobblestones of the southern Rhone valley and Châteuneuf-du-Pape in his native France. He called the venture Cayuse Vineyards, after a Native American tribe whose name was derived from the French word “cailloux”—which means “stones.” In the decade since, it has grown to seven vineyards, soon to be eight, encompassing more than 55 acres.

What was considered by many a foolish gamble on that field of stones has been rewarded year after year with some of the most acclaimed wines in the region—and in the nation. “Those stones are the reason I’m here in Walla Walla,” Christophe says. “It’s certainly not for the night life.”

These diamonds in the rough are pretty hard to get into your cellar. Cayuse creates at least a dozen critically-lauded wines each year, available as wine futures to the Cayuse mailing list. That exclusive list is currently full…you can add your name to their wait list and await anxiously for your number to be called. It’s worth the anticipation.

We tasted an incredible bottle of 2008 God Only Knows Grenache, a Rhone-style wine bursting with striking spices and the depth of berries, cherries and a hint of lavender. There’s a distinctive ‘earthiness’ to the bottle that one can only attribute to the stones and soil that Christophe is so fond of. It’s an exceptional, well-proportioned wine that constantly reinvents itself with every sip, taking you on a flavor rollercoaster that starts with a fruit burst and rolls itself into a spicy herbal finish. Do whatever it takes to get your hands on one of these gems. God only knows how you’ll drink without it.