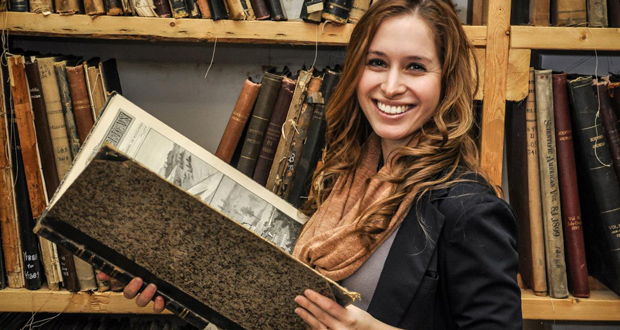 Invest in the Past: Timothy Hughes Rare Newspapers

Newspapers are about truth. Simple, hard facts. Unlike textbooks, which are rewritten decade after decade, the headline that appeared on a newspaper in 1776 is unchangeable. Back then, nothing was left unsaid. Everything was laid out as transparent as possible…news, whether sensational or not, was simply news. Times may have changed but those papers haven’t. Who wouldn’t love to read the words proclaiming the surrender of Lord Cornwallis in the London Gazette of 1781, essentially ending the revolutionary war? I bet you didn’t know you could get your hands on a piece of history like that for just $2,350.

In the small town of South Williamsport, PA at Timothy Hughes Rare Newspapers lies a never ending warehouse chock full of historical gems. Wall to wall newspapers from the Liverpool paper announcing John Lennon’s death to German newsbooks from the 1500’s and headlines from the day Gotti went down.

We have Revolutionary War newspapers, WW2, Korean War, Outlaws, Jesse James, Billy the Kid, Pirates. No matter what topic or era someone has any type of interest in, there’s a newspaper that fits in there some way.
– Timothy Hughes

Timothy Hughes started collecting and selling rare newspapers in the sixth grade when he realized the coin crowd was oversaturated and the rare newspaper world was his for the taking. From a small mail order business to the huge enterprise he is today, Tim has basically invented the hobby of rare newspaper collecting. There are a few overseas competitors and a few rare book shops where you might find a newspaper or two, but nothing like this. There is literally 10,000 square feet of floor to ceiling walls just full of these newspapers that shaped the world.

Newspapers were an integral part of shaping the way society works today—before reality TV and digital magazines there was the daily newspaper. It’s a goosebump inciting feeling to touch a piece of paper from the revolutionary war era and wonder who has held this before you. With the huge inventory Timothy Hughes carries, they can’t even read each paper page to page. They try to find all of the ‘golden nuggets’ for you, but occasionally you’ll just come across a gold mine on your own. The front page wasn’t always about what we now consider the most important historical item—Lincoln’s Gettysburg address was hidden on the second page of the paper that covered his speech.

Prices for rare newspapers can range from $25 to $62,500 here. You’d be amazed at the amount of variety you can find…for just $69 you can pick up a copy of The London Chronicle from January 20, 1774 that talks of ‘the troubling tea situation in America.’ A 1666 London Gazette from England runs $455 and mentions the Great Plague, and the “New World”, specifically Virginia. 1666 is mostly remembered for the Great London Fire, which destroyed much of the city just months after this newspaper was published, and for the most deaths due to the plague. That newspaper is one of the few things to survive that year.

We asked Tim his advice for anyone looking to get into rare newspaper collecting. He says ‘Take a sampling of different eras and find out what intrigues you. Newspapers from the 1600s we offer at very low prices, $35 for something that’s 300 years old. Get something from the Civil War and see what you think. It’s an adventure.’