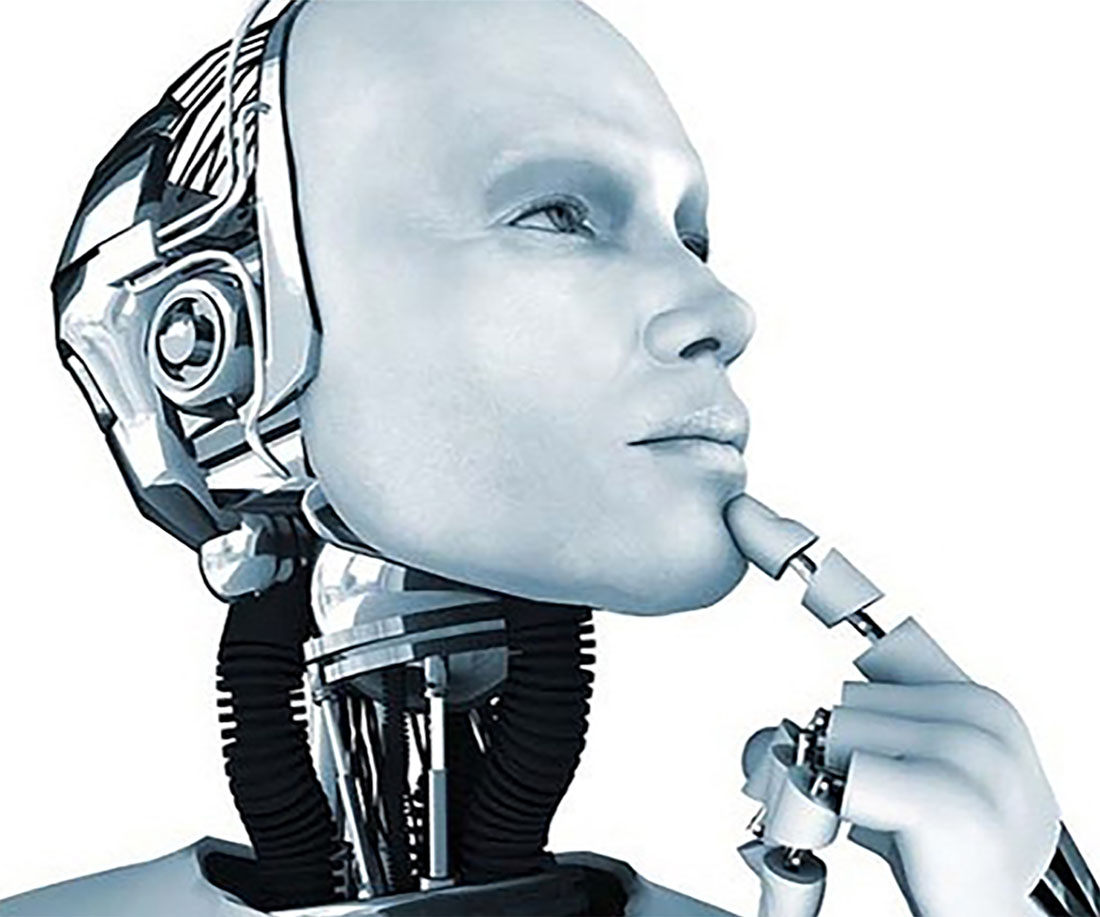 When will you turn to merge and see a self-driving car cruising alongside you on the highway? Will a robot call 30-love on you in tennis? When will that day be? When will artificial intelligence have a real measurable, constructive impact on the median income of workers? When will AI significantly alter management practices within Fortune 500 companies?

It’s a fascinating world that is already changing the landscape of human labor and business. Beyond drones, transportation, speech recognition and call centers, machine learning has emerged as a disrupter in areas such as healthcare, energy and facilities management, and back office processing. Jobs, businesses, and industries are in the midst of a major transformation.

I just attended the MIT Disruption Timeline Conference, a day where leaders from industry, academia, and government gathered to discuss the status and trajectory of AI and machine learning, and to explore what the future may hold in the coming 5, 10, 20 years.

It was a wild 24 hours—here are a few of my takeaways from fantastic thought leaders and the pioneers at the forefront of it all.

Technology is on a Crazy Fast Track

“These technologies are already being deployed widely and are spreading into more non high-tech sectors, as well,” said Christie Ko, Associate Director of the IDE and organizer of the event. “We approach the challenges ahead from a pragmatic perspective, changing the conversation to include not just academics and AI experts, but a broader set of company executives, policy makers, and non-profit leaders. Our goal is to help a greater percentage of the population benefit economically from these technologies now and in the future.”

At the same time, the impact on displaced and disadvantaged workers is becoming a central part of the AI automation conversation. It’s clear that technology is evolving at record speeds—a computer’s ability to see, speak and communicate with humans has made incredible strides in the past decade alone.

“Deep neural networks with better algorithms, rules, and learning capacities are challenging humans in everything from poker to legal research,” said Erik Brynjolfsson, Director of the MIT IDE, told us. “A robot is a peripheral brain,” Gill Pratt, CEO of Toyota Research Initiative, told attendees, “and data analysis, sensors, and the Internet have significantly accelerated AI developments. Besides autonomous cars, Toyota is developing smart home companions and assistants for the elderly.” 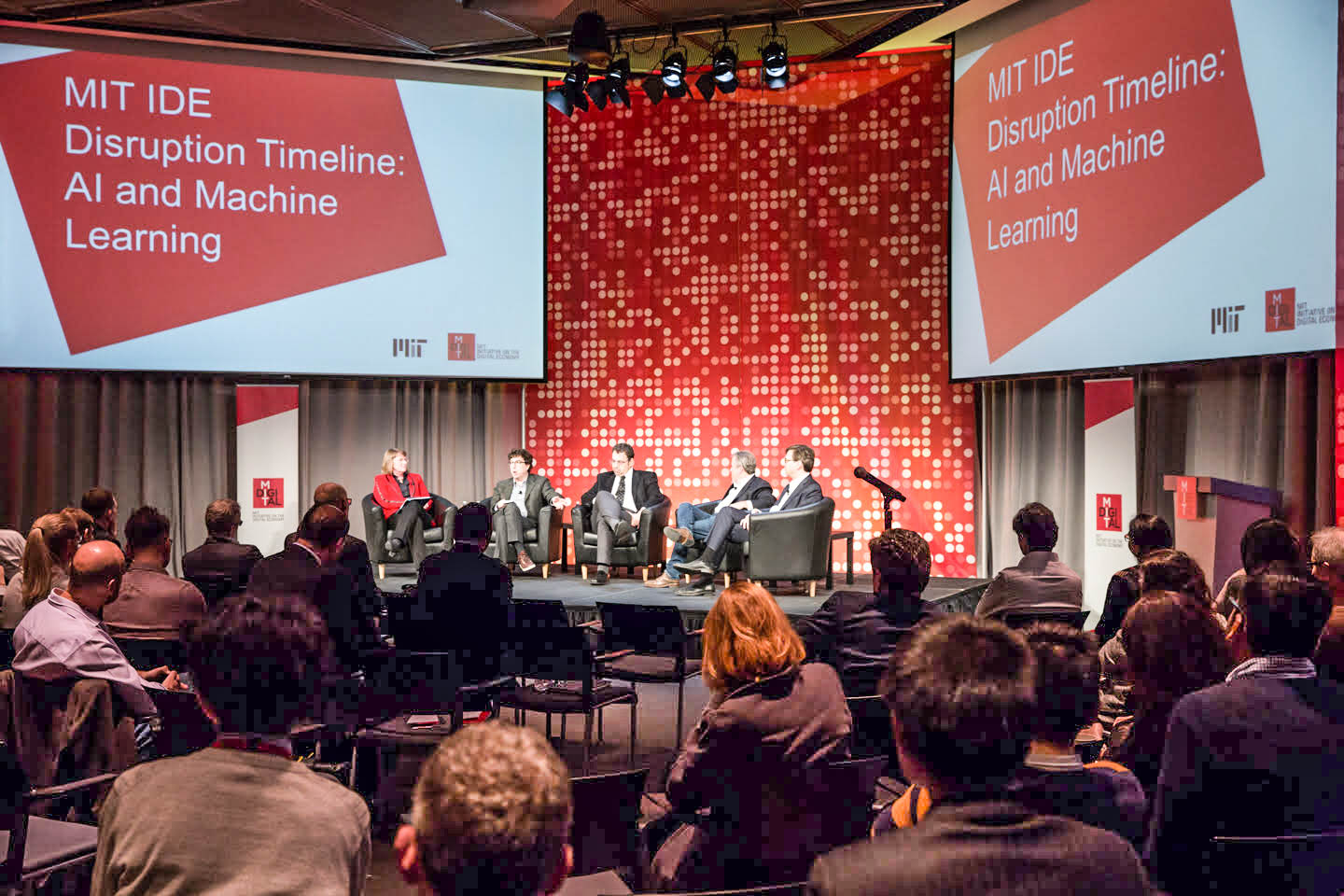 Professor Manuela Veloso, of Carnegie Melon University, spoke of “collaborative robots, or co-bots, that can serve as interim solutions between human-only work and totally autonomous machines. Complementary human/machine interaction is now commonplace and AI is being phased in incrementally.” “It’s necessary to temper overinflated expectations, but we also need to do a better job explaining AI to businesses, and how it will be phased into the enterprise,” said Accenture Managing Director, Nicola Morini Bianzino. “We took repetitive tasks away from workers, but didn’t replace them. What’s needed is nothing short of a redefinition of work as we apply AI, as well as better education and training.”

One of the surveys presented showed that corporate execs are worried about the disruption, but not enough to hold back initiatives. Fully 88.5% expect to invest in AI and machine-learning in the coming decade, and 68.9% report that investments in AI are already underway, according to The 2017 Big Data Executive Survey from NewVantage Partners.

Restructure the Economy when Jobs Change

That probably means job loss. MIT’s Autor says the challenge is how to “create good jobs along with new technology; and to prepare workers for the gig economy when social safety nets are lacking.”

Exxon: Reputation is everything

VC Albert Wenger of Union Square Ventures left us with this thought rattling around in our brains: “We can’t reframe everything in terms of full employment; we should be more honest about what work will look like… jobs will go away. Going forward, we need to ask how to restructure the economy when jobs change.”

Dealing with that may be the toughest part of the problem, and where we need the most help.

Special thanks to Paula Klein of MIT’s Initiative on the Digital Economy for her contributions to this article.