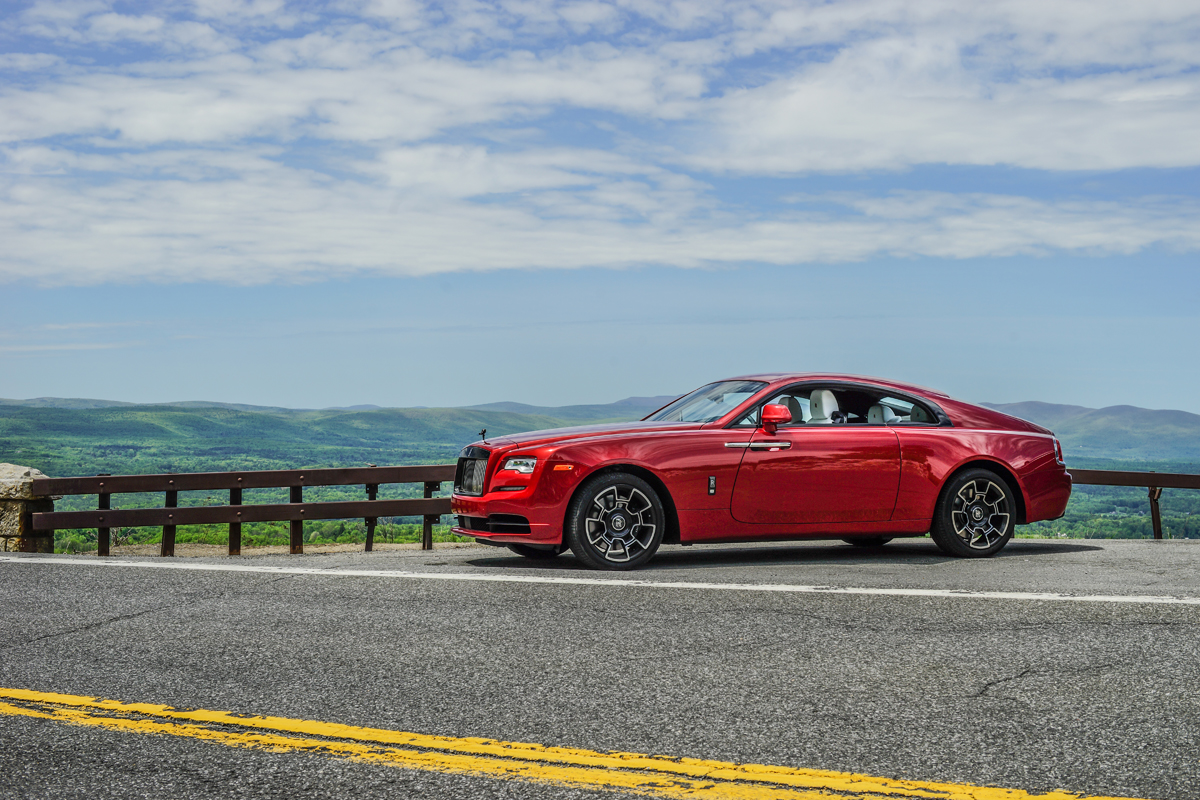 The New Black Badge Wraith Is The Baddest Rolls Royce, Yet

Like lots of hustling entrepreneurs, I always told myself I’d buy an exotic car after I made my first million. It would be a reward for all of the sleepless nights I poured into my empire without thanks. Rolls Royce was always up there on the list along with the other usual suspects, but there was always something a little too opulent to put it in the top spot.

Something was missing. It needed something a bit darker, a bit wilder, a bit meaner. A little more Rock & Roll. A little less Elton John and a lot more Johnny Cash.

Then Rolls Royce introduced their new Black Badge Wraith to the market. That. Changed. Everything.

For its maiden voyage, I brought the Black Badge–the only Rolls Royce ever factory-painted Cherry Red–out from the belly of Hells Kitchen to visit the ink-sleeved parlor of the infamous Mike Rubendall’s Kings Avenue Tattoo shop on Long Island.

The first thing I noticed after closing the door to the Wraith in the middle of Manhattan was the familiar pristine silence that only a Rolls Royce can deliver. All around me I could see taxi drivers honking, construction workers yelling, and lovers quarreling. But I couldn’t hear it. Rolls Royce is known for making the quietest cars in the world, but that’s nothing a little Jay-Z can’t change.

With a Perrier in hand and the bass of 99 Problems hitting the bespoke audio system with thunderous precision, I leaned into the 48 valve V12 and headed for the Long Island Expressway towards Mike Rubendall’s needle.

The Wraiths engine delivers a phenomenal 624bhp—making it the most powerful Rolls in the world governed with a top speed of 155 mph. We can tell it can go faster. It wants to go faster. At speed it feels like it’s floating and ninety feels more like forty.

With a low purr that only a refined 6.6L engine can deliver we pulled up to Kings Avenue in the most bad-ass fastback coupé ever to leave Goodwood.

Mike’s not just famous, he’s two-and-a-half-year-wait-list famous. He’s one of the best and the baddest in the world even though he’s so humble you’d never know just from meeting him on the street. It’s no wonder the Black Badge felt like it was coming home, like Drogon to Meereen, rather than showing up for the first time.

As I lay under the bright light of Mikes studio the only two things I can hear are the buzzing of the needle and the excited chatter of the guys in the shop as they check out the Wraith. Everyone’s reaction is different. Some guys pretend like it’s no big deal and others make no effort to hide their enthusiasm. I’ve driven over a hundred exotic and rare cars so I usually play it cool but after driving this beast for just one morning I can’t help but crack a smile.

Then the needle hit my skin.

The buzzing of the needle mimics the susurration of the Wraiths’ 48 valve engine. As Mike focuses more I can see him wipe away some blood. It’s Cherry Red.

Bandaged and freshly-inked, I walk outside Kings Avenue to the beauty of those 21 inch carbon fiber wheels and exposed branded calipers. Between the blades of the layered carbon fiber you can see the massive disc brakes that help make the nearly fifty-five hundred pound Black Badge feel almost weightless.

I slide back into the plush comforts of the Wraith and am immediately welcomed by the beautiful mix of power and pleasure. With the touch of a button she comes back to life and the iconic Spirit of Ecstasy hood figurine emerges from it’s slumber. As the name suggests, like all of the iconic badges on the car, she is painted black.