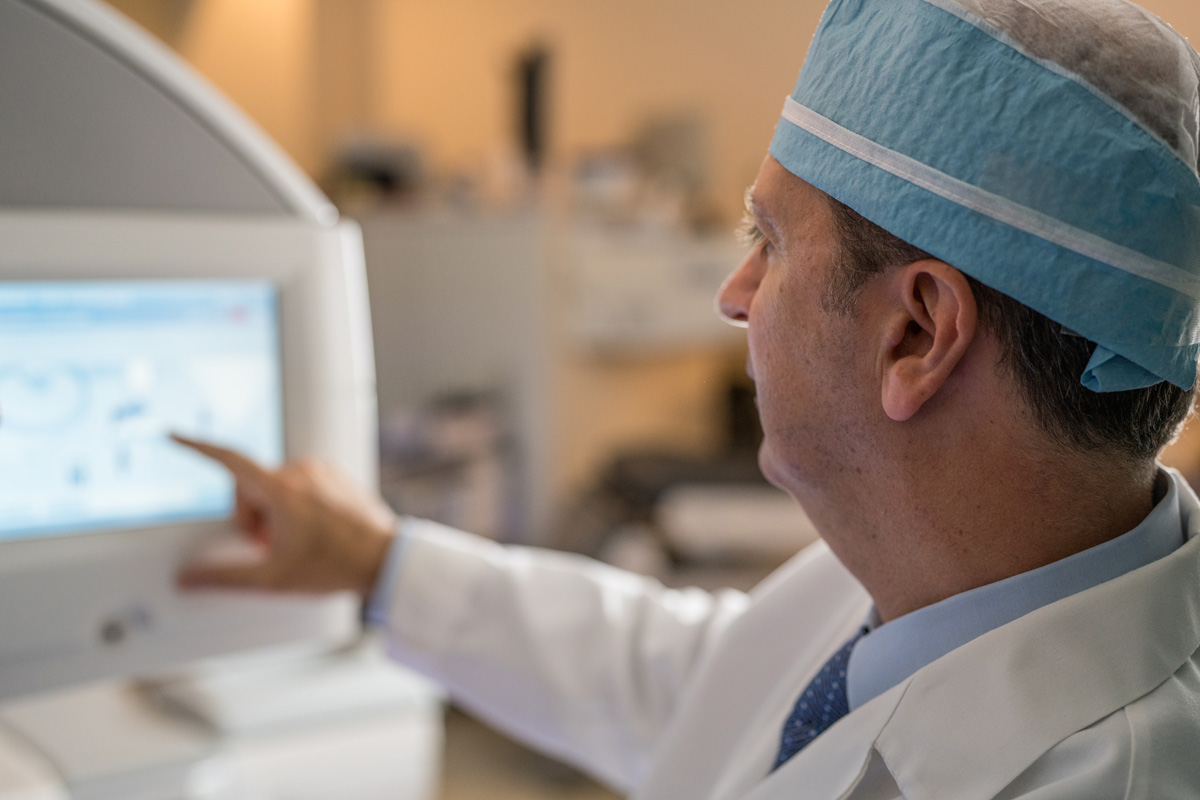 For years I’ve been the guy with the collection of cool glasses. I had glasses in every color. Blue, black, red, you name it and I had it. My glasses were my trademark. But I couldn’t stand wearing them.

Whenever I’d go skiing I’d have to wear glasses under my goggles and they would invariably fog up. Heading into the lodge for an Irish Coffee? Forget it. The lenses became a wall of thick Scottish fog. Want to go snorkeling in the Caribbean? I did it. I snorkeled for miles and could only see what was immediately in front of me despite having crystal clear water around me in every direction.

The list of inconveniences is endless. When I would go winter mountaineering or ice-climbing I’d get a layer of frost built up on my lenses. Let’s not even get into the headache of wearing a full-face helmet on a motorcycle ride or a day at the track. If you’ve ever tried to live an active lifestyle and wear glasses you know what a massive inconvenience it is. But, like all other daily inconveniences, you get used to it.

So, earlier this year, I did the obvious thing and went back to the optometrist to get contact lenses.

He put some numbing drops in my eyes and I practiced taking the contacts in and out. Everything seemed fine. My eyes were a little dry at the office later that day but, otherwise, my eyes felt fine and I was finally free from wearing glasses! That night I came home from the office and my nightmare began.

I could not get my contacts out.

I stood there, a thirty-three year old grown man—a man who frequently regales guests with stories of bull riding, mountaineering, car-racing and other Hemmingway-esque pastimes—with tears streaming down my face as I tried to claw the contacts off of my corneas.

Nearly three hours later and my wife finally took them out for me. Contacts and I, clearly, were not meant to be. And to think, I had bought a ninety-day supply that morning.

Lying in bed that night I realized contact lenses weren’t all that different from glasses. I’d just be replacing one daily inconvenience with another. That’s when I seriously began researching LASIK.

The idea of LASIK, despite having existed for over two decades, still made me a little reluctant. To think I was going to have lasers shot at my eyes when I couldn’t even take out my own contact lenses seemed, well, a little ambitious. I did not want to mess around with my sight so I went into full research mode. I had a lot of questions about LASIK and, like everything else in my life, I wanted the best.

That’s when I came across Dr. Niksarli at the Manhattan Lasik Center. I had already met with other eye-surgeons but I just didn’t have the right feeling about them. I was essentially going around New York City interviewing eye surgeons and, after meeting him and his team, I finally felt like I could trust another human being to conduct elective eye surgery on me.

Dr. Nikarsli is a Cornell trained ophthalmologist who has helped successfully sharpen the vision of more than 100,000 eyes using some of the latest technology in his field. He only performs Lasik and laser vision-correction surgeries, so he is extremely specialized. That’s exactly what I was looking for.

Manhattan Lasik Center has been headquartered off Park Avenue in Manhattan since 1998 and now operates 3 additional locations in Roslyn, Paramus, and Edison, New Jersey. They are the only  practice in the Northeast with 5 different lasers in their NYC laser center—one of which is the latest Zeiss Visumax femtosecond laser which allows Dr. Niksarli and his team to create the thinnest corneal flaps in the world.

Their Zeiss laser is also able to perform the SMILE ReLex procedure which is a no-flap, no-cut, no-burn, minimally invasive, painless recovery laser procedure. Dr. Niksarli and his team have been at the forefront of this revolutionary technology, ahead of leading institutions like Harvard and Stanford Universities. In fact, Dr. Niksarli performed the first successful SMILE procedure in the Northeast earlier this year at his Manhattan Lasik Center.

When asked what inspired him to get into the vision changing world, Dr. Niksarli told me “Ophthalmology was the answer to my passion.  It combined medicine with cutting edge technology, especially when laser vision correction was first FDA-approved in 1995.  Today we perform the most exacting surgery on the human body, with microns of accuracy, utilizing lasers where each pulse reshapes ¼ micron of corneal tissue.  Each cell in our body is about 10 microns in diameter.  We are essentially at a sub-cellular level of accuracy.  Only genetic engineering aims at a smaller scale within our bodies.”

Five days after my initial consult I was sitting down for the completely painless—and life changing—procedure. Because it is a somewhat routine procedure for doctors like Niksarli it may seem rather unextraordinary to some. It’s easy to forget that day-in, and day-out, people are living better lives because of procedures he does as routinely as one might make a pot of coffee. In reality, the procedure is nothing short of miraculous for those who experience it first hand.

The entire bladeless LASIK surgery took about ten minutes from start to finish. The actual laser part only took about twelve seconds per eye and, with the aide of some valium to calm my nerves, it was far easier than trying to wear contacts!

I spent the next day in bed relaxing my eyes to try and get the best recovery as possible. They say the recovery doesn’t need to last that long but I didn’t want to take any chances. Plus, it’s nice to have someone wait on you hand and foot every now and then. For the first few days my eyes were a little sore but my vision was immediately better. In fact, I had corrected to better-than-perfect vision.

My eyes had recovered so quickly that eleven days later I flew to Oklahoma City, picked up a motorcycle, and rode it 1,636 miles back to New York through two-and-a-half days of bright sunshine and alternating rain storms. To say that I’m excited for the ski season is a understatement.

The only downside to having LASIK done is the CrossFit effect it has on your conversational topics. Once you’ve had LASIK you can’t shut up about how great it is!

This article is brought to you by Manhattan Lasik Center as part of Alister & Paine Magazine’s Direct Publishing. Manhattan Lasik Center is the top LASIK center in New York, operating additional centers in Roslyn, Paramus, and Edison, New Jersey. The practice was founded by Dr. Kevin Niksarli and specializes in the most advanced, and least invasive, vision correction procedures available today. Thinking about getting Lasik Surgery? Download the free Lasik Info Kit.