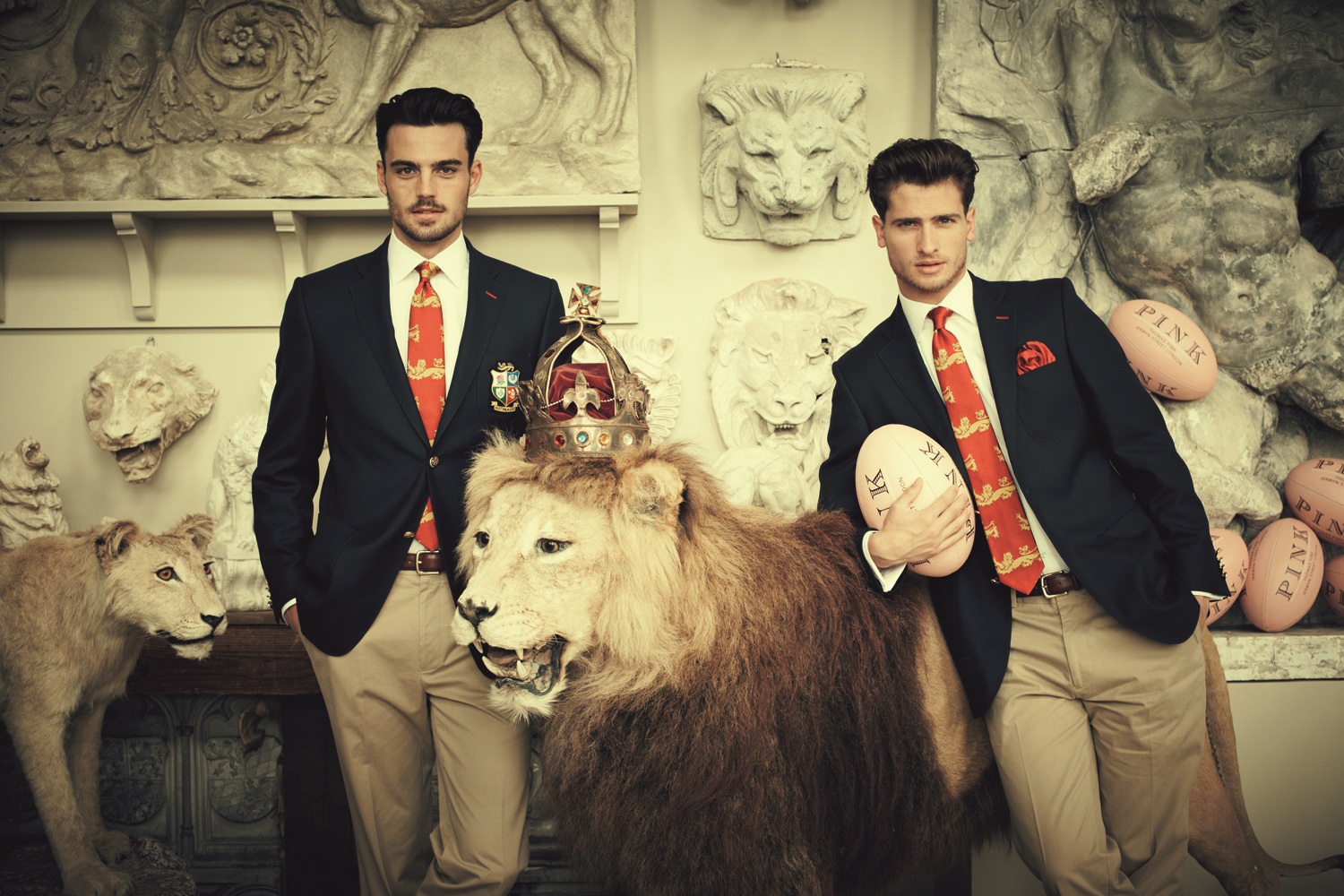 Jonathan Heilbron, CEO of Thomas Pink and Nina Dobson, Senior Men’s & Accessories Designer on the authority of a Thomas Pink shirt and the ‘British-ness’ that makes them so successful.

Alister & Paine: How have you managed to keep Thomas Pink fresh, simple and classy?

Jonathan: What we’ve done very well is taking trends that are coming forward and interpreting them for our customer. We could become very ‘fashion’, but the majority of our customers are not fashion forward and are looking to us for guidance as to how fashionable they can be. Take the penny collar and making that into something even an investment banker can wear, whether it’s the fabric they use or the colors.

Alister & Paine: What trends do you see in the workwear world?

Nina: We’ve seen a general relaxation in how people are dressing for work, but whether jackets or ties come and go the shirt remains the focus in the work wardrobe. We have a new range called ‘Informal’ which really plays upon that and using a slightly softer feel to the shirt. It’s about the versatility that the shirt can bring to the work wardrobe.

Alister & Paine: What is your favorite piece of clothing?

Nina: Something I picked up a few weeks ago in Tokyo, a really amazing work wear men’s jacket, but it’s Japanese so it fits me perfectly. It’s an old French piece that’s been totally bleached by the sun, a very soft blue that’s been worn and loved to death. It’s been repaired by I imagine a loving wife, stitched and fixed through every little detail. I’m quite in love with that at the moment.

Alister & Paine: One word to describe the Thomas Pink vision?

Nina: Authority. We know about shirts.

Alister & Paine: How was the e-commerce switch?

Jonathan: We were e-commerce capable back in the turn of the century, so we were very early adopters to it. The big decision came when we stopped doing mail order catalogs and did everything entirely through the web, that was a big switch. Web is a separate channel, but it isn’t really. It’s all about how we provide the customers with the experience and quality of product wherever they are.

Alister & Paine: Tell me about the brand.

Jonathan: We are bold and nonchalant. It’s a gentlemanly elegant aristocracy. It’s a whimsical fanciful quirk. It’s an adventurous colorful bold and a cool calm collected nonchalance. Not snobbish or trying too hard. There’s humor, charm and style in there.

It started with a tailor in the 18th century in London very near Jermyn Street and he made the best hunting coats you could buy. The expression ‘Hunting Pink’ comes from the bright scarlet seen in the fields that was made by Thomas Pink. You get the tension of this guy in London making this beautiful coat to be worn in the country but also by the dandies in London and German Street heritage that came with it. It’s a bit like a coat of armor in a way, you put your hunting coat on and your ready for whatever lies ahead.

Jonathan: It is innovative, supportive, competitive, friendly and stylish. But then I would say that, wouldn’t I?

Alister & Paine: Tell me about the global expansion you spearheaded.

Jonathan: It goes from the big to the little. The biggest challenge is selling the aspiration and emotion and getting the story across. Then it’s the minuity of the detail of doing everything that we do over here as well if not better abroad. As we grow the heritage and ‘British-ness’ becomes more and more important.

The British are generally shy and retiring about our nationality but we know in America and China it’s a big selling point and something we should rightfully be proud of.

Alister & Paine: What is your definition of British-ness?

Jonathan: Do you remember Chariots of Fire? It’s a film with a scene about the 1924 Olympics. It’s the British team and you’ve got this Lord at his estate. He’s a hurdler. He puts out these hurdles on the lawn with a champagne glass on each hurdle, and he jumps over all of them. Not a drop of champagne is spilled.

Alister & Paine: Jonathan, what was your favorite shirt ever?

Jonathan: It was the first Pink shirt I ever bought. I had it for 20 years before I finally decided the frayed cuffed collar that gave it real authenticity and that demeanor had been loved and worn enough. It was a lovely shirt that became part of me.