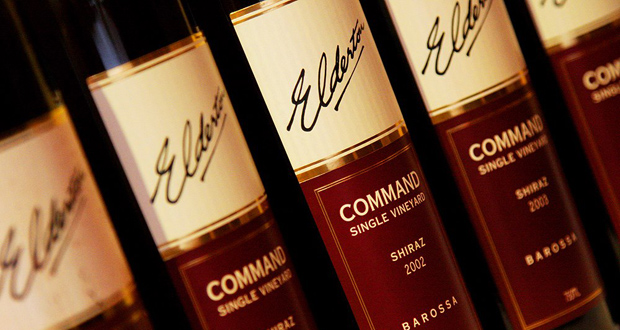 [review] Sometimes, just sometimes, a wine comes along that stays with you forever. A memory is forged like a red hot sword and that first sip lingers in your taste buds, yearning for more, begging for one more drop. We found that sip in one of the best Shiraz we’ve ever had the pleasure of tasting from one of Australia’s most beloved vineyards. Elderton Wines is nestled in the heart of Australia’s Barossa Valley, our new favorite watering hole. It’s full of little jewels and surprises, wines that excite and delight with every new discovery.

Elderton Wines has been the darling of the wine world since the early 1990’s with raving endorsements by James Halliday and Robert Parker.  The vineyard was actually planted in 1894 and is now a small, family owned and operated winery. The Ashmead family purchased the winery in 1979 and restored the property to its full glory, producing their first labeled bottled estate wine from the 1982 harvest.

It’s very special to continue a legacy that was started by our parents, realising that most of the hard work we are putting in now will benefit our children and their children. We are very lucky to be the custodians of some of the world’s oldest and most phenomenal vineyards, and also to be involved in an industry that provides good times, and hopefully puts a smile on people’s faces. – Allister Ashmead

The goal of the Ashmead family is to produce world class wines from entrenched varieties grown in the Barossa from their own vineyard holdings.  The family celebrates the individual terroirs of each of their sites and produces wines that show true regional history and character, varietal definition and a healthy slice of their robust personalities. Elderton sources only the best of the best, and it shows in every bottle.

The real strength behind the Elderton success is the ancient 72 acre Barossa Floor Vineyard, which produces fruit of the highest quality year in year out. Each block on the property is cherished but one of the major standouts is the 116-year-old Command Shiraz block. It’s an pure honest wine that proudly displays it’s age in the soil it was grown in and the grapes it comes from.

The Elderton Command Shiraz has had an enviable reputation since the first vintage in 1984. With powerful lashings of chocolate, violet and a shock of cedar the 2008 Command vintage is a rich and generous wine. It starts with dark chocolate that leads the way into plums and spicy black pepper flavors, persisting through to a fleshy finish.

It’s held together beautifully with refinement and amazing focus…an intellectual wine that makes you think about the history in the glass before you. Deconstruct each sip, reverse the steps in your mind, from the liquid to barrel, the stomping, the plucking, the vines, the roots, the soil that all sprung together to create this masterpiece of lusciousness.

The Command is an expression of place, an exclamation of spirit and a legacy that the family will preserve for generations to come.