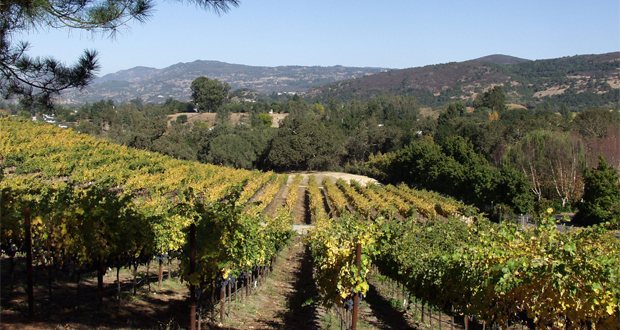 [review] There are many Cabernet Sauvignon’s in the world—plenty of pleasant bottles that pair well enough with a big steak dinner and are gone from your memory by morning. Then there is the other type of Cab, the kind that gets under your skin and lingers on your taste buds, yearning for another taste. That’s our favorite kind and the 2009 Robert Craig Affinity Cabernet Sauvignon does just that.

Robert Craig has been in Napa for thirty years now, pioneering the mountain vineyards with a visionary new wine style for mountain Cabernets that emphasizes ripe fruit, supple tannins, and early balance and integration. A self-declared “mountain man” Bob developed over 300 acres of vineyards in the ‘80s and spearheaded the campaign to have Mt. Veeder designated as a special appellation district. Eventually he realized his dream of starting his own winery a few decades ago, focusing on hand crafting small quantities of Cabernet Sauvignon from great winegrowing appellations of Napa Valley.His first Cabernet debuted in 1995.

Robert Craig’s winemaking philosophy is that Cabernet Sauvignons should be made with minimal intervention, so that unique vineyard qualities are displayed in the finished wine. Distinguished by concentrated varietal character, appealing aromas and intense fruit flavors, these Cabernets are balanced, integrated and luscious upon release, while offering great potential for long-term aging. The winemaking regimen is undertaken with great care and attention to detail. Each vineyard block is monitored as harvest approaches to assure the proper degree of ripeness, and grapes are picked in small lots.

Created by Robert Craig in 1993, this classic Napa Valley Bordeauxstyle Cabernet Sauvignon is always predominantly Cabernet Sauvignon. Petit Verdot is added to the blend for concentrated flavors and a touch of Malbec for further weight, complimented by silky Merlot and Cabernet Franc spice. The fruit is hand-picked, hand-sorted and kept in separate lots during fermentation and barrel aging. Unfiltered and unfined.

The Affinity estate vineyard is located to the south of Stag’s Leap, in the southeastern foothills of Mt. George. The Bordeaux-like growing conditions produce concentrated black-red Cabernet fruit that provides the foundation for a full-bodied wine of great power and elegance.

The aroma of the 2009 Robert Craig Affinity Cabernet Sauvignon we tasted is a complex fragrance of black cherry, blackberry, cassis and dark espresso, with underlying crushed granite and floral notes of dusty rose petal and violets. The actual flavors are rich, concentrated black and red fruit flavors are wide and deep. The sweet tannins stride down the finish, bringing along black pepper, cigar box spice and a pronounced minerality. All in all, a delicious, dense, racy and balanced Cabernet Sauvignon, perfect for a ribeye. We definitely recommend decanting.

“Nothing gives me greater pleasure than to be in mountain vineyards, where the true character of a great Cabernet Sauvignon emerges from the distinctive soils and climate of those high elevations. -ROBERT CRAIG Vintner