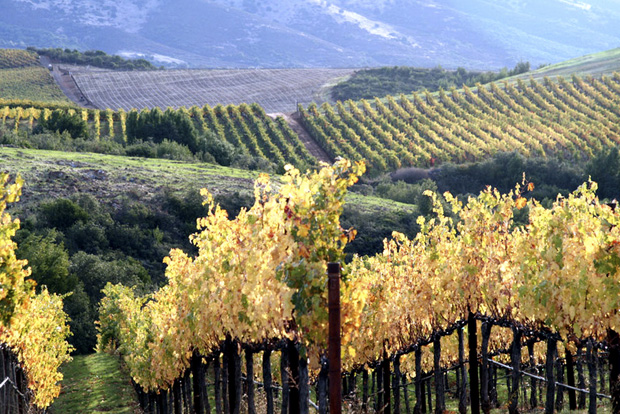 The famed Stagecoach Vineyards out of Napa Valley

[review] The hunt to find unrivaled vineyard land led Dr. Jan Krupp high into Napa Valley’s eastern hills to a harsh mountain site, strewn with rocks and choked with chaparral, straddling Pritchard Hill and the Atlas Peak appellation. A physician with a green thumb and a passion for great wine, Krupp purchased a 41-acre property in 1991 and began clearing the land for his new vineyard.

Since that day the Krupp brand has became a renowned name in the wine industry, known for their incredible attention to detail and some of the best vino in the valley.

Four years later Jan enlisted the help of his brother Bart Krupp, a sharp businessman with an equal devotion to fine wine, to purchase and clear an additional 750 acres. A half-million tons of rock and debris later, the Krupps had carved two of Napa Valley’s most esteemed vineyards out of what had once been considered virtual wilderness: Krupp Brothers Vineyard and the renowned Stagecoach Vineyard. Surrounded by established neighbors Bryant Family, Dalla Valle, and Chappellet, the Krupps’ low-yielding vines today produce fruit sought after by some of the valley’s most iconic wineries. Only a small percentage of select fruit from the two vineyards goes into Krupp Brothers handcrafted wines.

The odds were stacked against the Krupp brothers. They faced a desert mountain landscape with no power, no legal right of access, no known water, and what eventually amounted to one billion pounds of rock and boulder that had to be removed. But Jan and Bart saw potential in their red, volcanic soils. When he bought those first 41 acres, Jan continued work as a full-time doctor and a part-time viticulturalist.  Then, an adjoining 750 acres on the south side of Pritchard Hill captured his attention, and despite its potential pitfalls, neither he nor his brother could be dissuaded.

The pair formed a partnership and the search for water began. They turned to a geologist who identified several potential sites and told them to drill 300 feet. Each time they hit nothing but dirt. With science failing them, they ignored their deep skepticism and hired a water witch, who pointed her divining rod to a patch and instructed them to drill – directly into a river flowing 400 feet underground, which would forever provide water to over half a million grapevines.

Krupp Brothers winery was born. And it didn’t take long for Napa Valley stalwarts like Caymus, Paul Hobbs, Pahlmeyer, and Cardinale to start clamoring for the Krupp Brothers’ precious grapes.

We had the pleasure of tasting the 2010 Krupp Brothers M5 Cabernet Sauvignon, a bold red that really speaks of the unique terroir of the Heart of Stagecoach Vineyard.

M5 is the name of the vineyard block from which all of the Cabernet Sauvignon in this wine is sourced. The wine itself is incredibly deep and dark in color with layered aromas of ripe blackberry, lilac, cedar and black pepper. The first few sips offer a robust flavor that range from briary fruits to chocolate and bing cherry. Beautifully balanced structure with fine grained tannins that are long and lingering. Definitely a big bold red that might seem too strong at first, but with decanting the flavors begin to evolve and within an hour a completely different wine emerges. A great wine to cellar for a special occasion (true anticipated maturity 2015-2025), although we can speak from experience that it will be very difficult to resist once you’ve had a taste…