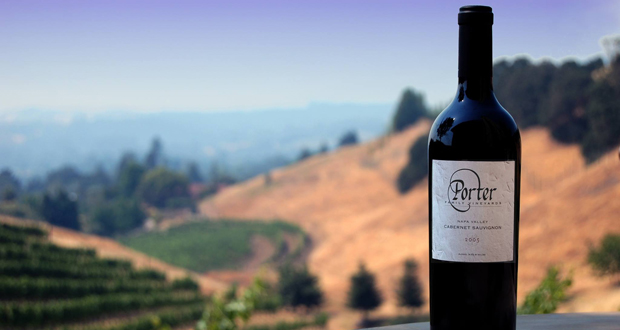 [review] It’s official. The Northeast might possibly be snowed in for the next two to four months – okay, it might not be that extreme but it’s been a helluva winter and it’s time to open a bottle of fantastic Cab and drink away waiting for the mounds of snow and ice to slowly melt away. The ‘forget about more snow’ and ‘don’t worry about shoveling’ wine of the week is Porter Family Vineyards Time Release II, a magical blend of multiple, consecutive vintages of estate-grown reserve Cabernet Sauvignon that captures in a single bottle the subtle nuances of time-aged wines with the fruity exuberance of young wines.

Porter Family Vineyards is a boutique family winery in the idyllic south eastern hills of Napa, above a quiet hamlet called Coombsville. As with Napa in general, Coombsville is blessed with generous amounts of warming sunshine, yet cooled by the breezes from San Pablo Bay.

The vineyards lie amongst these ideal conditions for grape growing. The grape vines, terraced to follow the contours of the gracefully arching hills, are 600 feet above the valley floor, and look out over the breathtaking terrain of Napa. Porter carefully tends to 14 acres, gently coaxing only 2 to 3 tons per acre so that each of the vine’s berries get enough of our sunshine and water to grow into deliciously concentrated fruit. 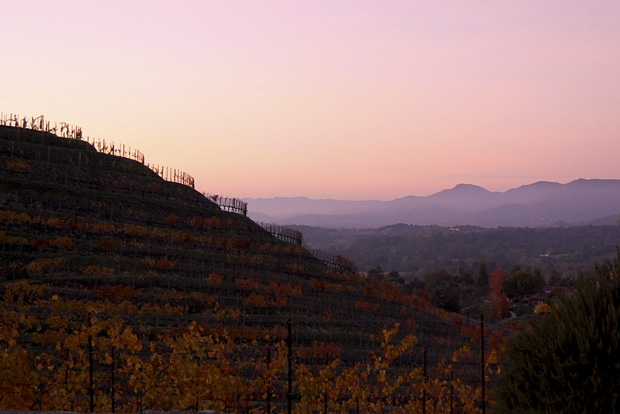 Cabernet Sauvignon loves the conditions in this little hamlet– as do the other famous Bordeaux varietals–Merlot, Cabernet Franc, Malbec and Petit Verdot. Wine lore has it that Syrah loves a view, and our Syrah vines create magnificently rich and round wines when cultivated on our hillside vineyard estate, overlooking majestic Napa Valley.

Tom and Beverly Porter wanted to grow a few grapes and perhaps start a winery one day. But no idea stays little for very long with the Porter Family. All of them are avid scientists and once the family purchased this wonderful property south of the Stag’s Leap district in Napa Valley, they began to study it and discover its joys. During that process, they unearthed an intriguing piece of history which gave us clues to the history of life on Earth itself. Tom and Beverly discovered the fossilized footprints of a sandpiper dating back millions upon millions of years ago, only heightening their wonder and love of this property.

Not wanting to disturb the terrain they had come to know and love, Tom and Beverly decided that the best thing to do was to create an underground cellar in which to craft their wines. So in a hillside in the middle of the vineyard, a winery was created. The only clue to its existence is two entrances on either end. Vines still stand up and around and over the hill.

“The hill actually began as a shoreline millions of years ago,” says Tom. “Over the millennia, it was uplifted into the hills above our vineyard, and then much later slumped downhill to its present location. The tracks of that tiny bird, once on the surface of a sandy beach that was catastrophically covered with volcanic ash, were only discovered when we dug into the hillside to create our winery. Buried many feet below the surface, it was a reminder that we are not the first to tread this ground, nor will we be the last. And it is our responsibility to steward this land in a way that protects and preserves it, not just for our children, but for the planet.” 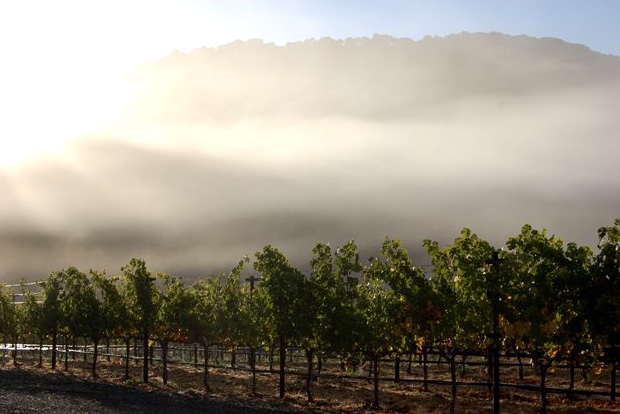 The fossil has now become part of the family, and the sandpiper from long ago now leaves its tracks on every label of Porter Family Vineyards wine. “It’s part of us now,” says Tom. “In one way, we discovered it – but in another way, it has discovered us and led us to understand so much more about this place, and our role in it.

From the hillside vineyards and underground winery, the Porter Family makes small amounts of beautifully hand-crafted wines—each one carrying the unique signature of this place.

During the aging process, the winery avoids heavy handed technique or dominating oak in the wines – choosing to allow the essence of the site be our standard bearer. Through careful blending synergies, they have captured wines with different personalities from this complex location.

One of those beautiful wines is the Time Release II, a lovely limited edition (only 50 cases created) that really showcases what Napa Valley is capable of. Time Release II is a magical blend of multiple, consecutive vintages of estate-grown reserve Cabernet Sauvignon that captures in a single bottle the subtle nuances of time-aged wines with the fruity exuberance of young wines.  An exotic potpourri of spices rise above the glass with cocoa, cherry, orange zest, lavender, violets and sage.  The wine has great length and a firm backbone of structure.  As the wine opens, its youthful side arrives with its darker chocolate and cassis undertones.

Each bottle carries with it the essence of all the vintages that came before, and perhaps through this amazing and unique sensory experience you too will be able to glimpse the future and a mystic peek into the past as the Porter’s once did. 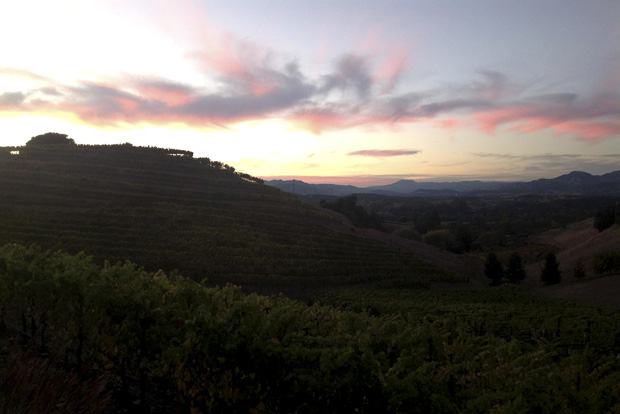