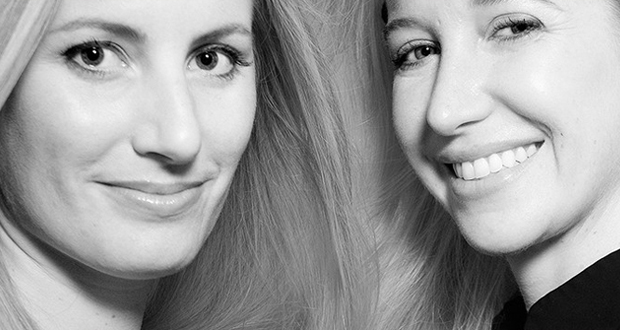 Alexandra Wilkis Wilson and Alexis Maybank are two serious power women who manage to run a wildly successful e-commerce company and happen to hold M.B.A.s from Harvard. Together they launched the Gilt Groupe, the members only site inspired by the sample sales of NYC. So far they have over 2 ½ million members and a platform in Japan.

Alister & Paine: How did you two meet?

Alexandra: We both went to Harvard where we were classmates and the best of friends. I had excellent luxury and retail experience but always focused on the stores in a bricks and mortar environment, whereas Alexis continued her e-commerce internet career path and went to work for AOL.

Alexis: Harvard helped me to think about complexities of management in a new way: how to make better decisions with the data at hand, how to delegate and how to lead.

Alister & Paine: Alexis, tell us about your prior experience with e-commerce.

Alexis: I was at eBay as an initial employee and experienced phenomenal hyper growth at one of the world’s most successful companies. I experienced the importance of hiring rapidly and successfully, in order to build up a strong employee base. I also witnessed a company that did this successfully while maintaining a strong and consistent culture, even when new employees would outnumber the old.

Alister & Paine: What was the strategy for launching Gilt Groupe?

Alexis: To pursue highly coveted premium brands and offer them to a group of customers that began with our personal networks. We wanted to focus on sales bringing in the most desirable brands as partners, and build an exciting site that streamlined the purchasing of products online and allowed you to make purchases in mere minutes.

Alister & Paine: What led you to start Gilt Groupe?

Alexandra: We’re both filled with ideas, passion, energy, and creativity. We felt it was a perfect time in our lives to commit to something that required 24/7 in terms of our dedication, loyalty, and drive.

The Key to Driving Revenue

Alexandra: There is no average day. Out of the office I’m meeting with brands on a regular basis, everyone from CEOs, designers, Presidents, marketing or PR teams, or sales teams to present the Gilt concept to brands or to partner with brands we’d like to work with on a committed basis.

Alister & Paine: How did your retail experience prepare you for the world of e-commerce?

Alister & Paine: In an over-saturated world-wide-web what can our internet entrepreneurial readers do to stand out in the crowd?

Alexis: Pursue an idea you are passionate about, iterate quickly on ideas you have, and be very quick to enter the market. Technology moves very fast.

Alister & Paine: Is this the future of retail?

Alexandra: Brands that haven’t fully invested, embraced, and worked hard to understand e-commerce for their own purpose are missing out. Cartier just branched out to e-commerce—that’s revolutionary.