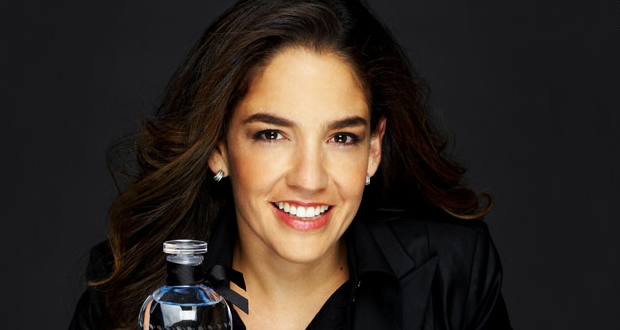 Bertha Gonzalez lives, breathes, and dies for tequila. The only woman to be a Maestro Tequilero (that’s like being a four star General of tequila), she gets down on the agave farm with her own machete and knew exactly what she was doing when she teamed up with Bob Pittman to create Casa Dragones, an extraordinary Joven sipping tequila. The First Lady of Tequila’s exclusive story here.

Alister & Paine: How did you get into the world of Tequila?

Bertha: I was a young ambassador for Mexico in my early twenties and I had to be able to talk about our economy, our culture and our folklore. I went to visit some of our top tequila distilleries and at the first agave field I completely fell in love.

After I graduated from Northwestern I went to work for José Cuervo, the eldest distillery in our industry and worked with them for 10 years. I did everything from global innovation, new business development and global marketing. Every day that passed I wanted to learn more about tequila. A couple of years ago I went to a party in Brooklyn and met Bob Pittman, founder of MTV, force behind America Online, took Century 21 to the digital world, etc. He told me he had always wanted to produce tequila, and I told him I’d always wanted to be an entrepreneur! Here we are a few years later.

Alister & Paine: How did José Cuervo feel about you leaving to start a new brand?

Bertha: I’m not going up against them. What we’re doing is expanding the repertoire of what’s out there.  There are five official classifications of tequila: Blanco, Joven, Resposado, Añejo and Extra Añejo. Tequila has an application of origin just like champagne or cognac, and it’s regulated by the Tequila Regulatory Council. We produced a style that the industry overlooked, the Joven style, which means young.

We make very small amounts compared to the big guys, we only produce 1,000 cases for Mexico and the US.

Alister & Paine: What is your marketing strategy?

Bertha: We’re pretty much marketing Casa Dragones as a fine wine. Part of the magic is making sure people are trying our product, for us education and tastings are key. We believe in the power of focus and that’s why we only do one style of tequila. We have a very meticulous attention to detail in our production process and I don’t want to be distracted with anything else.

Alister & Paine: How would you give a tasting?

Bertha: First, drink the product neat. You should use the official tequila tasting glass by Riedel, the ouverture glass.

Next notice our impeccable clarity. We’re quite obsessed with our color, clarity and body. If you grab the glass and hold it against a white piece of paper you’ll see what I mean. We have a very particular shine that identifies us. If you swirl the glass you’re going to see in the walls how we have long and pronounced legs that translate into a silky body that really enhances the whole experience of taste.

Everyone is a Hero When it is Seventy Degrees and Sunny

The next point is the aroma. I invited some of the most recognized palates in the tequila industry to help me write the tasting notes.  We worked really hard on creating an inviting aroma. Many times in our industry the aroma turns people off and they’re expecting to drink something very strong.

Alister & Paine: How do you serve Casa Dragones?

Bertha: Neat. If people like to serve it on the rocks one or two ice cubes maximum, not much more because otherwise you’re chasing the spirit. No orange or lemon twists, no lime. It’s meant to be drunk straight. We believe in doing all the work so our customers just pour and enjoy.

It’s not about one or two sips, you have to have a glass and let the product unfold so you can really start identifying the smoothness and softness with hints of vanilla, spiced undertones, balanced with delicate notes of pear.

Alister & Paine: Talk to me about being a Maestro Tequilero.

Bertha: After being in the industry for 10 years I turned around and said ‘Why don’t I go for my title?’ So I went back to school, took the exam and am the first woman to receive the title of Maestro Tequilero. I was laughing the day that I got it because everybody had a mustache.  I laughed and said I must have to grow a mustache for you guys to accept me! It was a running joke in the industry, but hopefully there will be many more women that actually decide to get their title. I’m very proud of mine. It’s the highest recognition you can get as an expert in tequila.