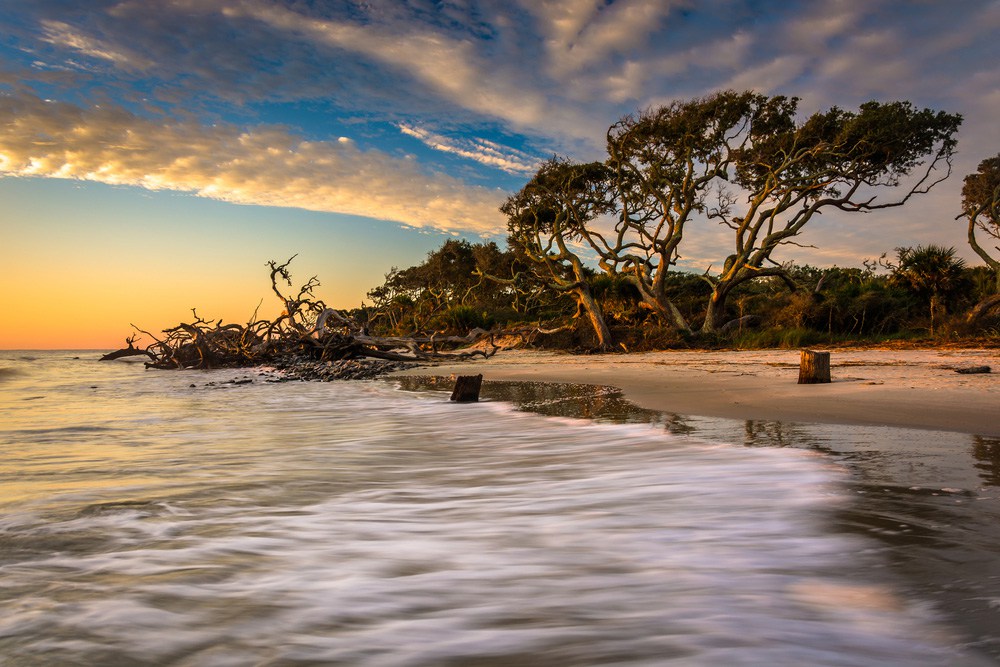 There’s an island tucked away in the Golden Isles of Georgia, far away from the bustle of any big city….an island draped in Spanish moss, lined with oak trees and seashelled paths that speak secrets. To some, it’s a mini paradise for family fun and vacations….but to those who remember America’s economic history it’s where the Federal Reserve was born.

Jekyll Island. Once upon a time, 1907 to be exact, economic panic transpired through the States. More than one bank had collapsed as customers came to collect their funds for fear of unwise investments and misuse of their personal finances. Bank leaders, including Jekyll Island Club members George F. Baker, President of the First National Bank, and James Stillman, President of National City Bank, met with J.P. Morgan over cigars and brandy (well, that part we’re unsure of) to find a solution. That historical conference was a 10 day affair in the clubhouse of Jekyll Island. The island’s obscurity and secluded location was a perfect place for the top secret conference and would soon become the playground for America’s millionaires who were changing the world and its economy with the swipe of their pen.

Ultimately, they decided they would offer loans to any solvent banks….J.P. decided which banks would fail and which would survive, acting as a one-man Federal Reserve problem solver, and the secretary of the Treasury was eager to offer New York bankers use of the government funds to prevent economic disaster.

Crisis averted, scheming conducted at the one and only Jekyll Island, and the Federal Reserve was created. Henry P. Davison, senior partner at J.P. Morgan, was quoted saying that “After we had completed the sketch of the bill, and before setting down to its definitive formulation, it was decided that we had earned ‘a day off’ which was to be devoted to duck shooting.” 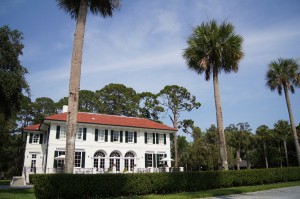 These days, most of the Jekyll Club Hotel has been restored for tourist and vacation purposes, but you can still feel the history in the air and when you meander along the driftwood beaches or have a scotch in the clubhouse bar, there’s a sense of austerity that isn’t found in a centrally-planned resort. An authenticity peeps out from the arched ceiling beams that come to meet newly pronounced paint and curtains. It’s not as ostentatious as some larger resorts but that’s part of the Jekyll Club Hotel’s charm.  People wave as they ride by on bicycles and the horse and carriage ride that moseys on past fits right in.

The recently renovated Cherokee and Crane Cottages offer some seclusion and luxury appeal as opposed to the very nice, but rather typical, Clubhouse rooms. Cherokee Cottage is a villa built in 1904 by the doctor who assisted President Garfield  and has been transformed into 10 apartment style guest rooms, each of which feel like your own private residence.

After a few days on the island, you might be itching to get back to the ‘real world’, but for a little while, being on Jekyll feels like you’ve been a part of history. Rockefeller roamed these roads and J.P.Morgan hunted here. It’s a place with a history like no other, and a refreshing change from manufactured memories in a country where real history is often so watered down and never quite so raw. 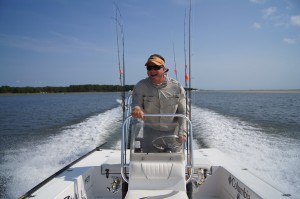 Get a unique view of Jekyll and the surrounding islands by chartering a fishing trip with local legend Captain Griffin on the prowl for whiting, red drum, sea trout, triple tail and other local sea-fare. For confidentiality’s sake we can’t disclose just exactly where he’ll take you on his inshore and near-shore fishing experiences but suffice to say you won’t be without your fill of close-encounters with stunning wild-life including pelicans, seals, manatees, and delicious fish fit for any tycoon’s grill.

We had a quick trip out to explore the island on the 4th of July this year—the irony never escaped us.

Visit Alister & Paine on Facebook for the behind-the-scenes photo-gallery!