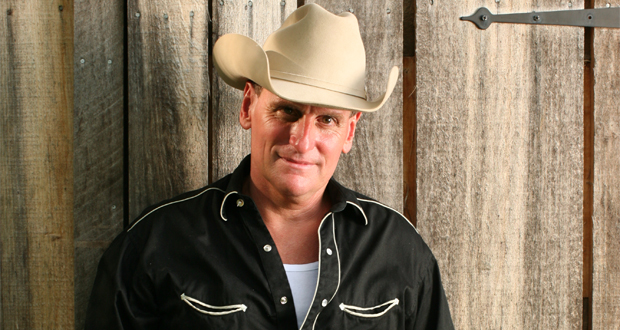 The enthusiasm Ted Jackson holds for his company is infectious and invigorating, similar to the sensation of actually smoking one of his cigars. He is a man who truly loves what he does, and it shows in every syllable and nod. He’s got a passion for life, but most importantly, he’s got a passion for great cigars. Ted’s Cigars created the airtight ‘mini humidor’ system, eliminating the need for a regular humidor and keeping each cigar fresh until you crack open its individual glass tube. They’re also responsible for the revolution and rise of spirit infused cigars in the industry.

As Ted says, ‘We own that category.’

Alister & Paine: How did you get into the cigar industry?

Ted Jackson: Fifteen years ago the cigar craze was in its height and I had bought a young cigar business. I was in other marketing businesses and we were doing licensing work for Maker’s Mark. Bill Samuels, the President of Maker’s Mark, came to me for cigars for their annual Derby party. We experimented with ways to infuse the custom banded cigar Maker’s bourbon, and it was so popular we made it available to the market.

Alister & Paine: What separates Ted’s Cigars from other companies?

Ted Jackson: Whatever spirit we’re using never touches the cigar. We seal the cigars up with the spirits so it infuses into the cigar aromatically and that’s why the glass tube is so vital. If you didn’t have it in a glass tube sealed properly, then it would evaporate. That’s been our secret. Most flavored cigars are sprayed or literally injected with flavoring agents. That affects the integrity.

The glass tube allows the cigar to last indefinitely. However the cigar goes into the tube is how it’s going to stay.

Alister & Paine: How do you stay fresh in this industry?

Ted Jackson: We’re the only guys with major companies who have licensed their brands to us. Maker’s Mark, Grand Marnier, Forty Creek Whisky. We’re recognized, we have a lot of credibility, our products are consistently top quality and our packaging and presentation is superior.

Ted Jackson: I’m not going to tell you that 15 years ago we knew we’d still be in the business and it’d be growing like it has. The logical place for us to begin was through tobacconists, on premise accounts, golf courses, venues where premium cigars are sold. That’s been our initial and primary thrust even today. We also develop in the foreign and duty free markets.

Ted Jackson: The industry is very traditional. They don’t think beyond how it’s been done for the past 100 years. Nice box and presentation, but times change. Most people who smoke cigars are not what you would call ‘regular cigar smokers’. Those folks don’t have humidors. We’re perfect for the serious cigar smoker or a casual cigar smoker. Put it on your desk and when you do want it, open it up and it’s fresh, anytime.

A lot of liquor stores don’t sell premium cigars because they don’t want to fool with a humidor. We’re able to say ‘Here’s a premium cigar that will never go bad.’

Alister & Paine: Are you a serious or casual cigar smoker?

Ted Jackson: Oh god. What a terrible question. I’m a pretty serious cigar smoker. The problem is I have no deterrent. They’re right here! The Ted’s is my go-to cigar. I smoke them all. I won’t pass up many cigars, actually. I’m not a cigar snob!

Alister & Paine: Where do you go to gather inspiration?

Ted Jackson: I have a farm called Devil’s Elbow in Indiana. We go up there and play cards, shoot guns, cook out. It’s a hundred year old barn that I renovated and inspires a lot of the Ted’s brand. It’s not just a man cave, women are more than welcome.

Ted Jackson: You don’t have to have a Lamborghini, a jet or a big yacht to sit down and enjoy a cigar. At the end of the day it’s simply a great cigar. There’s not a lot of pretense around it.

Alister & Paine: How do you enjoy your cigars?

Ted Jackson: It’s a very personal thing. For me, it’s sitting on your porch with bourbon or a glass of wine and some friends. The social aspect of smoking a cigar is ultimately a big part of the appeal. It brings people together, whether you’re wealthy or not. It’s an equalizer.