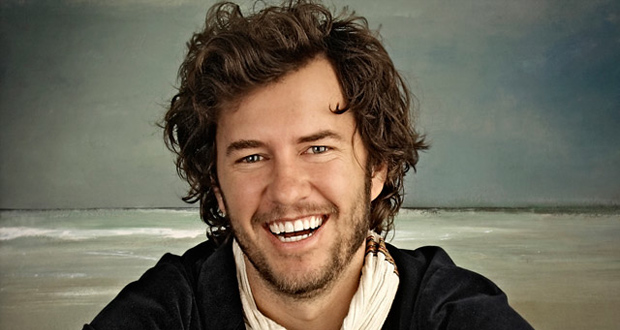 Founder & Chief Shoe Giver Blake Mycoskie is the brainchild behind TOMS shoes, the world’s first One for One business—a for profit company with a feel good factor. For every pair of shoes TOMS sells they give one away to a child in need. Five years and two million pairs of shoes later, TOMS is inspiring thousands of others to follow their dreams.

Blake took a few minutes to talk conscious capitalism, the arrival of the movement and his forthcoming book, Start Something that Matters.

Blake Mycoskie: Five years ago in Argentina I met some volunteers who were helping children get shoes through a shoe drive that came from donations. I wanted to help them but I wanted to find a more sustainable way to give them shoes. The model was for profit instead of non profit because by doing that we could sustain the giving and it would be a better situation. Other organizations are starting to do it now, we think that that’s great.

Alister & Paine: What is the start something small concept?

Blake Mycoskie: TOMS was such a small project, with less than $5,000 in start-up funding. While it is the biggest company I’ve started it’s also the smallest idea. You don’t have to attack the whole world’s global problems; you just have to start somewhere.

Alister & Paine: What was your original marketing push?

Blake Mycoskie: We spent a lot of time developing on Facebook, Twitter, really allowing our community to feel that they really had some ownership in the brand. That comes from the fact that when you buy a pair you have that ownership that you’ve helped someone. We haven’t done any traditional advertising; we just focused on social media. I do a lot of interviews, magazine photoshoots, those type of things because that doesn’t cost us anything and the readers of those magazines are even more attracted to editorial than advertising.

Alister & Paine: Why was this a right time for you to write a book?

Blake Mycoskie: There really is no right time. I get invited to speak so often and I can’t do them all, but I want to share the TOMS story, what we’ve learned and what I’ve learned from other entrepreneurs. By having a book, something that’s for sale, we can match it by giving a book to a child in need in terms of schoolbooks. We can also create this fund that will allow people to go start their next TOMS, or whatever their dream is.

I see TOMS as much larger than a shoe company. I really see it as a One for One company, so everything we do has a One to One component to it.

Alister & Paine: Where did the name TOMS originate from?

Nine Risks You Should Make to Build a Sustainable Business

Blake Mycoskie: We had some cash flow issues in year two and three. We went a year where everyday someone was calling us yelling asking for money.

I’m really happy and proud of how it’s worked out.

We also had some great serendipitous breaks. The AT&T commercial helped a lot, our customers sharing the story hit a tipping point, grass roots efforts.

Blake Mycoskie: It ultimately comes down to capitalism. We’re the conscious. We’re thinking beyond profits. Milton Friedman once said that a corporation only has one responsibility and that is to its shareholders. I don’t believe that. I think we have a responsibility to our community, to our employees, to the world. When you start to think that way and build a business in that mindset, that’s what I would call conscious capitalism.

As an individual or a company, my philosophy in terms of the world responsibility is if you have been blessed and you have opportunity and you have excess, you should ask yourself how can you redistribute that to serve those in need. A company takes a lot from the community…when you take something it’s your responsibility to give something back.