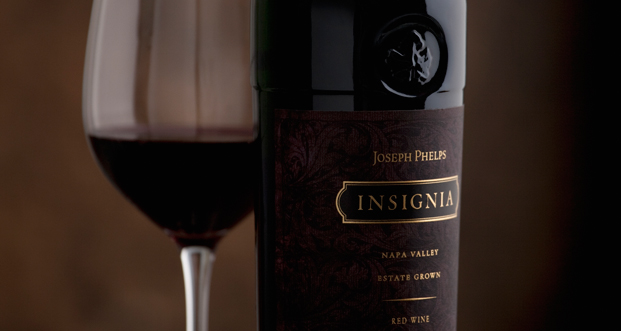 [review] Joseph Phelps has had a life-long love affair with wine. In the ‘70s he took that passion, purchased a former cattle ranch in Napa Valley and opened Joseph Phelps Vineyards. His dedication, attention to detail and tremendous passion for the craft of winemaking has created a brand and a bottle that the world thirsts for.

it’s about creating the very best wine from the vintage we’ve been given; to take what we get from the vineyard and to express the terroir and the beauty of the vineyard in every bottle of wine.

The Joseph Phelps winery was completed in 1974 and that same year the first Syrah was made, the first grapes were crushed at the new facility and the first Insignia produced. It was a period of unparalleled activity, creativity, ingenuity, entrepreneurship and risk-taking…and it put Joseph Phelps on the map of top Napa Valley wine producers.

Nearly four decades later, the flagship wine, Insignia, is recognized as one of the world’s great wines. Awarded Wine Spectator’s “Wine of the Year” in 2005, Insignia is widely regarded as a qualitative benchmark for California winemaking. The 2009 Insignia marks the twentieth consecutive vintage to earn a 90+ point score from Robert Parker’s The Wine Advocate. Just mention the name to any sommelier and you’ll gain instant respect.

Insignia is designed to express a general sense of “Napaness”, a melting pot of perfect vineyards and a bit of history in every glass. The blend for the 2009 vintage we tasted was a perfect storm of Cabernet Sauvignon and Petit Verdot with just a hint of Malbec…the secret weapon that kept us coming back for more.

The 2009 Insignia has a beautiful deep garnet hue with incredible depth and concentration. Aromas of freshly crushed blueberries and blackberries intertwined with baking spices, cigar box and floral notes are followed by seamless tannins, texture and finish. This wine is focused and fresh, with a youthful showiness. You can find the dew drop of rain and glint of sunshine captured in every grape. It’s a plush, rich wine with a deep velvet color and truly terrific balance.

Your Guide to Wine Country: Twenty-Four Hours in Napa

The most critical point in a wine’s life is actually during harvest. The urgency and intensity are great because timing is so critical. If picked too soon, the potential of the grapes is lost. If picked too late, the potential has passed. The 2009 Insignia grapes were picked in the cool dawn hours, the witching hour of wine. The final bottle reveals itself as complex and balanced, expressing a wistful nature that lets you contemplate each taste. A thinking wine, if you will.

One sip of Insignia and you’ll know exactly what we mean.