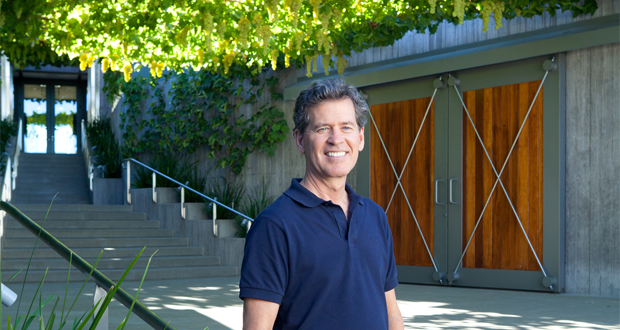 [review] Your first sip of wine never leaves you. It defines you in that moment, creates a permanent palate, and stays with you for better or for worse. It’s one of those times where the importance of it all won’t truly sink in until years later, when you’re deciding what your favorite red is or why you don’t love chardonnay.

For Paul Hobbs, it was an impression big enough to change his life. Paul had his first sip of wine in 1962, a glass of Château d’Yquem served by his father. The taste left him yearning for more and was so compelling that it captured his soul. One sip was all it took. From that evening, Paul and his father decided that they would start planting vineyards on their apple farm in upstate New York and start learning about wine.

The wines we are currently producing are the result of years of perseverance, patience and experimentation in our continuing adventure with wine. –Paul Hobbs

Paul has since made quite a name for himself. He was pre-med at Notre Dame but joined a Wine Club, was reminded of the Château d’Yquem and quickly switched his major and career. He rose to notoriety at Robert Mondavi for his expertise in oak aging, moved to Simi and Opus One in the mid 1980s, subsequently made wine in Argentina (Catena), consulted for Peter Michael, Fisher, Lewis and Chalone, and was involved in a winemaking project in Hungary.

Paul then started his namesake label in 1991, eventually adding his own winery and vineyard in the Russian River Valley. Twice named Wine Personality of the Year by Robert Parker, Jr., Paul continues to be a leading consultant winemaker around the globe.

Stop by the exclusive tasting room next time you’re in California—but make sure you’ve made an appointment. There’s waiting list just to drop by and taste these elusive elixirs.

We conducted our own private Paul Hobbs tasting and found at least one vintage at the winery that your cellar really shouldn’t be without. 2009 began with an abundance of spring rain followed by mild, steady summer temperatures that set the stage for nearly ideal growing conditions. The well‐set fruit ripened slowly allowing for an excellent balance of sugars and acids to develop. The result? A 2009 Cabernet Sauvignon Beckstoffer Dr. Crane Vineyard from St. Helena, Napa Valley that is as elegant as it is exciting.

Seductive. Enticing. Powerful. Even…dangerous. This dark crimson colored cabernet sauvignon is a rich, juicy wine showing a stunning intensity of dark fruit, mocha, spices and a sort of new leather/rich mahogany. Nuances of crushed rocks, graphite and tar are complemented by vanilla, cedar and cigar box. This is not your girlfriend’s Riesling or Ice Wine—this is a masculine red that is pure, rich and focused. It’s a pretty incredible range of intense flavor and graceful balance.

Paul Hobbs knows just how importance that first impression is, and his wines don’t disappoint. Boyish in charm, robust in flavor…the 2009 Cabernet Sauvignon Beckstoffer Dr. Crane Vineyard is a red that could compel your soul with the very first sip. Drink up. See where the wine takes you.