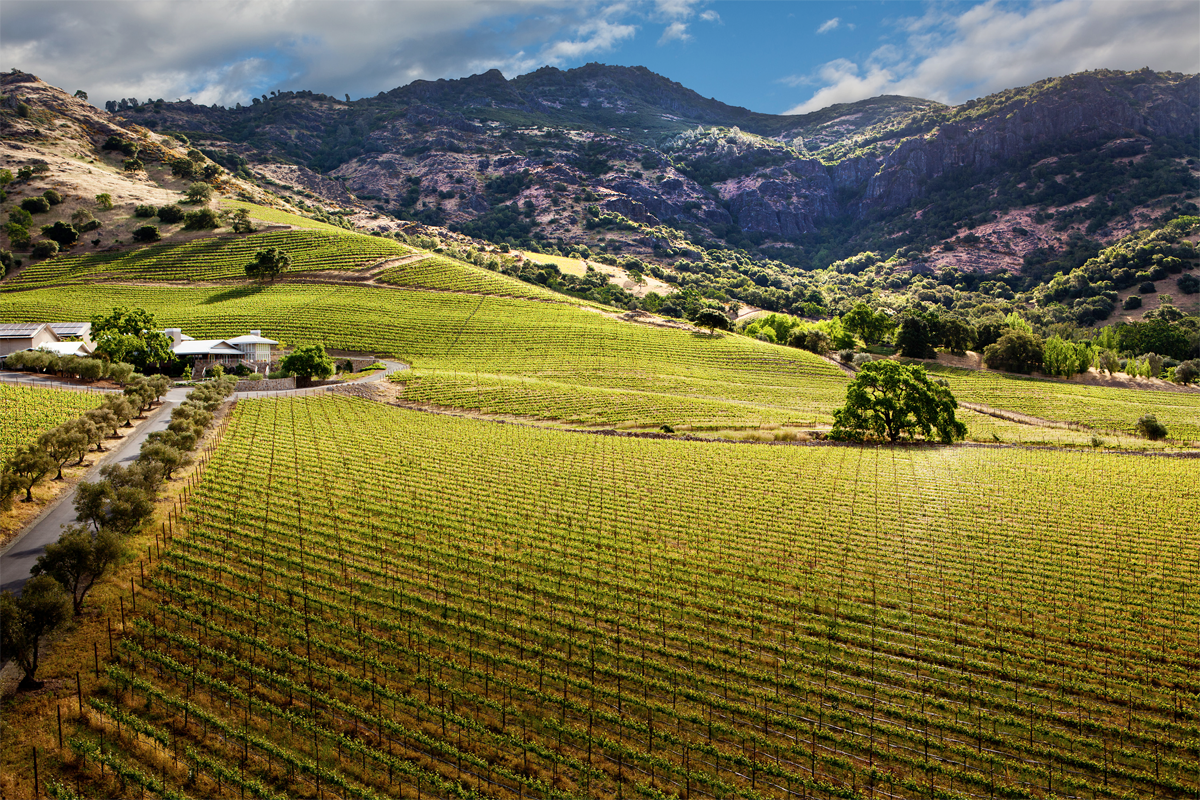 In the golden age of wine Shafer Vineyards has emerged as one of Napa’s most sought after vintners. The Shafer story illustrates how much Napa winemakers have learned and how far they have come, the inexplicable mystery of great wine and how sometimes serendipity and intuition trump experience and technical expertise.

Shafer Vineyards in Napa Valley, California, is an iconic family-owned winery known internationally for their cult Cabernets and elusive vintages. A father son team, John Shafer started the winery as a second career after deciding it was time for a game changer and the bright future of the California wine industry was where his future lay.

With years of trial and error and a great deal of research and perseverance, thirty years later Shafer Vineyards is a household name for any sommelier, wine director or simple wine lover. The Shafer family owns and cultivates 200 acres of vineyards, sources for Shafer’s Cabernet Sauvignon, Chardonnay, Merlot, and Syrah. Their wine, including the signature Hillside Select, are all found in collectors’ cellars and on wine lists in top hotels and restaurants throughout the world.

Their 2008 Relentless Syrah was named #1 Wine of the Year by Wine Spectator. In 2010 they were  awarded Outstanding Wine and Spirits Professional by the historic James Beard Foundation and are the first Napa Valley vintners awarded this honor in 14 years, joining previous Napa Valley recipients Robert Mondavi (’91), André Tchelistcheff (’92), and  Jack and Jamie Davies (’96).

Doug Shafer, President of Shafer Vineyards, told us a little about the philosophy of the winery. “We want the wine to taste uniquely of this place. It took us a few years to get that right but eventually we learned to take as small a role as possible in terms of manipulating the vines or doing ‘cellar tricks’ to make the wine turn out the way we thought it should. We had to learn to ‘listen to the wine,’ if you will, to understand how it could become a true expression of this place.”

Hillside Select is Shafer’s reserve and one of their most sought after vintages, so named because it comes from the hillside vines that surround the winery and for each vintage the fruit selected is the-best-of-the-best to become this wine. It’s 100% Cabernet Sauvignon called “a wine of a place” because it speaks of this special, rugged, secluded growing area within Napa Valley.

Ruby-red with crystallized black cherry, licorice and just a hint of violet it’s a classicly rich Cabernet Sauvignon with a youthful elegance and texture. An alluring perfumy aroma overwhelms at first, but after the proper decanting it’s a powerful glass of dark chocolate, smoke, peppery spice and the slightest trace of vanilla. If you’re loving the wine as is, go ahead and drink up. But the tannins are ripe and refined, holding out great promise for decades and gaining richness and maturity for the next 20 plus years with careful cellaring.

If you can get your hands on a bottle, don’t hesitate. These vintages are rare and truly worth the chase.

My favorite way to enjoy a glass of wine is with people I love. With friends and family, with my wife.
– Doug Shafer

We spoke with Doug about what makes takes a vineyard like his from being great to truly extraordinary. “A great vineyard is cultivated with enormous care, ensuring that the vines get just the right amount of water, that the vines are healthy and in balance, that the fruit has good exposure to sunlight and air. You have to pick the fruit on the right day. Too soon or too late will give you off-flavors and the wine will be out of balance. You have to maintain a clean cellar, you have to pick the right barrels and you have to bottle under stringently clean conditions. Beyond that what makes a wine great is often the company, the cuisine and the mood at the moment it is uncorked.”