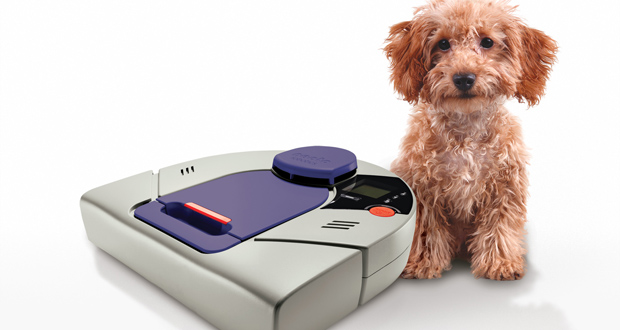 Life can be overwhelming. Sometimes there’s barely enough time in the day to close the deal you’ve been working on, get home to walk the dogs and do anything but have a glass of wine/shot of whiskey and get ready for the next day. There is literally no time for housework. Even when there is time, wouldn’t you rather be reading a great book or just taking a nap on your leather sofa than doing anything as mundane as vacuuming? It’s not as chic as they made it look in the ‘50s. And sure, housekeepers are wonderful—but they only come so often.

That’s where Neato steps in. Household robots have been around for quite a few years now, but those early days were really just experiments. I remember the poor confused little robot we got in the mid-90’s just spinning and spinning, hitting its head on the wall every five minutes…it was a train wreck. Like watching your drunk Uncle Gary try and clean up while he makes more of a mess. But oh, how technology has changed.

You program him (or her) to be your productive alarm clock or the silent stealth housekeeper that does the dirty work while you’re at the office.

Neato Robotics is the future in home robotics. With the first ever laser system that actually scans a room the Neato (or ‘George’ as we named ours) uses a smart path plan and methodical back-and-forth cleaning pattern that doesn’t miss a spot.

The latest and greatest over at Neato is the Neato XV-21, a pet and allergy specific robotic vacuum with extra filters to pick up the dander from your four legged best friends. We put George to the test against a ridiculously furry German Shepherd and a sloppy Great Dane and were genuinely shocked by the amount of fur and dirt he picked up—and that was after a preliminary light sweeping from us humans (it’s hard to trust a robot at first).

At the end of a thorough cleaning session, George (sorry— Neato XV-21) thanks you for cleaning his dirt bin, waves goodbye and zooms back to his charging station where he stays in slumber until the next programmed clean house session.

You might find yourself missing his tiny little whirr and occasional cry for help if he’s caught on the laundry pile. It’s okay. Just press start and the cycle begins whenever you want. Addictive? Perhaps. The most fun you’ve ever had ‘cleaning’? Definitely.