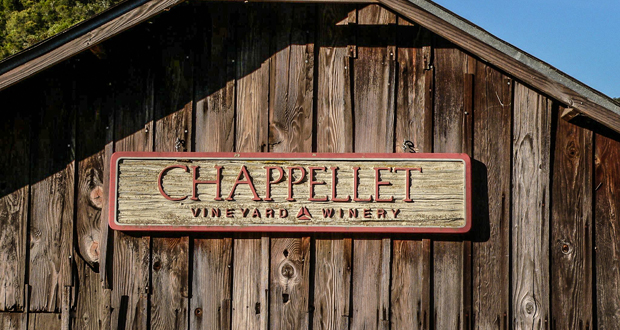 [review]Two thousand nine was a very good year. Well, for Napa Valley at least. It was an odd summer at the Chappellet Winery…rainfall was more than two-thirds the norm for the third year in a row, the normally sticky summer months were cool with an unexpected heat wave in September and a vine shaking storm hit in mid-October. Against the odds something wonderful came out of that summer…something that was bottled and aged to perfect so we could relive every moment of that harvest with the decanting of a bottle and the aeration of a sip.  That year Chappellet harvested the coveted 2009 Chappellet Pritchard Hill Cabernet Sauvignon.

Chappellet is a renowned name in the wine industry, a second generation family of winemakers that were true pioneers in the Napa world. One of the first of a new wave of vintners to arrive in the Napa Valley during the late ’60s, Donn’s mission was to create world-class wines that mirrored the great first growth Bordeaux.

Inspired by the notion that Bacchus loves the hills, the Chappellets followed the advice of renowned winemaker André Tchelistcheff and settled on Pritchard Hill’s rocky slopes, becoming the first winery to plant vineyards exclusively on high-elevation hillsides. The risk paid off and from those Pritchard Hill vineyards, the Chappellets have been crafting extraordinary, age-worthy wines since 1967.

Chappellet wines are created to embody the terroir and the intensity of fruit that have made Pritchard Hill famous. Recognized for their signature mix of grandeur, power and purity, these sought-after bottles are the result of a winemaking process that begins in the vineyard and showcases diversity in every harvest. Chappellet’s Estate Vineyards on Pritchard Hill have been hailed as “Napa’s Grand Cru” and recognized as one of the world’s preeminent sites for growing Bordeaux varietals.

The limited‐production Cabernet Sauvignon represents the pinnacle of Chappellet winemaking, and embodies the elegant power and complexity of Pritchard Hill winegrowing. Like the great Bordeaux wines that first inspired Donn Chappellet, this wine is crafted by blending Cabernet Sauvignon with other classic Bordeaux varietals. Aged to perfection and grown on the famous rocky, mountainside vineyards, it’s a Cab you’ll never forget.

Where to Eat in Jackson Hole

The 2009 Cabernet Sauvignon vintage is incredibly dark in color, sultry and seductive with intense aromas of blackberry, cherry and a spicy finish of anise and plum. It’s a layered, rich and sophisticated wine with an incredible burst of flavor and a wonderful balance…the liveliness of every sip dances on your tongue, taunting you to finish the bottle in gluttonous indulgence. A worthwhile indulgence, we might add.

It’s hard to bottle a sense of place but this bottle does just that. It speaks volumes about the Chappellet vineyards, representing the very best from an exceptional vintage on Pritchard Hill. Open a bottle of this exclusive cab and you can sense the way Donn and Molly’s hearts lit up when they first glimpsed Pritchard Hill’s magnificent vista of forests and wildflower-filled meadows. You can feel the hard work sweat and love poured into making each harvest a true success and taste the perfection of a pioneered Napa Valley in every sip.