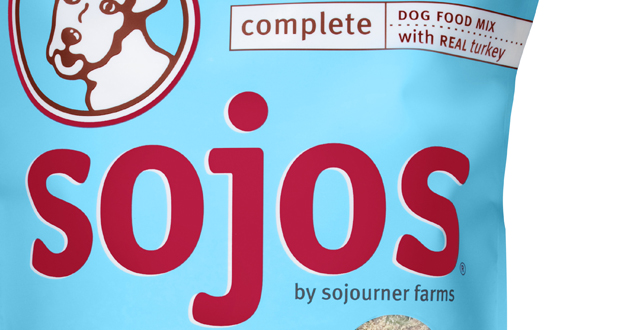 We love our animals more than anything. They are the ones who greet us after an intensely long workday, they stay by your side if you forget a birthday or anniversary, and they don’t care what you look like when you first wake up—they are still eager to give you kisses. Man’s best friend till the end, your dog (and occasional cat) is one of the most important ‘people’ in your life. You want the best for him…so he gets an orthopedic memory foam bed, a chew toy to destroy, a fenced in yard to play in. But the most important aspect of keeping your best friend happy and healthy comes down to his diet, and so often dog lovers are tricked into feeding their pet simply awful food with no nutrients and no real meat.

That’s where a brand like Sojos come in. Sojos LOVES animals. They love them so much that in 1985 they created a raw meat and veggie formula to emulate the original carnivorous diet that canines and felines have been eating for centuries and figured out a way to freeze dry it, so your furbabies are no longer subjected to the McDonalds of the pet food world.

Sojos raw dog food mixes are made from scratch with whole food…it’s like taking the time to cook a lovingly homemade meal for your pups twice a day, without all the effort (who has time to cook for your man AND the dogs too?). Unlike kibble, Sojos has no fillers, no preservatives, and no artificial colors or flavors. Just simple, real ingredients like you’d find in your own kitchen.

We had a chance to talk with Maggie Johnson, who owns and runs Sojos with her husband. She told us a little about the Sojos change they are creating one dog at a time. “Dogs can’t talk to us so they can’t say ‘Oh my god, I feel so good today!’ But we can see it. We see the results in the way our dogs behave and the way they look forward to their next meal after switching to Sojos.

So many dogs have issues and people don’t think that dog is sick, they think it’s just the way they are. Then they transition to a diet made up of real food but the nutrients are still intact, it’s really wild. There’s nothing gimmicky about it, it just makes them feel better.”

What’s different about Sojos than some of the other higher end ‘shelf staple’ just add water type pet foods is that they have their own facilities so they are able to freeze dry raw meat—most brands outsource their production and don’t have that luxury. The enzymes present in the raw meat are what really send the nutrients throughout the body and once the meat is cooked the enzymes get cooked out and more essentials disappear. Dogs are carnivorous—they want raw meat! It’s okay, really. Don’t get spooked by the idea…just remember it’s what they have been doing since literally the beginning of time.

How to Rock the Bow Tie

Frankenstein and Rockefeller (resident Alister & Paine pups and official reviewers of Sojos) don’t care that their bed has cute pictures of bones all over it. They don’t care if their chew toy looks like a newspaper. They don’t even really notice when you put them in your Christmas card. What they do care about is being the best dog they can be, so they live longer and get to be loyal to you for as long as possible—Sojos has that magical ability. Within weeks of switching to Sojos both dogs had way more energy, Frankenstein dropped the picky eater routine and both of them drool constantly in eager anticipation of the next decadent meal. It’s like they think they’re dining out at Daniel for breakfast and dinner daily.

Sojos is truly a revolutionary brand dedicated to making pets around the world live happier, healthier lives—as Maggie says, “Everything we do is true to the original Sojos philosophy that dogs and cats deserve to eat super healthy whole foods, just like we do. It’s simple, easy and intuitive.”