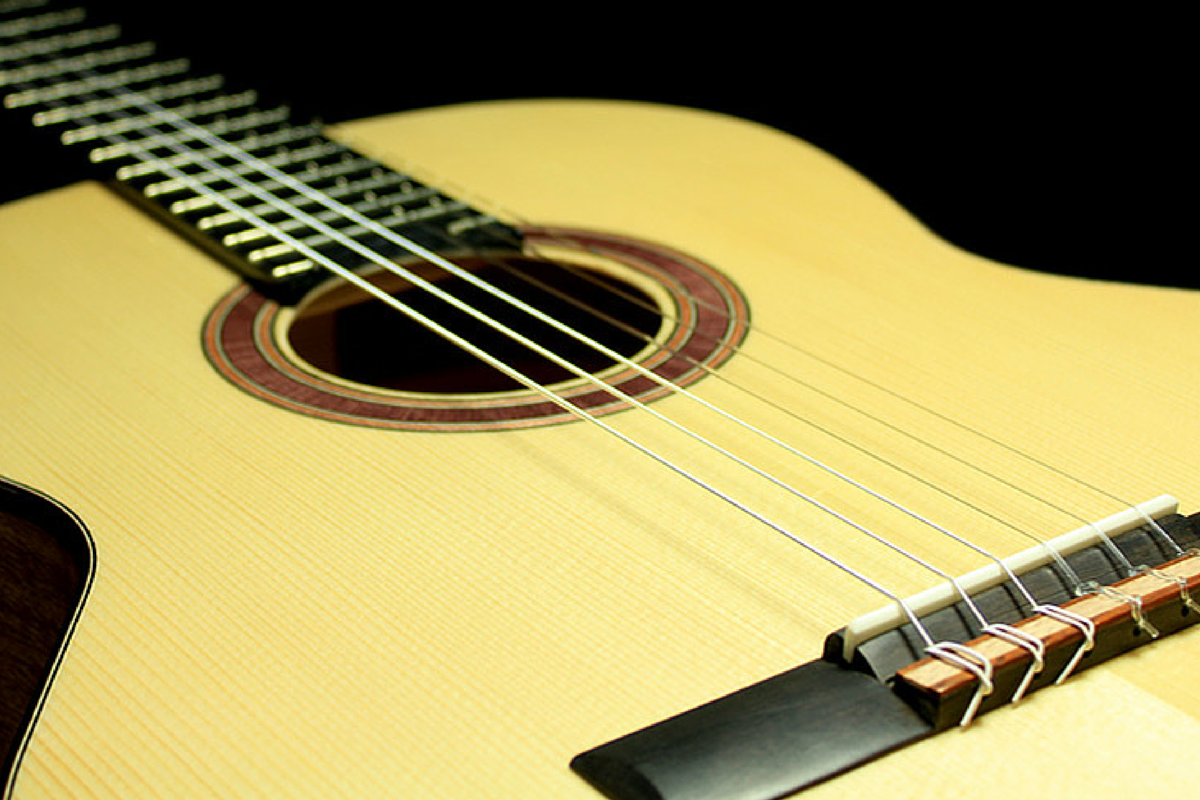 As a dedicated — and, frankly, mediocre  — devotee of steel string guitars for 30 years,  I had rarely considered purchasing a nylon string guitar.  A very wide neck, high action, a seeming lack of resonance for song accompaniment, no pick guard; the objections seemed numerous.  However, necessity is the mother of invention, and two hand surgeries last year (unrelated, I might add, to any guitar pyrotechnics on my part) had sent me on a hunt for a new instrument, one less taxing on the fingers and with a shorter neck for less wrist strain.

As I entered the esoteric world of classical and flamenco guitars, it seemed obvious that I would have to step outside the mainstream companies, from Martin to Yamaha and points in between, who service the steel string industry. While various Spanish and Portuguese manufacturers were interesting, their focus on flamenco — really a entire world unto itself — sent me looking for nylon string experts who also recognized the existence of a world outside classical and Spanish guitar music.

That company is Kremona, a family-owned Bulgarian handcrafted string-instrument company that has been plying its singular trade in Europe since 1924, when it was founded by returning WW1 veteran Dimitar Georgiev, and is now making inroads in the USA, under the name of Orpheus Valley Guitars.

Along with superb violins and classical and flamenco specific guitars crafted at the Kremona lutherie in Bulgaria, Kremona also caters to the crossover market, and I was intrigued by the Kremona Verea model, a classical cutaway, with cedar/rosewood pairings, built-in electronics and a 48 mm neck — considerably thinner than a standard classical guitar, and close to that of its steel string cousins.

A competitive price in the $700 range made this a must-try, and I was not disappointed. An even balance across the entire tonal range makes it an excellent choice for strumming and song accompaniment, but also the piano-like resonance when fingerpicking in the upper range, and resonant bass notes, make this a versatile guitar, and one that encourages exploration of the classical repertoire with very little adjustment for the steel-string guitarist.

Kremona’s wide range of instruments also includes a series of 3/4 and 1/2 size guitars of a high quality, to suit students and travelers alike looking for a smaller guitar that does not sacrifice playability. One should note also the aesthetics and lovely finish of the Verea, and indeed the whole Kremona range, ensuring peer interest for both weekend warriors and professionals alike. Since Kremona USA is a relatively new offshoot of the Bulgarian parent company, it is a good opportunity to purchase a high quality guitar that might not be familiar to other players here in the United States.

Wishful thinking that the Verea may improve my playing – sadly, only my own hard work can do that – but it has seriously enhanced both my enjoyment of practicing and performing, and is a fine new addition to the American nylon string market.