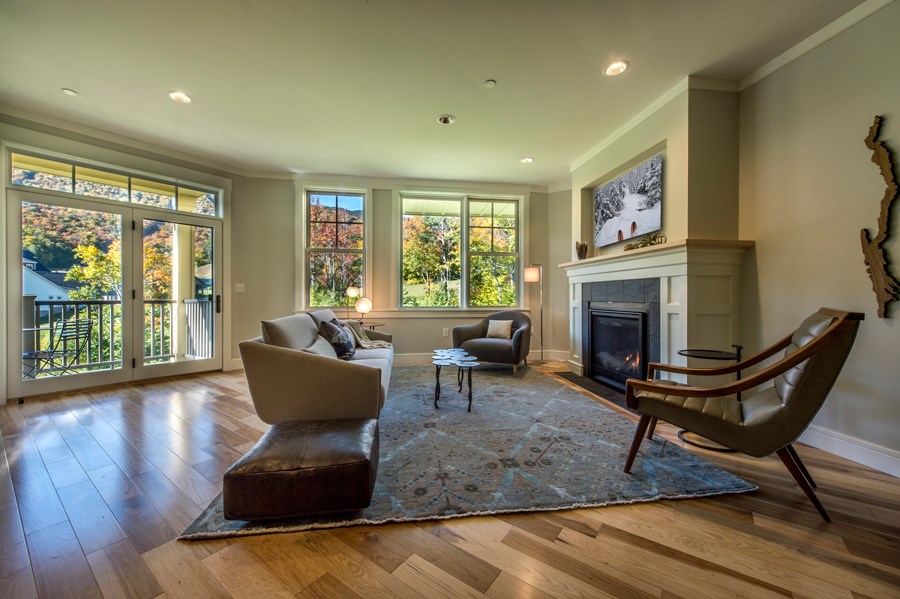 Do you remember last year’s MLK weekend? Crazy frigid temperatures, insane wind chill, generally an all around bundle of frozen shiver inside with hot toddy sort of vibe. I believe ours started with good intentions and ski boots and ended with a ski patrol sled ride and twisted ankle. Thankfully, Mother Nature has decided to be a bit kinder this winter season and blessed us with some gorgeous snow and sunshine, a phenomenon that did not make an appearance once last year.

Vermont is always at the top of our list for fantastic skiing—a reasonably easy drive North of NYC and far away from the insanity that the local mountains provide on the weekends, we’ve always have a fondness for the Green Mountain Range. Drive just a bit further than everyone else into the quaint little town of Warren, VT, home to Sugarbush Ski Resort, and you’ll find yourself in the serene snowcapped mountains so reminiscent of Austria that the Von Trapps actually fled to same region, settling into their new lives in the hills that felt most alive to them. It’s just a six hour drive from Manhattan but you feel as if you’ve driven cross country and somehow ended up in Big Sky, Montana.

Sugarbush first opened in 1958, and instantly became the winter hot spot. Known as ‘Mascara Mountain’ back in the day, it was the glamour and glitz of NYC with the champagne powder and heavy snow of the West, all tucked in this tiny Vermont town. It was weird and funky and a total surprise, a veritable gold mine of the ski world.

Fast forward a few decades and the mountains were as strong as ever, the foundation still there, but the resort needed some serious TLC. Win Smith, Wall Street Royalty (his father co-founded Merrill Lynch), took on the investment as a passion project and fell so in love with the resort where he had spent childhood winters learning to ski that he left Wall Street and promptly invested over $60 million in resort improvements, with an additional $50 million in real estate development.

Win’s desire to return the resort to its former Mascara Mountain glory and family friendly resort shows in all aspects of Sugarbush, but especially in the latest real estate project to come to fruition: Gadd Brook Slopeside, ski-in/ski-out two, three, and four-bedroom luxuriously appointed condos at the base of Lincoln Peak. Named after the resort’s founders, Damon and Sarah Gadd, these private, slopeside homes offer breathtaking mountain and valley views and are conveniently close to the Village Double Lift and historic Sugarbush Village. There are only sixteen of these ski-on/ski-off, whole ownership condominiums, so you better take a quick tour and put down a deposit this weekend, because something this slopeside is not going to be available for long.

We were lucky enough to be given a tour mid-construction and see the potential and the thoughtful way the designers were building a space to really integrate with the mountains around it, and it shows in the completed project. Everything is designed with a contemporary twist on Vermont farmhouse style.

Gadd Brook and Sugarbush are both nestled in the heart of the Mad River Valley, a community unlike any other. You won’t find fast food joints, big box stores, or stoplights in the Valley, just a selection of unique local restaurants, shops, picturesque barns, covered bridges, and working farms. And of course, The Pitcher Inn. Drop by for a meal from Chef Sue and a bottle of vino picked by Ari and you’ll never leave.