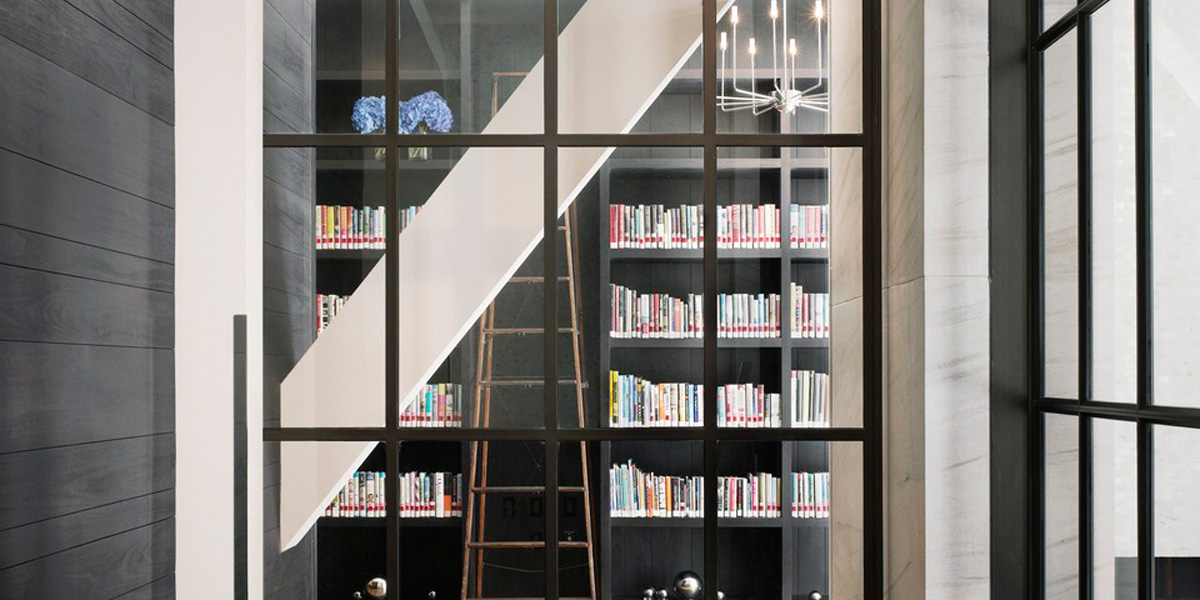 The New York Public Library is an icon unto itself. And for a certain type of NY visitor – book lovers, history buffs, Breakfast at Tiffany’s fans, architectural admirer’s – it doesn’t get better than a luxury suite overlooking the spot where the Ghostbusters crew once found a ghost doing ghastly things in the reading room.

You can live that dream at the undeniably cool and chic Andaz 5h Avenue hotel. It’s contemporary and sexy in a 21st-century way, more minimal than maximal, and just possibly the best Andaz of the bunch. Located on 5th avenue at 41st street, Andaz 5th Avenue is in the trendy Bryant Park area of midtown Manhattan directly across the street from the New York Public Library. Walking distance to 5th avenue shopping, Times Square, Grand Central, and easy access to anywhere you need to go. 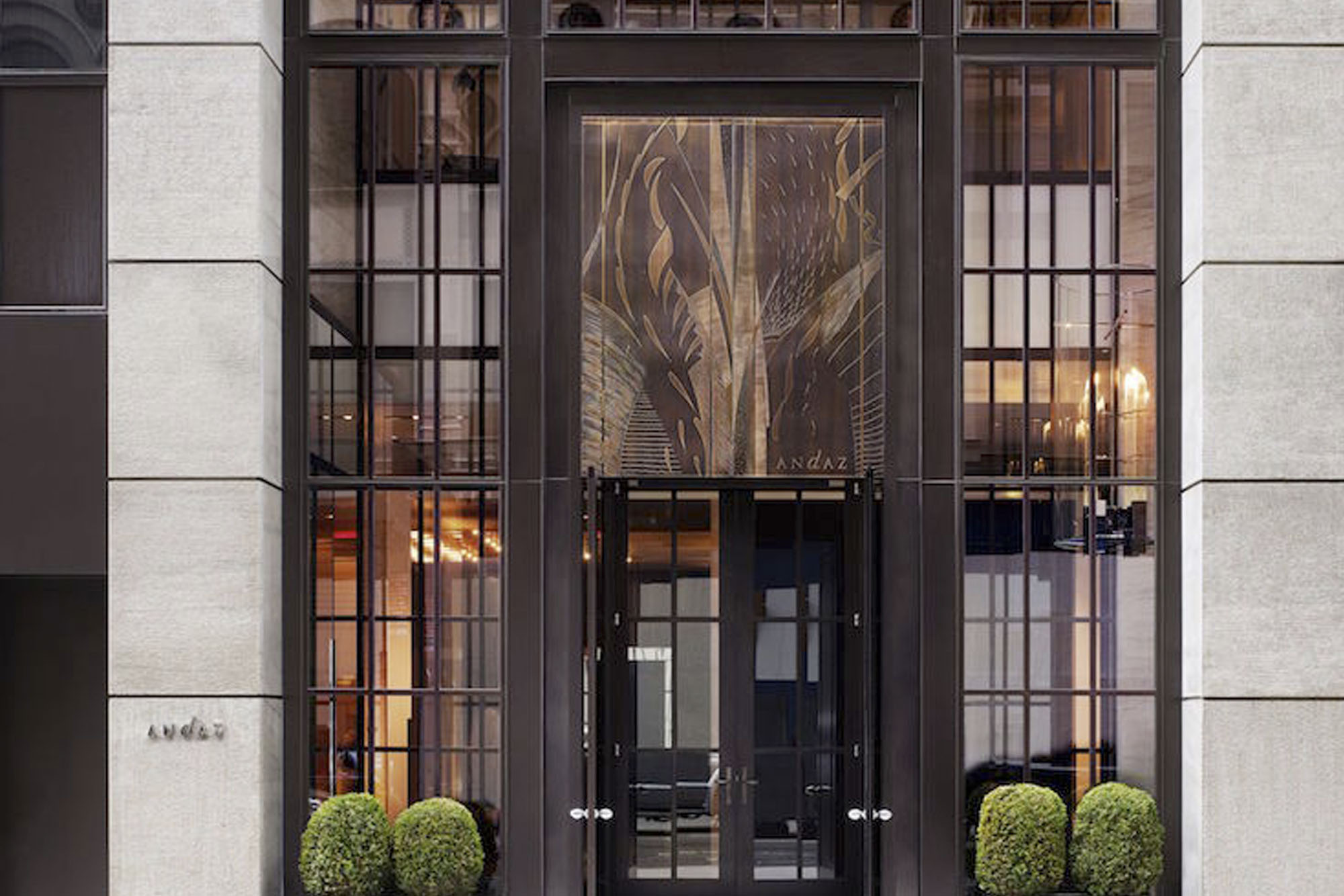 It starts with a non-traditional check-in, the sort without a reception desk, where you’re simply walked to your room by a tablet-toting “Andaz host” — a recipe for chaos in some hotels, perhaps, but they manage it quite professionally. And the look, by Tony Chi & Associates, is both contemporary and luxurious, but neither desperately hip nor unfashionably opulent. It’s not an easy balance to strike, but they strike it.

Where you really benefit from the (very discreet) chain affiliation of the place isn’t in the design, but in the service and the amenities. The rooms don’t just look good, they work well, bringing to bear decades of exhaustively learned experience in the needs of guests. And the service, similarly, is results-oriented, giving the lie to the notion that staffers in chic New York hotels are hired on the strength of their head shots rather than their résumés. 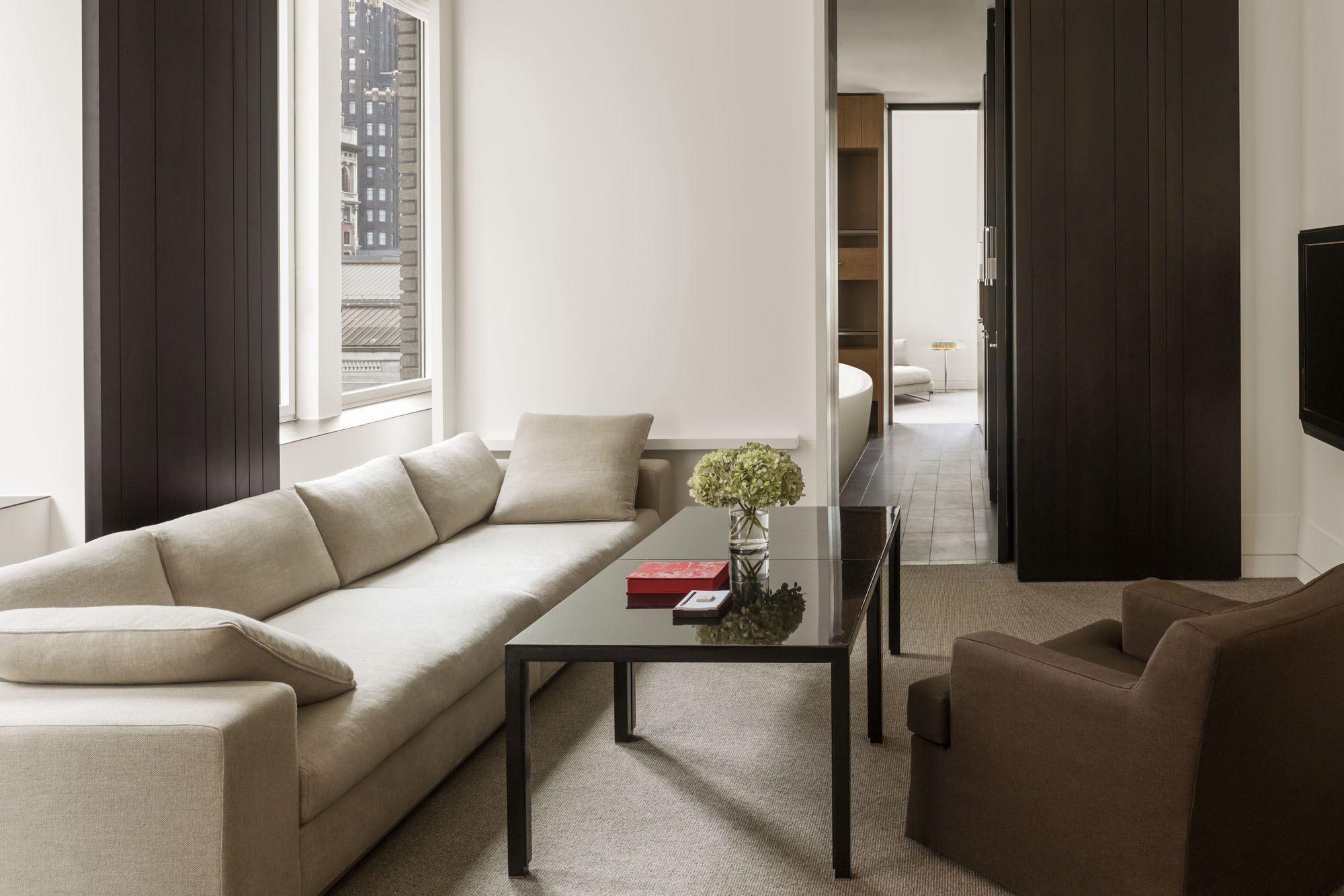 The Andaz lounge – home to a 14- foot tall painting by Carlos Capelan and an inspiring Nick Hornby sculpture– is divided into unique areas. In the library the room’s bookshelves contain a rotating content of literature chosen by the New York Public Library. The built in closets here conceal refrigerated drawers and an espresso machine for Andaz Hosts to provide guests with welcome refreshments. The main lounge is an open space where guests and visitors are greeted, meet friends or ask hosts for tips on where to go for the day.

Renowned designer Tony Chi created loft-like guestrooms that complement the hotel’s unique design elements and are reminiscent of apartments in pre-war New York. It’s so refreshing to kick off your heels and relax in a room that’s larger than the typical NYC studio or even one-bedroom apartment with 12’ floor-to-ceiling windows.

Oversized bathrooms with black porcelain footbaths in the shower area in suites with a spout dedicated to filling it are perfect for city-weary feet. Transparent, open-faced closets reminiscent of the rolling racks in the Fashion District add to the open and minimalist feel of the space.

It’s a strong addition to Midtown, and a worthy adversary for both the old-money traditional hotels and the high-fashion modern boutiques. 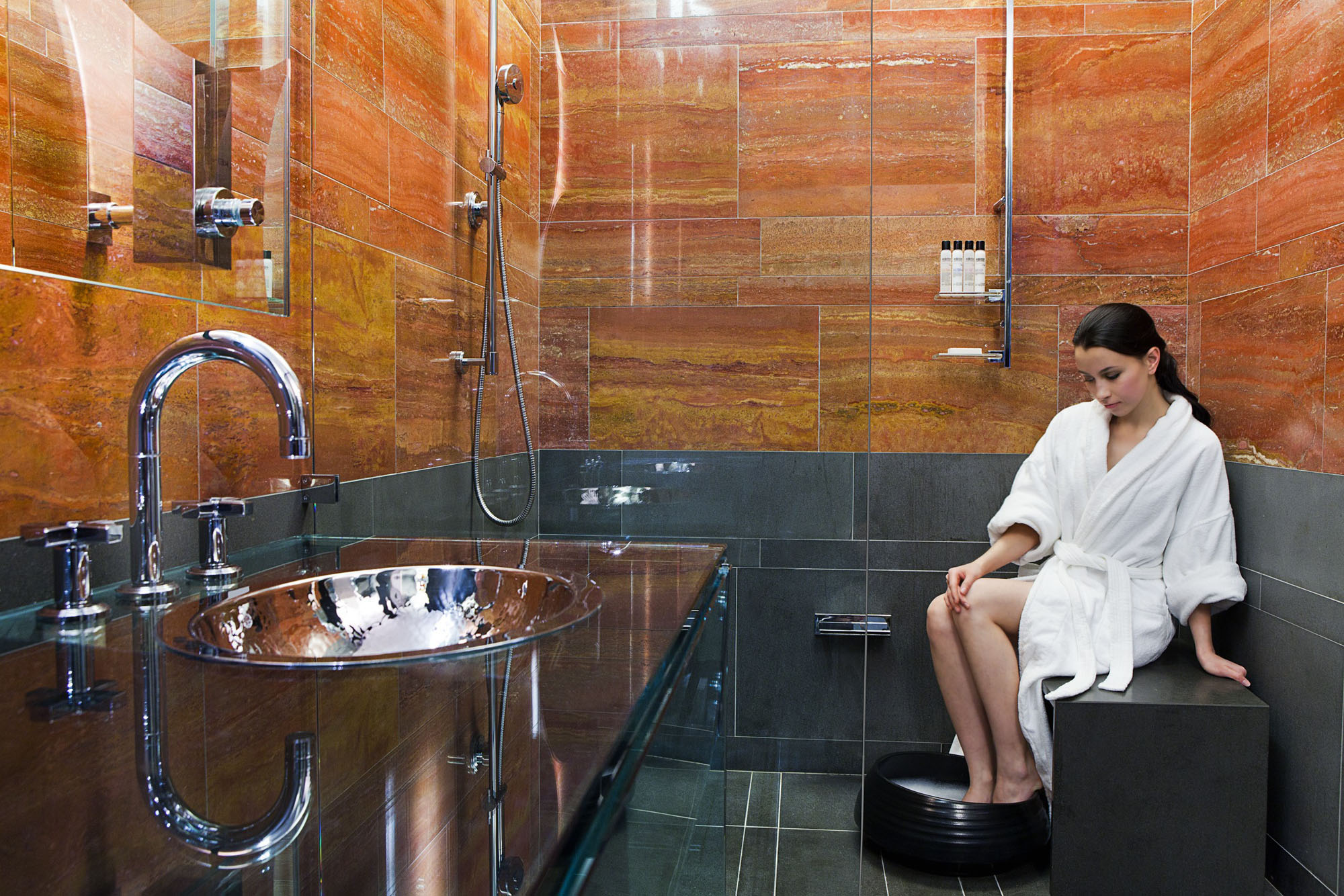