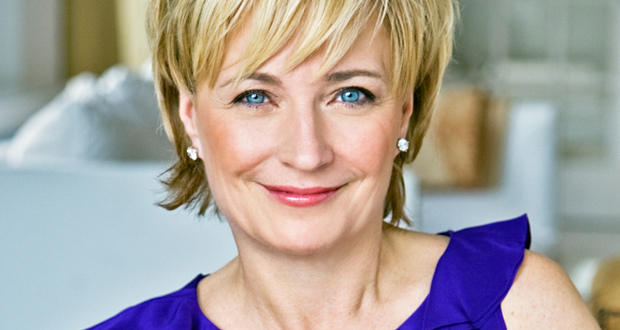 Kate White is funny, irreverent, and daring. She runs Cosmopolitan by day and writes thriller mystery novels by night…and she never has to walk in heels. She’s not a woman who managed to make it in a mans world…she gets to rule her own female empire daily.

How did she take the all encompassing Number One women’s magazine (3 million male readers too) into the 21st century successfully? Find out in our first edition of Real Power Woman: Exclusive Interview with Kate White.

Alister & Paine: You say it’s possible to have it all—do you?

Kate White: I must have been high when I said that! I try to encourage women to think more in terms of being serial achievers and not thinking you’ve got to do it all at the same time or feel the pressure to have some sort of trifecta of accomplishments.

Alister & Paine: You’re the Editor-in-Chief for Cosmo and a bestselling fiction novelist…where’s the connection?

Kate White: If I wrote ChickLit or BitchLit there might be more of a connection with who writes this and edits this magazine for leading young women. You’ve got to be pretty bold with both writing thrillers and running Cosmopolitan. It reminds me to go big or go home.

Alister & Paine: Do you ever feel inconsequential as a woman in a “mans” world?

Alister & Paine: Kate, what’s been your biggest accomplishment to date?

Kate White: After having an amazing family, it would be Cosmo. We just took our rate base up to three million since I’ve been here we’ve increased the page circulation by 700,000. We outdistance our nearest competitor on the newsstand by over a million copies.

To take a magazine that was a superpower in the 60s and 70s and take it into the 21st century successfully, where so many of those other magazines have not had the same fate, that’s been a great accomplishment for me.

Alister & Paine: What is the company culture of Cosmo?

Kate White: Have a lot of fun everyday. There’s no bitchiness. Occasional flare-ups, but mostly people don’t have attitude here. We think in terms the mantra of the magazine ‘Fun Filled Female’.

Alister & Paine: What is your definition of a Power Woman?

Kate White: A real power woman is a woman who has thought about what she wants and goes after it with assurance. She knows that sugar lips work better than being a bitch and that ultimately if you have power and use it well you don’t let the stress turn you into the mean monster.

People not familiar with the magazine might have that takeaway. It’s something that our readers never feel, they tell us how much the magazine empowers them.

What you can’t see if you’re not entrenched in the magazine is that we do think it’s great to understand what it takes to make a relationship work, how you can please your partner, but our reader is expecting to get pleased equally in return.

Kate White: Not to sound like a Prima Donna, but part of this job is having a car service! If I’m in three or four inch heels, I’m not walking anywhere. And I do wear heels every day.

Alister & Paine: Do you think they’ll ever be a Devil Wears Prada based on you?

Kate White: Hahaha! They might have to call it the devil wears L.L.Bean. I’m not out and about as much as some Editors and that’sbecause in order to be an Editor-in-Chief today you better be spending a lot of lunch hours at your desk.

The way we’ve been able to hold and strengthen position is because I’m trying to always learn from our reader. That takes a lot of time in the office. If you’re out hosting a big event in NY, you’re not worrying about your reader.

Also…I’m just not a bitch and I never want to be seen that way.