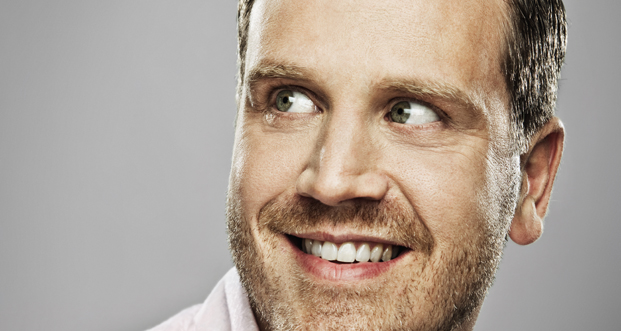 In 2000 iStock launched as a free site where photographers and designers alike could share artistic creativity and stock photography. Eleven years later the company has grown exponentially and sells 55% of all stock images in North America alone, paying 1.7 million in weekly royalties to their 85,000+ contributors.

Alister & Paine: How did iStock begin?

Kelly: Our founder, Bruce Livingstone, really wanted to sell traditional stock and realized he couldn’t do it against the big suppliers of the day.

He realized pretty quickly there were lots of designers that couldn’t afford the rates that the big agencies were charging for stock. People were really interested and said in exchange for using your images we’ll upload images we’ve shot for our own projects.

Things hummed along for a while like that till the first $10,000 hosting bill arrived. They said to the community  ‘It costs us about 20 cents to host and serve an image but we’re going to charge 25 cents and give 5 cents to you. What do you think?’ That was the birth of micro stock photography.

Alister & Paine: How have you grown since then?

Kelly: When I came on in 2004 we had 9 people and now we have 168 here in the Calgary office. We have a German office, a couple people in France and Japan. iStock sells 55% of all the stock in North America.

Alister & Paine: How do you set yourself apart from the competition?

Kelly: In 2006 we were purchased by Getty. Jonathan Klein, who had been in the industry a long time and knows the business better for anyone, had some sage words of wisdom for us. We were rapidly ingesting  40,000 files a week and he said ‘Slow down. When a collection hits 5 million weird things start to happen.’

We decided not to worry about quantity and focus on quality. It was the best thing we ever did. We were lucky because our competitors didn’t do that. They went the quantity method.

Alister & Paine: Who is your main demographic?

Kelly: Our core customers are designers. But when you reduce an image from $400 to $4 it opens up the market to a whole new player, and that’s when the small business owners started to arrive.

We’ve gone past the blinking gif animations of yesteryear and even small companies are getting decent websites, hiring designers to help them with their look. The volume of images used on the web has just gone through the roof.

Alister & Paine: Tell me about the screening process to contribute on iStock.

Kelly: We have 85,000+ contributors and 60,000 images a week are submitted. The images have to be technically perfect. Good lighting, razor sharp focus, no jpeg artifacts and no digital noise.

The Fall of the Mighty News Anchor

Designers love us. We make jokes about that business handshake against blue sky…but we definitely expand past cliché images while still conveying the message.

Alister & Paine: What is the high-end Vetta collection?

Kelly: It was becoming pretty evident that there were some photographers who had gone far beyond the kind of quality and stylistic approach that iStock had started with so we sat down and started a new collection.

A lot of photographers were also spending a lot more money, hiring models, doing the shoot in a studio, hiring make-up artists, etc. so we charge more for their images to help them recoup those costs. These are more heavily stylized, very sexy with a distinctive feel to them. They are spectacularly good images.

Alister & Paine: Why use iStock?

Kelly: It often isn’t about the cost of the image. Our images are so inexpensive that what’s costing more is the time looking for the image. Hands down we have the best search and deliver the best images at an amazing price.

Imagine a huge stock company 10 years ago. They would say, ‘What images do we think are going to sell next year? Now let’s fly there, fly 20 people there to do a photo shoot that might cost $50,000.’ That’s totally gone. Photographers do it in in their own place on their time. With 90,000 photographers they are EVERYWHERE. It creates a really awesome collection.