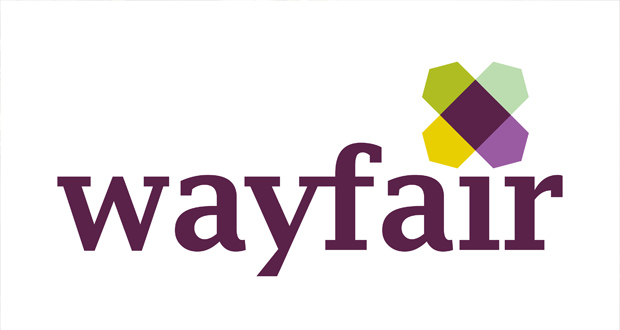 Niraj Shah is an eCommerce entrepreneur with a knack for internet based businesses and the passion to make each one successful. Niraj saw the potential of Mom and Pop commerce sites in 2001 and took it to the next level with one umbrella brand that managed hundreds of small niche websites under one name. The original company, CSN, has recently re-launched with the brand name Wayfair and is one of the world’s largest home goods site with just over $500 million in sales last year.

We stole a few minutes of Niraj’s time to discuss the dot com craze, how to stay successful in an over saturated marketplace and the importance of knowing when to fire that employee that’s bringing down office morale.

Alister & Paine: Tell me about the inception of Wayfair.

Niraj Shah: Our co-founder Steve and I went to Cornell together and started a business right out of college. We were working with the internet in the early days. In 2001 we were looking for an internet based idea that we could scale really well. We came across a lot of Mom and Pop-y commerce sites that were growing 30% despite the dot com collapse. We decided to build a platform and just launch hundreds of these different sites as a way to take advantage of e-commerce growth.

We changed our name from CSN to Wayfair in September 2011. The company had grown really well over time—in 2010 we did $380 million in sales and despite that we were seeing that our repeat customer rate wasn’t as high as we wanted. That was the challenge; we realized that unless the site they first came to told them the story of the home retailer they were never going to understand. We put everything into one place where it was obvious that we were all one company. We put a lot of energy into that merchandising experience, as the world’s biggest home store.

Niraj Shah: Alister & Paine: How much emphasis do you place on traditional marketing and how much is social media?

They both offer significant benefits. Online you can target someone in the middle of their shopping cycle but what’s nice about television is there are a lot of people who would fit our target demographic but aren’t necessarily going online looking for someone like Wayfair. By combining both methods we’re getting a lot of folks who aren’t familiar with Wayfair to visit.

Alister & Paine: How did you fund Wayfair?

Niraj Shah: We were lucky enough to have that success with our first company and because of that we were in a position to start Wayfair without really needing a salary. We launched without taking any outside capital. We were able to grow it out of its own cash flow for nine years until we decided that we should take capital in 2011.

Alister & Paine: What made you make that decision?

Niraj Shah: A few things converged at the same time. We were working on launching the Wayfair brand and we thought some extra capital would be good just in case we wanted to do brand advertising, spend some extra time transitioning the small sites into the main site, etc. Early on we didn’t want to take investors. If you have a long time horizon on your business it’s always dangerous to get involved with investors who may have a five year time horizon. We were always wary of that.

Alister & Paine: What advice do you have for other entrepreneurs looking to start their own business?

Niraj Shah: The time to start a business is when you’re young. You have a lot less risk. You don’t worry about paying your mortgage; you’re not married with kids. Over time the cost of living goes up and it seems scarier.

It’s a little bit of luck. A lot of it is hard work. Who wins in market is someone who is passionate and willing to work harder than others.

The key (whether young or not) is to make sure you have an idea you’re really excited about. If you have something you’re passionate about that you really believe makes sense that is what’s going to keep you going. It’s going to be tough no matter what. If you are just trying to get rich then on the days that things aren’t working and you feel all alone it’s going to be really hard to stay excited. The only way to be successful is if you enjoy what you’re doing.

Alister & Paine: How do you set yourself apart from the crowd in an over saturated industry?

Niraj Shah: The beauty of the US market is that it’s so big. The problem is, everyone wants a piece of it. What we do, to be honest it sounds a little trite but we focus on the customer. Surprise the customer, make them happy and take care of them when something goes wrong. Over time that adds up.

Niraj Shah: We cannot focus on just hiring people who have specific experience or specific knowledge. Instead we find people who are bright, ambitious, hard-working and team oriented. Our view is we can’t teach them attitude. But we can teach them how to do X, Y or Z. By finding these folks who have the right cultural traits we get a lot farther a lot faster. We have a wide open floor plan; everyone (including me) just has a desk.

Alister & Paine: What’s been one of the biggest challenges along the way?

Niraj Shah: Learning how to fire people. Early in our career Steve and I were both terrible at it. You put it off, try to avoid addressing the issue. We realized that when you do that you hurt everybody. The morale internally drops and folks who are working hard wonder why they’re doing all the work. Not only are you hurting the company but you’re not doing the person who is underperforming any good.

Everyone wants to be successful. A lot of folks will stay where they are and just bump along. They could potentially be really successful if they were at a different job in a different company. Sometimes it’s hard to self-motivate. You owe it to them to tell them they need to go find a job that’s a good fit for them. Even though it’s not a fun conversation to have it’s a really important part of company culture upkeep. Those are the things that make a big difference in terms of success.