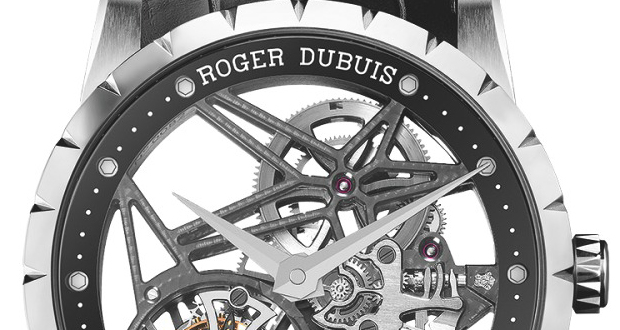 There are a few ways to truly distinguish yourself in the world of men’s fashion. Make sure your custom suit has pic stitching, your leather shoes are Italian or Allen Edmonds, the tie has a powerful and intimidating pattern of sorts…all of this gives an impression of impeccable attention to detail, and anyone you’re trying to impress and/or score as a client will appreciation this level of fastidiousness. But what will they notice before the surgeon’s cuffs and fitted shirt? Your wrist. You hold it out as a ‘hello’, an instinctive greeting to the world and your first shot of showing how successful and meticulous you can be.

A naked wrist does not inspire confidence. It’s fine when you’re fresh out of college, sporting your hippie ideals and thinking you can change the way the world works. But when it comes time to show the industry that you mean business, that you take the same care and pride in the way you dress as you do with your business, it takes a show stopping timepiece.

Sure, a classic Rolex type dress watch always looks good. Definitely doesn’t hurt. But for a memorable, ‘Whoa’ factor, an investment timepiece from Roger Dubuis is the way to go.

Roger Dubuis is truly the crème de la crème of the luxury watch industry. Manufacturing only 4,500 timepieces each year, it is one of the most exclusive Maison in the world of fine watchmaking. Among these landmark movements are the brand’s iconic Excalibur Double Tourbillon Skeleton, driven by the truly unique RD01SQ calibre that remains without equal since its release in 2005.

Having founded the firm in 1995 and played a fundamental role in its launch, Mr Dubuis now shares his wealth of experience with the Geneva-based Manufacture, as he assumes the role of “natural” ambassador. The relaunch of the Hommage collection, which Mr. Roger Dubuis personally created in 1995 at the time of the company founding, is an eloquent tribute to the traditions and excellence of Fine Watchmaking, while also paying homage to the creative talent of the ‘founding father’. Encompassing movements epitomizing the sense of Incredible Mechanics that pervades the entire Roger Dubuis range, Hommage is a custodian of the spirit of innovation and quest for reliability that are now so deeply ingrained in the brand’s genetic heritage.

Of the 20 million watches produced in Switzerland each year, only 24,000 bear the Poinçon de Genève…the official guarantee that the watch’s mechanical movement has been assembled, cased up and adjusted in the Canton of Geneva. Each component of each section of the movement is individually finished and decorated by hand, which represents an additional 30 to 40% extra work. Once assembled, each timepiece is individually tested and certified in order to guarantee its smooth running, its water resistance and its precision.

Custom Shirts in the West Village

The finishing performed in the movement parts strongly reduces frictions and ensures exceptional durability. Also, a stellar unforgettable piece of masculine jewelry that is almost guaranteed to start up a conversation…Roger Dubuis is known worldwide as the only Manufacture to be 100% Poinçon de Genève certified and the most demanding signature in fine watchmaking today.

Pricey? A bit. That’s the cost of exclusivity, absolute impeccable craftsmanship and one-of-a-kind heirloom timepieces. Per our Tried & True Method we ordered two of these immaculate timepieces (delivered via armored truck by a very nice and armed security fellow) and wore them about town in Napa Valley to see what a difference a watch could make. The response we received was incredible—vintners, fellow wine tasters and admirers alike took a break from gems like a glass of signature Kathryn Hall to admire and inquire about our bling. Two words—Roger Dubuis.