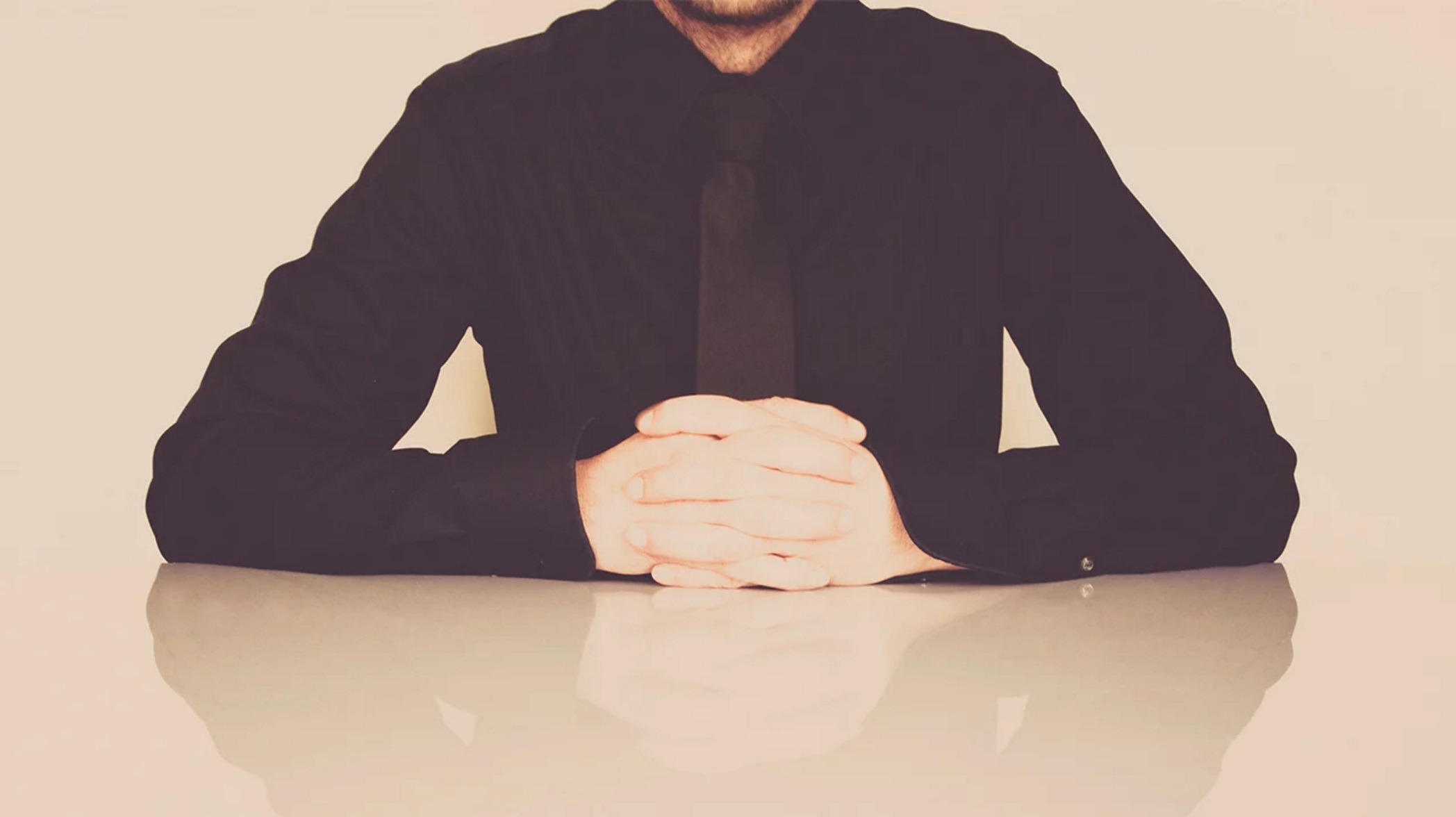 How To Negotiate with Vendors, Partners and Employees

Not every entrepreneur or business owner is comfortable negotiating. Many dread the adversarial nature of negotiation. Even so, it’s difficult (and perhaps impossible) to operate a small business or startup and not negotiate agreements with employees, vendors, customers, and others.

I’ve negotiated with thousands of people (for 13 years as an attorney and for the past 10 as an entrepreneur and business owner). Here are ten suggestions that I hope will help you negotiate, based on my experience and practice.

Although most people can adequately assess their goals, many skip an equally critical step – evaluating Plan B (your best alternative to a negotiated agreement).

What will you do if you are unable to reach agreement? Do you have a number of options and are those options both realistic and practical? If you create a best alternative, you’ll always understand your bottom line (because it will be just slightly better than your best alternative).

Most negotiations require a great deal of preparation and strategizing before you begin negotiating. Part of the preparation involves identifying your goals and bottom line, as well as your best alternative. But research is equally important. The more you know about the other side – the more options you’ll have during the negotiation.

You’ll rarely be able to find much information about the person with whom you’re negotiating (although this is becoming easier with the amount of information accessible online). But you’ll nearly always be able to find tons of information about their company. Among other things, try to determine what’s important to the other side and how far they might go to close the deal. You should also understand when something is important to the other side.

Small business owners and young entrepreneurs often get intimidated when negotiating with larger companies. Larger companies know this – they tell you they have “form” agreements and their legal team won’t let them negotiate.  Most of the time, that’s untrue.

Here’s a good example from my experience with crowdSPRING. When clients post projects on crowdSPRING, we require that their funds be escrowed with us in advance – before their project posts. From time to time, a Fortune 500 company will question this practice because they are used to terms that allow them to pay vendors 60 or more days after the services or goods are provided to them. They do their best to impress us with their complex payment processes and rarely forget to mention that they are a large company and we’re a tiny startup.

They don’t intimidate us. We politely explain our policies and practices to them and let them know that we do not make any exceptions on our escrow requirements – even for large companies. In every case – these large companies find ways to work around their “complex payment systems” and comply with our requirements.

Pay attention to perception and emotion.

People are imperfect – we get emotional, have varied goals and interests, and tend to look at negotiations from our own point of view. We rarely take the time to consider the other side’s point of view. How the other side perceives your negotiating positions and tactics – and your emotional responses – will strongly influence their participation and responses during the negotiation.

Think about people with whom you regularly negotiate. You tend to know such people a little better – and you can more skillfully read their emotions (and control your own emotions when talking with them). You’re probably most comfortable with your own employees and team – and you probably already know that how they perform is influenced by their perception.

Get to know (as best as you can) the person with whom you’re negotiating. Even a few small details about them could help during the negotiation. If you can get past the mis-perceptions and emotional reactions that are common when two strangers negotiate something important to both, you can focus on the problems you need to solve during the negotiation rather than the personal “conflict” between you and the other person.

Most important – try not to show emotion. Don’t threaten, don’t shout and don’t slam the phone. Be calm, collected, thoughtful, and considerate. This is easier to do if you’ve followed the prior suggestions (including knowing your next best alternative).

When you encounter particularly challenging negotiation points, provide verbal cues that you want to work together with the other person to solve a common problem. “Let’s put our heads together on this problem and see how we can help you with your margins and help me with my budget restrictions.”

Evaluate the environmental factors over which you have control and change them to help with the negotiation. For example, if you’re negotiating in person, sit next to the other person, instead of across the table from them. Your body language will reinforce your nonconfrontational message that you want to work together to solve some of the sticking points left in the negotiation.

Be prepared to walk.

Although your goal in the negotiation is usually to obtain agreement on your key terms, there are times when you should walk away instead of negotiating further – if the other party isn’t yielding.

Ten Conversations That Are Undermining Your Strategy and Killing Performance

I do this all the time. And more often than not, the other party will contact you again – and make enough concessions to bring you back to the negotiating table.

Sometimes, I walk because that’s part of my strategy going in. If I’ve carefully researched the other side and know they’re bluffing about certain key terms that they can’t accept, I’ll plan to walk – in advance. At other times, the decision to walk is prompted by what happens during the negotiation. But I always – ALWAYS – know my next best alternative.

Never presume that the other side understands your interests or that you understand their interests. Some people successfully create “fake” important interests so that they could bargain them away during the negotiation and make the other side feel like they’ve obtained serious concessions. This tactic can work but I’ve used it very rarely because it can often be distracting and sometimes, devolves the negotiation into a collateral dispute that could compromise the actual deal.

The best way to collaboratively find ways to resolve problems and differences that occur in a negotiation is for both parties to understand the interests of the other party.

Successful negotiators are nearly always exceptional listeners who patiently allow the other side to articulate their arguments, deal points, and reactions. Do your best not to interrupt and when you can, encourage the other side to talk first.

One mistake commonly made during a negotiation is to limit the possible solutions available to resolve a sticking point. When you limit possible solutions to one or two, you’re limiting opportunities for meaningful discussion. Instead of limiting possible solutions, look for ways to generate a list of all possible solutions so that you can better assess ones that can work and those that cannot. Often, by looking at many alternatives, the parties can find one – or a combination of many – that works for them.

Think of this practice as a form of brainstorming. Rather than argue on a deal point that it MUST be A or that it must be A or B, work with the other side to identify various possibilities (without judging any of the suggested ideas until you have a list of ideas that you can discuss).

Whenever you can, find ways to make the other party’s decisions easier. For example, if a number of different options are acceptable to you – let the other side know and invite them to pick one that works best for them. This builds trust and will help you on other deal points (and during other negotiations with the same person).

Negotiation is a competitive activity and people generally like to win when they compete. That’s why it’s rare for one party to come out of a negotiation with the perfect deal – they must make concessions along the way. Listen carefully when you discuss deal terms and get a feel for what’s most important and less important to the other side.

Although some people argue that you should try not to make any concessions because doing so will only seem weak – I disagree. You should look for areas that are unimportant to you – but important to the other side – and make concessions on those points. Don’t just give up those points outright before you begin – but do take note of them and concede them as you negotiate.

Confirm points of agreement and disagreement.

After each negotiation meeting – even if you didn’t reach a deal and need to continue negotiating – verbally review the points covered and all areas of agreement and remaining areas of disagreement. Make sure that one party follows-up with a written summary so that you don’t leave loose ends that will require you to revisit issues you’ve already resolved.