This One-of-a-Kind Porsche Powered Frankfurt Flyer Can Be Yours for Only $160,000

If you’re a Porsche enthusiast there’s almost no way you haven’t seen one of Christopher Rünge’s Frankfurt Flyer’s on Instagram or in the pages of auto-rags like Jalopnik and the Porsche 356 Registry. These cars are incredibly beautiful, and rare, handbuilt works of art.

Only eight of these cars have been built to-date, with one of them residing in a private collection in Dubai, making these gorgeous cars incredibly rare. If you’re fortunate enough to make it on to the list to have one custom built for yourself it can still take a year for you to actually take delivery and after these cars appear on Jay Leno’s Garage this summer they’re certain to become even more desirable.

Back in 2016 I was lucky enough to pick up a brand new RÜNGE Frankfurt Flyer at Chris’s workshop in Minnesota before driving it 1,465 miles in 52 hours. It was one hell of an adventure and was the basis for an article I wrote for the Porsche 356 Registry. It is an amazingly special machine and has just hit the market for $160,000.

One of these roadster models is rumored to have recently sold for $250,000 in a private transaction while RÜNGE’s newest model–the R2–could fetch up to $450,000.

Aside from being beautiful, rare, and valuable there’s a romantic story behind these hand-built cars that goes back to an economically depressed post-war Germany. Back in the fifties Porsche archetypes like Walter Glöckler and Petermax Müller were building their own race cars, just like these, to get their adrenaline fix in the pre-Porsche era. Ultimately, these “flyers” found their way into the renowned Mille Miglia, Nürburgring and other endurance races considered the most dangerous motoring competitions of their time.

While Chris has built eight of these gorgeous works of art so far, this was the very first to be officially titled as a “RÜNGE”. It’s technically the fifth Frankfurt Flyer Chris has built, hence the hand-painted “05” racing livery, but this is the first Flyer to bare it’s makers name on it’s title. All of the previous builds are registered as old VW’s and Porsche’s. This is a true first, no matter how many Chris might build in the future, there will never be another “first” officially titled RÜNGE.

It’s powered by a 1964 Porsche 356C engine rebuilt by Tom Bruch, the engine builder who set his first land speed record at Bonneville in a 1967 Porsche 356 Carrera Speedster. These engine’s are incredibly difficult to come by and are known as “Bruchrasa’s” in the cult air-cooled flat-four world as a nod to Okrasa.

All of the Flyer’s are hand-built the way they would have been built seventy years ago in garages peppering the German landscape. Just like the originals, not a single RÜNGE build is alike. Chris is quick to tell you it’s not a kit car and there is no donor car. This is an aluminum wrapped Superleggera tubular buck integrated atop a custom tube frame chassis spanning an 84″ wheelbase. Chris has certainly drawn inspiration from the masters, but the build is all his own.

This particular Flyer comes with a single-man tonneau cover for when you feel like leaving your passenger at home and hitting the road Speedracer style. It has a four speed transaxle and dual Zenith carburetors which help the original Porsche motor churn out nearly 95 horsepower. That might not sound like much, but when you consider the entire aluminum bodied racer weighs around 1,200 pounds it’s plenty of power to have a dangerous amount of fun!

If you really want to know what it’s like to drive one of these Flyer’s you should watch this video from Jason Torchinsky of Jalopnik, who’s become quite a fan of Rünge’s work:

“If I had the money, I’d want one of these. I can’t really fathom spending insane amounts of money on some Veyron or Ferrari, but I can see spending money (not supercar money, but money!) on something like a Runge Flyer. If your goal is a car that looks amazing and like nothing else out there, and gives the most visceral, engaged, and enjoyable driving experience possible, you can’t beat this.”
-Jason Torchinsky, Jalopnik

It’s understandable, $160,000 is a lot of cash. In the world of auto-investing it may not seem like that much money, especially when one considers that even Bloomberg recognizes air-cooled Porsche’s as Blue Chip investments, but for mere mortals a one-of-a-kind build like this can be impossibly out of reach. All of the major automotive magazines seem to have featured Chris’s builds, from Petrolicious to Road & Track, but at the end of the day there are only eight of these around the world for 7 billion people to admire. The next best thing is to follow Chris’s builds on Instagram, salivate with envy, and wait for Chris and his masterpieces to appear in an episode on Jay Leno’s Garage this summer.


The New Black Badge Wraith Is The Baddest Rolls Royce, Yet

If you’re one of the few who can afford such a masterpiece and want to skip the year-long lead time then head on over to TheSamba.com to get your hands on it before all you’re left with is sweaty palms and Instagram envy. 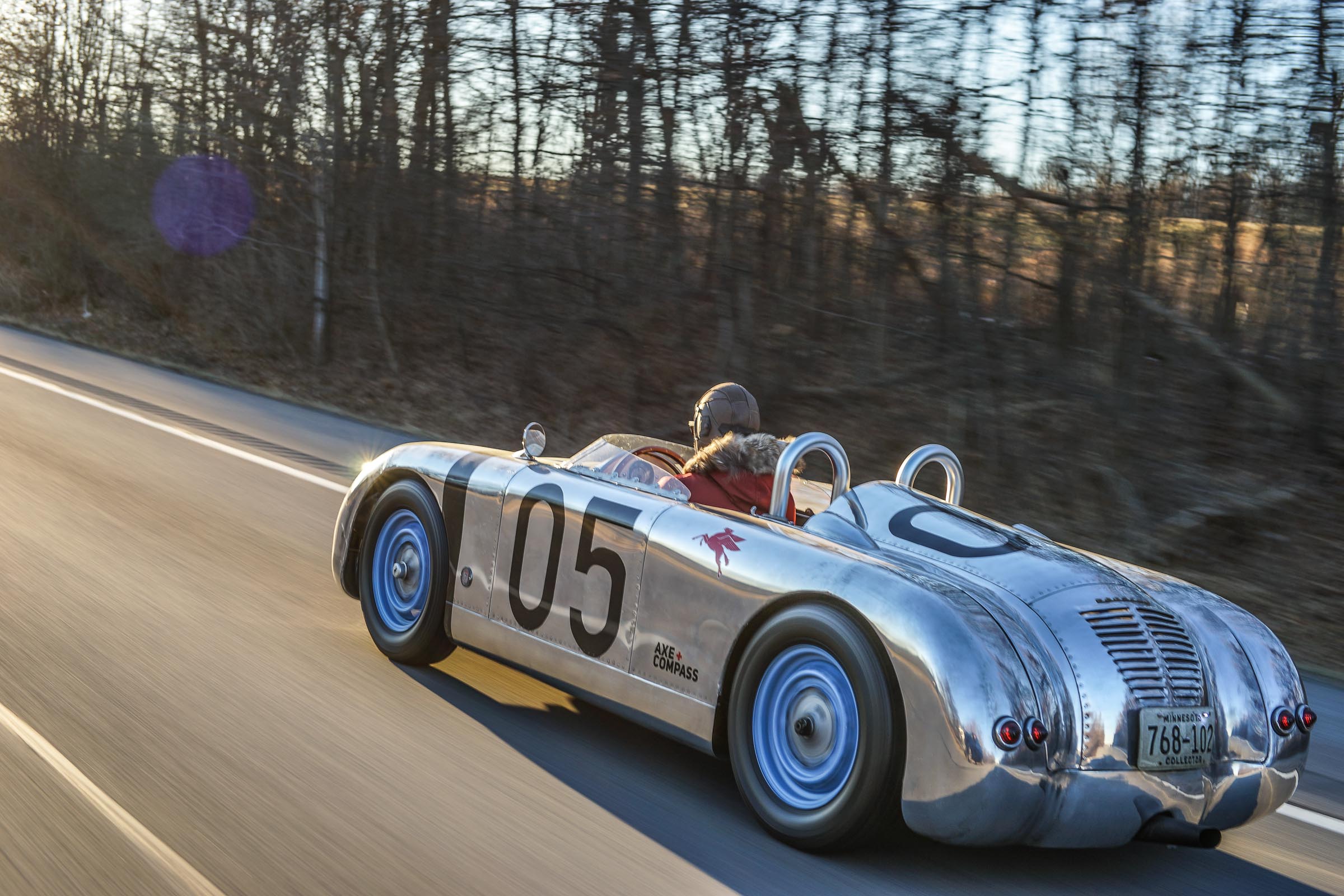 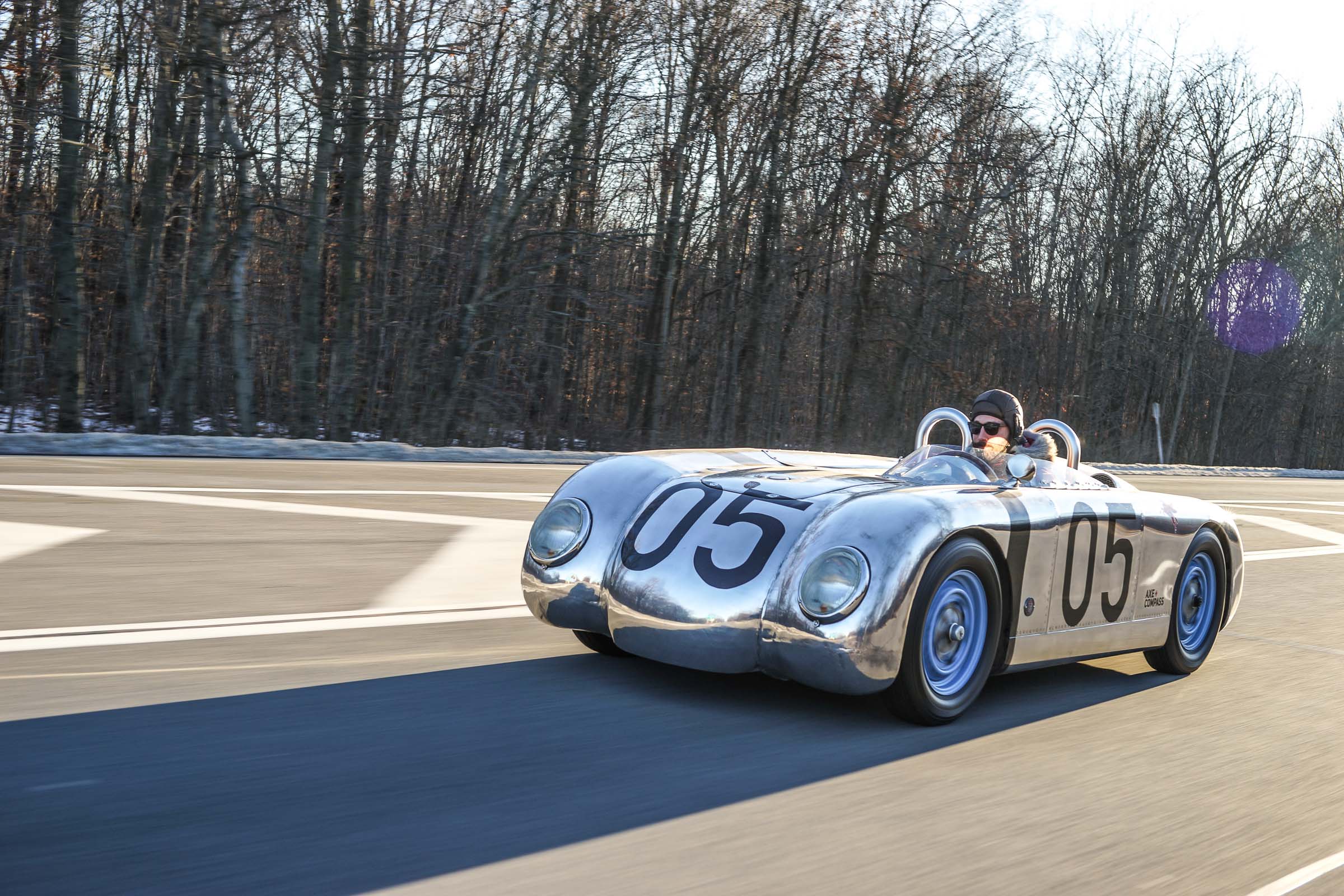 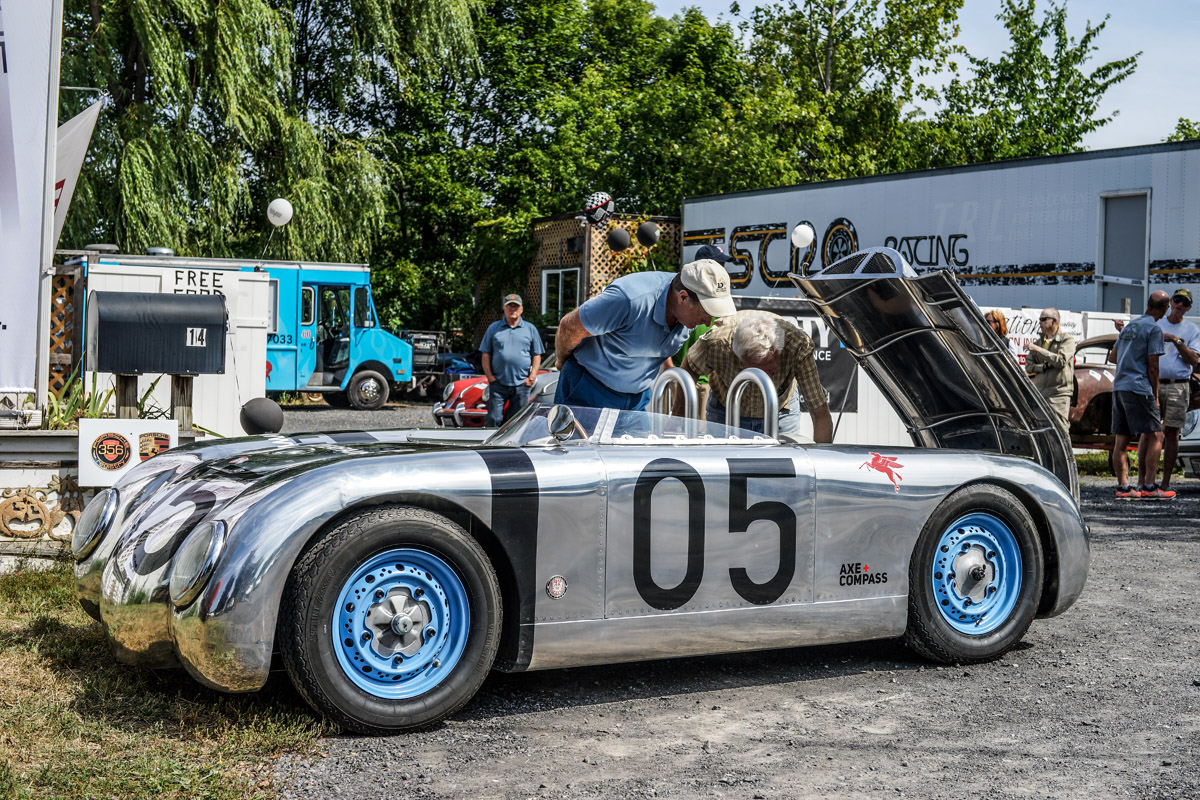 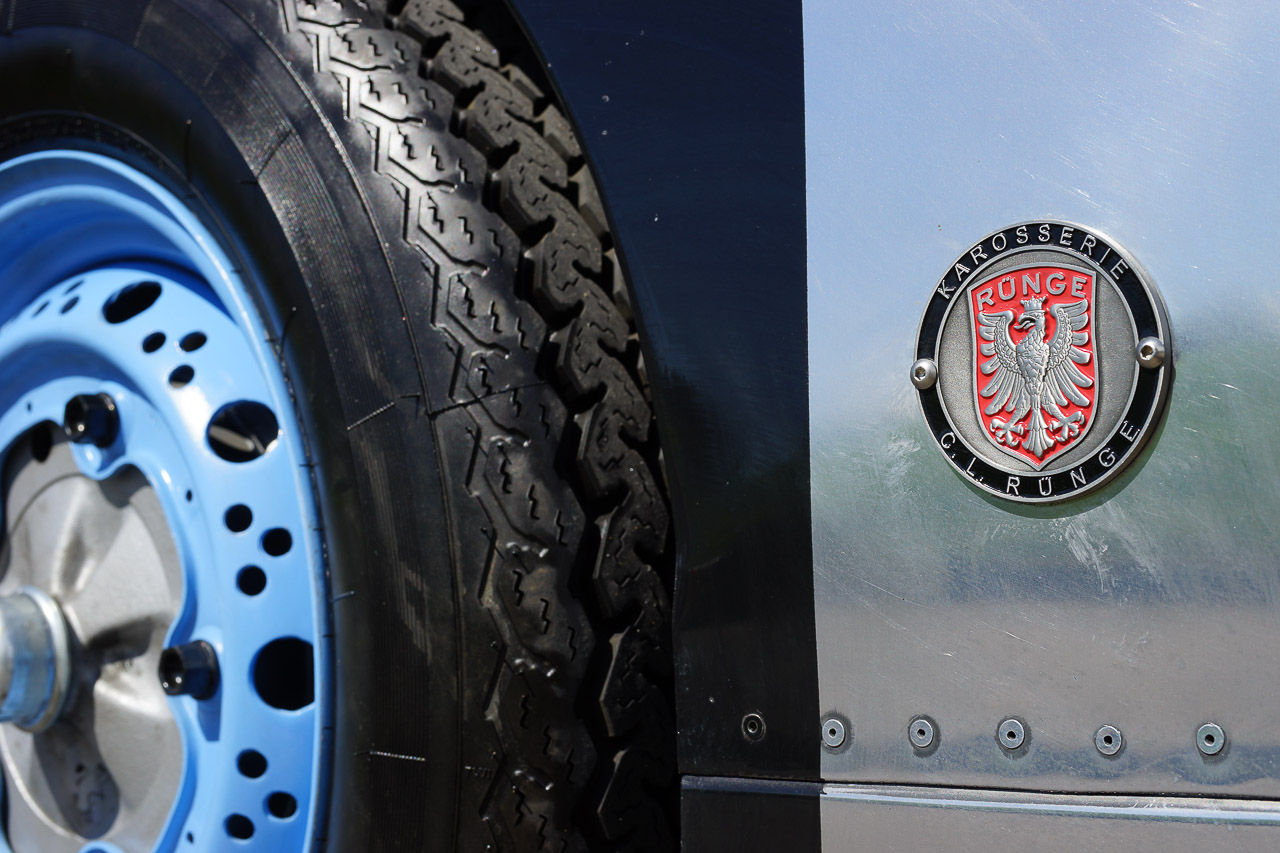 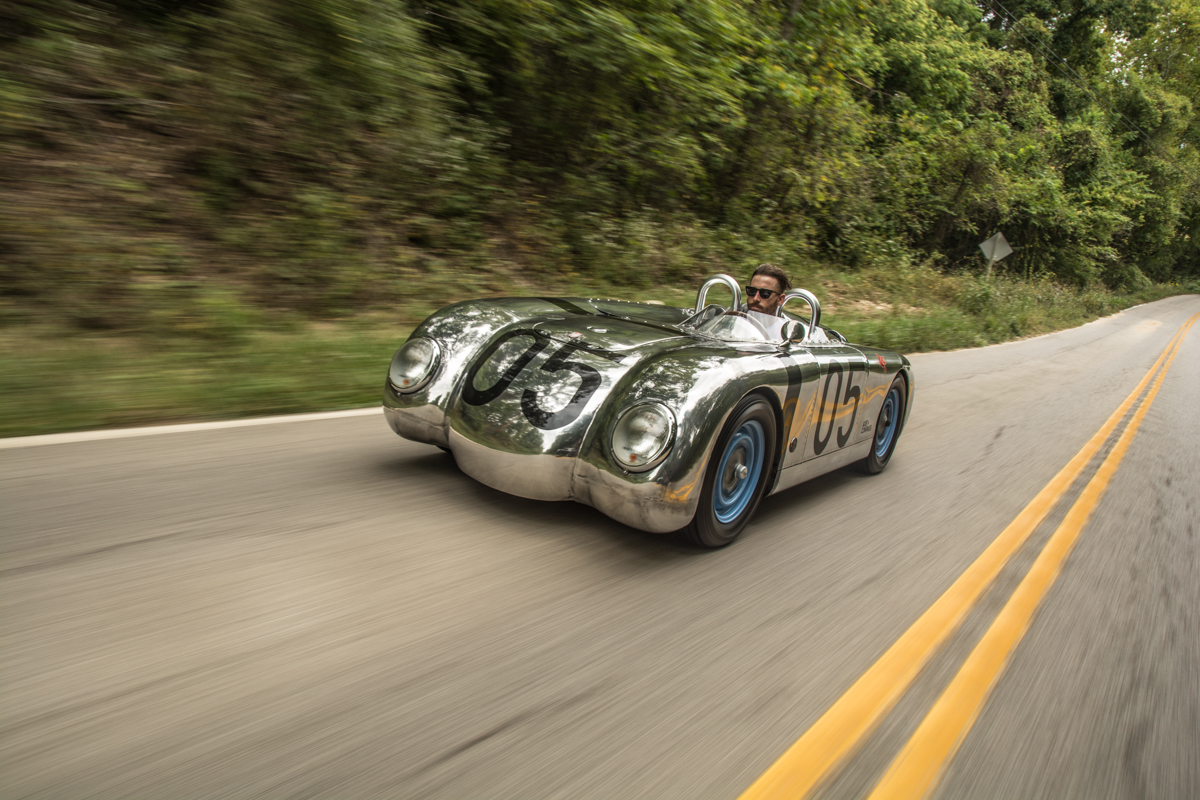