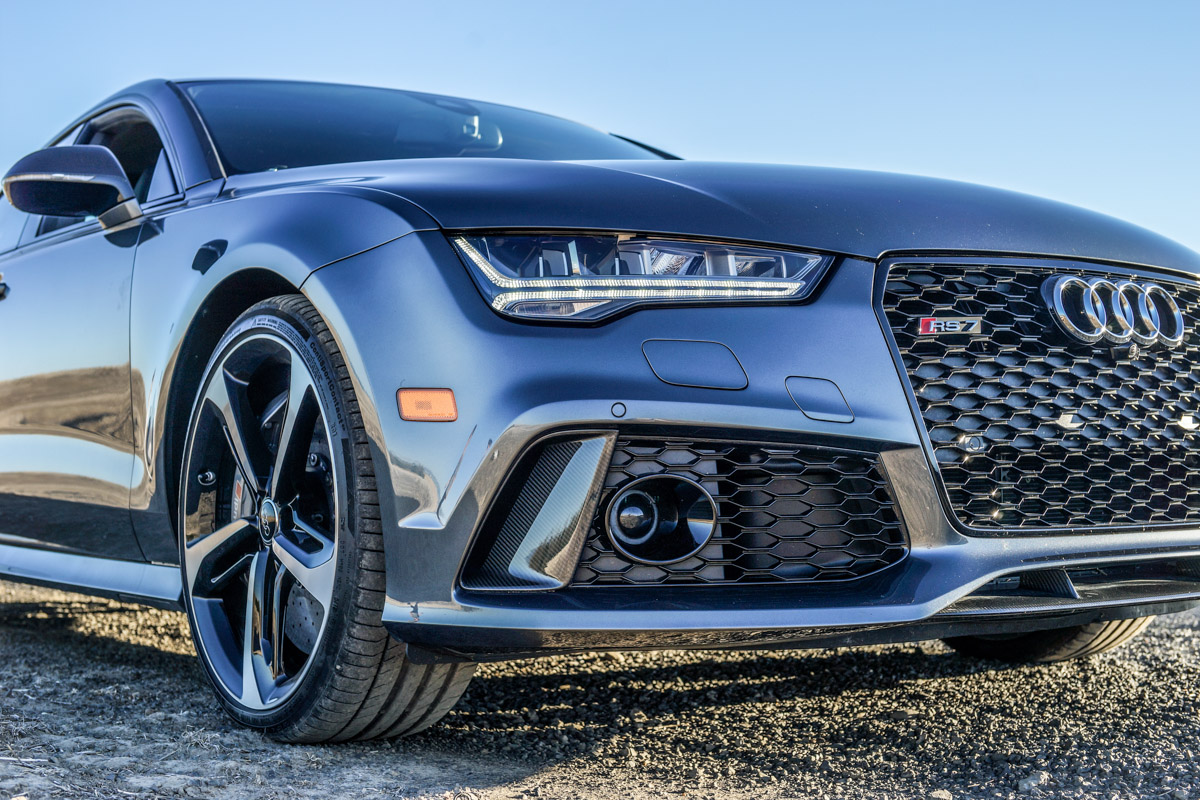 Monsters growl, they exude power, they conquer every path they come across. They exhilarate and frighten, they are elusive and dangerously tempting. They are dubbed mythical creatures, a folklore too powerful to actually exist. Well, some monsters are real. We found one in the belly of the beast in the form of the 2017 Audi RS7. This is a machine built with performance in every screw and bolt. As smooth as butter and faster than any animal out in nature, it’s hard to resist making this your daily driver.

605 horsepower, 0 to 60 in 3.3 seconds, and a top speed of 190 mph…the numbers are pretty staggering. We took this bad boy out to the wheat fields of Washington, right outside Walla Walla where the straightaways were clear and the pavement forgiving.

With a sleek, fastback body, 20-inch wheels and aggressive styling mods, the RS7 could get by on looks alone—but as an RS model, that’s not necessary. This bahn-burner packs a spectacular twin-turbo 4.0-liter V-8 that makes 560 hp, a performance-tuned eight-speed automatic, all-wheel drive, and a lowered suspension. For more power, the RS7 Performance makes 605 hp. While the six-figure price tag is not cheap, the RS7 is as close as it gets to an R8 supercar with four doors and a hatch. That practically makes it a family car.

This beast capable of feats that can surprise even the most seasoned, cynical of drivers…sure gave us a run for our money. It’s the things legends are made of.