Menu
From the business executive’s perspective, the chief advantage to using crowdsourced products and services is an often-astronomical reduction in cost.

Crowdsourcing for Your Business 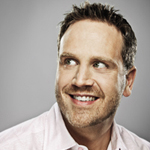 by Kelly Thompson, chief operating officer of iStockphoto, the world’s leading community-powered marketplace for stock photography, illustrations, stock video clips & audio tracks. Thompson helped grow the company from a small social network for a few thousand graphic designers with digital cameras, to the world’s busiest image market, which sees a file downloaded every second. He led the marketing strategy behind iStock’s expansion into member-contributed video clips for as little as $15. Prior to iStock he was senior brand manager at enterprise search company Verity.

Originally coined by Wired’s Jeff Howe in 2006, the term and practice of crowdsourcing have become firmly entrenched in contemporary business culture. Though the phenomenon of using crowds for business is not new, Web 2.0 technologies have helped crowdsourcing evolve into a powerful tool used by companies of all kinds.

From the business executive’s perspective, the chief advantage to using crowdsourced products and services is an often-astronomical reduction in cost. In most crowdsourcing scenarios, professional experts have been replaced by talented amateurs, bringing down the market rate of the end product.

Our own iStockphoto pioneered the crowdsourcing business model in the image industry. Before the last decade, using professional quality photographs in corporate materials meant hiring a photographer or licensing images from specialized agencies, with costs ranging from several hundred to thousands of dollars. Today, iStock’s image library—contributed by a global pool of more than 100,000 photographers through a curated open-submission business model—offers millions of comparable images for instant download at prices starting close to a dollar.

There are similar examples in all industries. MyGengo offers access to native-language translation services at varying amateur to professional levels. Touting the world’s largest inventory of user-designed products, CafePress sells from an online catalog of more than 250,000 items ranging from coffee mugs to t-shirts.

There is also substantially more to crowdsourcing than a wider product range and better pricing. For instance, there is now ample credible evidence that a comparatively uninformed crowd routinely out-predicts a group of experts. Crowdsourcing is not just a cheaper but often a better approach to certain business challenges—particularly of the forecasting kind. For instance, Trendwatching uses a network of some 8,000 trendspotters in 170 countries to monitor and predict consumer trends. Other really targeted and not necessarily cheap crowdsourced services include Maven Research, which connects businesses with experts in varying disciplines for telephone consultations.

Notwithstanding a wealth of potential business benefits, adapting a crowdsourcing strategy internally is not necessarily without pitfalls. While snack brand Doritos won both customers and accolades for its crowdsourced Super Bowl ads, the manufacturer of psoriasis treatment Levia failed to generate enough interest in a similar venture, a contest that asked participants to produce and submit a video on the benefits of light.

As the practice of crowdsourcing evolves, new services emerge to help companies that seek custom solutions avoid bad experiences. One of these is Chaordix, a leading provider of managed crowdsourcing communities. Through expert services and its crowdsourcing platform, Chaordix helps organizations apply crowdsourcing to a wide range of needs including product and service innovation and co-creation, predicting market reaction, enhancing brand relevance, or tapping the problem solving capability of crowds. While Chaordix caters to high-end clients such as IBM and P & G, the Web sites of KickStarter and RocketHub help small ventures reap the benefits of crowdsourcing by raising capital for startups and entrepreneurs.

Crowdsourcing has not escaped controversy. Some opponents criticize the below-market or lack of compensation on the supplier end of the equation. At the same time, there are numerous examples of people earning better-than-average living by participating, from Maven Research experts receiving hundreds of dollars per hour for specialized consultations to dozens of iStock photographers generating six figures in annual image-licensing royalties. Growth of crowdsourcing venture participants continues alongside the growth of its popularity and relevance, proving that the phenomenon has long eclipsed the label of a trend, becoming a permanent part of the executive toolbox.