Menu
No one said Philanthropy couldn’t be fun.

Battery Park, NYC—In the quaint North Cove marina by South End Avenue & Liberty Street sits a navy blue sailboat. It’s almost completely unremarkable compared to the massive motor yacht parked outside the entrance to the Manhattan Yacht Club…I heard someone say the behemoth belonged to P.Diddy and I can picture him and his entourage spilling Ciroc all over themselves. But this blue boat is no dinghy. In fact, it is a champion racing yacht and as we would come to learn, with the main sail hoisted in open water, it is anything but unremarkable.

The name of this sailing beaut is the America II. Built in 1987, the America II was one of three custom racing yachts commissioned by the New York Yacht Club in America’s attempt to regain our nations sailing prize: The Americas Cup.

Just five years earlier New Zealand, in a tour de force, had become the first country other than the United States to lay claim to the cup. National pride was at stake. In a show of old-fashioned romantic machismo the New York Yacht Club poured millions of dollars into building three of the world’s fastest yachts for one purpose: bring home the cup.

At 44 feet long the America II was the second largest and, with the right crew, arguably the fastest. Such comparisons among elite racing yachts is somewhat trivial—akin to comparing the Ferrari 599 to the Lamborghini 640. Both are masterfully built sole purpose vehicles—that sole purpose is speed.

Of the three yachts built the America II is the only one that continues to race; the other two have either been recommissioned for other purposes or fallen into disrepair. For a very small donation you and up to five of your friends (or colleagues) can sail aboard a piece of sailing history. Prices are $150 per person or $900 to book the yacht privately for a two hour sprint around Manhattan…an excellent way to seal a deal with a client too.

Proceeds from chartering the America II go towards providing sailing opportunities for inner city youth, so as you raise the Moet main sail that reads ‘Be Fabulous’ you do so in the name of philanthropy.

The America II’s sailing season is from late Spring to the end of Summer and reservations are required. 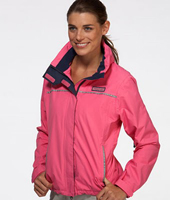 No one said Philanthropy couldn’t be fun. Our favorite accessory when heading out on the yacht? This Vineyard Vines Nor’Easter Jacket. The wind may be howling, but Vineyard Vines keeps you safe and stylish. Fully seam-sealed waterproof construction keeps out the downpour…and even if it’s not N’or Easter weather, this jacket will make any newbie fit right in with the racing yacht crowd and crew.

*Tried & Tested. Alister & Paine practices old-school journalistic integrity. We only write from experience–never press releases. If we haven’t tried it and loved it you won’t find it in our magazine.

What is Happening in the B2B Payment World in 2021?