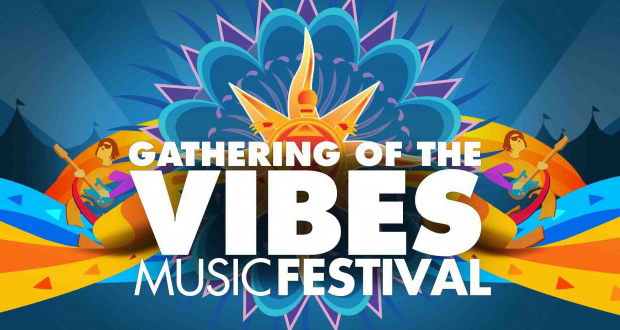 Gathering of the Vibes is one of the original Jam Band festivals, a bohemian family friendly retreat dedicated to keeping the community of music alive. Coming up this weekend is an incredible lineup of bands like Phil Lesh & Friends, The Black Crowes, The Roots, Galatic, and dozens of other extraordinary musicians. We had a chance to catch up with Ken Hays, the founder and official deadhead of Gathering of the Vibes, on how he started this small music festival and what it means to be part of the ‘Vibe Tribe.’

Alister & Paine: What was the inspiration behind Gathering of the Vibes inception?

Ken Hays: A desire for me and my friends to celebrate the life of Jerry Garcia and the music of the Grateful dead after Jerry died in 2005.

I didn’t come from a music background. I had no experience other than my parents being incredibly cool in high school and allowing me to have some pretty raging parties as long as there was no alcohol consumption and the house was cleaned up when they woke up. That was my training.

When Jerry died Mayor Giuliani said no to a gathering in Central Park similar to the gathering of 100,000 people they had out in Golden Gate Park. My friends and I went to SUNY Purchase and convinced the Director of Performing Arts Center to have a three day music camping festival. We had 3,500 people show up and we called it deadhead heaven, a gathering of the tribe. It was a beautiful weekend and the following year we moved venues, we just didn’t have enough space at SUNY. We moved to Croton Park in Westchester County and doubled in size. Now we’re even bigger and at Seaside Park. We realized we had something here that folks wanted, keep the deadhead community alive and keep it a tightknit group.

Alister & Paine: How has the festival evolved since the inception?

Ken Hays: It’s gotten significantly larger. We’ve all got considerably older and have kids and the kids come to the vibes and people bring their families…what differentiates us from other music festivals is that we’re incredibly kid friendly. Last year about 2,000 kids under the age of 15 came to the vibes. I think that’s a good indication of how the vibes is doing. It’s the next generation learning to love rock and roll.

We have lots of friends that have kids and for me the best bonding time I had was with my dad at Shea Stadium watching the New York Mets together. To have Moms and Dads bond with their kids at our festival and have quality connecting time outside of the home is quite unique. It’s a beautiful thing. Without question we’re helping transition this love of music to the next generation.

Ken Hays: I’m excited about some of the extraordinary talent we have on board. It’s going to be incredible. There are a lot of bands people might not have heard of but check out the live video clips on our website for a better appreciation of what we’ve got in store.

We have a silent disco on the beach until sunrise every morning. We also have a larger Ferris wheel. Nothing radically is going to change. We’re encouraging more boaters to come. Seaside Park is gorgeous. We’ve got a really good model that always requires tweaks and changes to keep it fresh and creative. Based on ticket sales and where we’re at, it looks like we’ll have a full house this year so I’m looking forward to welcoming everyone to Seaside Park.

Alister & Paine: Describe ‘The Vibe Tribe’ attitude or motto for me.

Ken Hays: Love. The love that Vibe Tribe has for live music and for spending time with friends and family is unparalleled.

Grab a VIP pass for yourself and some friends for a four day festival of deadhead heaven and absolute insanity—it’s going to be pretty unforgettable! If you can’t make it in person, check out our behind the scenes coverage next week.