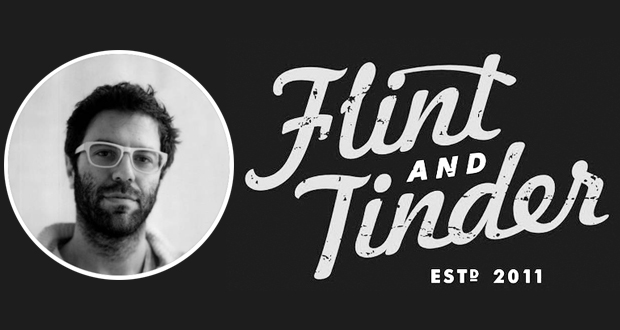 An Interview With Crowdfunding Clothing Mogul & CEO of Flint and Tinder: Jake Bronstein

When Jake Bronstein started his first Kickstarter campaign, he wasn’t expecting much.

He set up a $30,000 goal on the crowdfunding site. He just wanted to test the waters and see if his idea for a made-in-America underwear company had any legs.

It did. After 30 days, Bronstein’s concept, Flint And Tinder, raised nearly ten times its funding goal: $291,493 from 5,578 backers. At the time, the highest-grossing fashion campaign on Kickstarter was $64,000. HeI had beat that by four times over.

Bronstein went on to raise $850,000 from Zappos founder Tony Hsieh; Fred Mossler, another early Zappos executive; Lerer Ventures; and David Tisch. The concept is to not be lost in a sea of Ralph/Calvin/Tommy big boys. Flint and Tinder focuses on making greatness here in the USA in as transparent a way as possible. We had a chance to sit down with Kickstarter entrepreneur Jake Bronstein and talk about his crowdfunding experience, his thoughts on the new way to raise capital and what makes his underwear so damn comfortable.

Alister & Paine: What’s behind the name ‘Flint & Tinder’? Is it a cool hipsterish name or is there more to it than meets the eye?

Jake Bronstein: The first and only venture capital firm we approached for funding shot down our plan to “reignite American manufacturing” by offering high-quality products at competitive prices by saying, “the only way to reignite American manufacturing is with a flint and tinder.”  It was their way of saying they wouldn’t invest—but we thought it had a ring to it! It takes flint to make a spark and tinder to keep it going from there. Much better than the name I walked into the meeting with.

Alister & Paine: What’re you guys doing differently that makes these threads both comfortable and looking great?

Jake Bronstein: We like to think that we’re not just making things in America—we’re making things better. By offering a quality-made product at a better price, we’re raising expectations. We want bigger brands to be forced to do the same. In terms of the specifics of the garment, where most companies simply order blank t-shirts—meaning they have the factory sew their label into whatever the t-shirt is that factory happens to be producing at that time—we worked on our proprietary patterns and fit for about 1000 hours.

About 20 samples in we noticed something interesting; where factories in China, Vietnam, Bangladesh etc. insist that their sewers get every seam to within 1/16th of an inch of the edge of the fabric, most of the domestic factories we were working with were accustom to a tolerance of an 1/8th of an inch variance or more. It might not sound like a lot, but assume you add 1/8th of an inch to the seam connecting the left shoulder to the neck, and remove an 1/8th of an inch from that same seam on the right side… the hole where you put your head might now be a quarter inch off center (or more). Ultimately we had to work with trainers to get a more precise garment made locally than had been done previously.

Alister & Paine: A lot of our readers are entrepreneurs, aspiring captains of industry, or well-established biz execs. I’m sure they like great fashion as much as the next person, but I want to know (and I’m sure they do, too) what the inspiration was to try and crowdfund Flint & Tinder?

Jake Bronstein: Why solve a problem that the market doesn’t actually want solved? I used Kickstarter as a sort of risk-free way to test the waters to see if a made-in-America underwear company had any legs and customer-interest. After 30 days, we reached nearly 10 times our original goal of $30,000. By my estimation, selling $297,000 worth of underwear under our own brand-name direct to consumers, put us in the big leagues right out of the gate. It’s possible Ralph Lauren doesn’t sell that much men’s underwear direct to customer through his own site. And we did that all before solving a lot of the problems required to get it made. Imagine how many companies go the other way and spend months or years developing and bringing to market ideas their customers aren’t actually interested in. You’re likely going to say it’s their own fault, they should have held a focus group or something similar prior to putting the time in on R&D… but I believe that the difference between asking a potential customer if an idea is “something they would by” versus asking them to actually buy it now and seeing what happens in a huge one. Ask someone to take their wallet out and you’ll get to the heart of the issue a lot of quicker.

Alister & Paine: Did you try traditional funding first? If so, what happened?

Jake Bronstein: We tried traditional funding once at the very beginning – where we got our name, but from there set our eyes on Kickstarter. After the overwhelming success of our first campaign, I looked to a couple of investors like Zappos founder Tony Hsieh and David Tisch to help make the Flint and Tinder dream a reality.

Alister & Paine: What were your expectations when you launched the Kickstarter campaign?

Jake Bronstein: It began as an experiment, really—a way to test the waters. When we exceeded our goal in just one-month, I was all of the sudden on the hook for 30,000 pairs of underwear, rather than the original 3,000, which is making about 8 times as much inventory in a really short time-frame.

Alister & Paine: Do you think crowdfunding has a legitimate place in the future of funding serious ventures?

Jake Bronstein: From day one, I was able to create a consumer base of 5,000 enthusiastic people. I don’t think this would have been the same of the same person bought our product off a shelf. Regardless of who you are, how much might you spend otherwise trying to attract your first 5,000 customers? If you think of it that way, yes, I think crowdfunding has already proved itself to be a cost effective way to fund ventures.

Alister & Paine: Many crowdfunding platforms don’t allow people to sell shares in their startup. Do you see any problems with early “seed investors” not actually being able to own a piece of the company they helped fund?

Jake Bronstein: To be clear, crowdfunding in the context of what we’ve done is pre-selling a product to get the scale required to bring it to market. Do I think there’s something wrong with a customer buying a product but not winding up owning a part of the company? Not at all. We shipped them product valued at (or sometimes more) than the amount of the money they put into the project. This is a very different situation than someone who “invests” to own a piece of the company. Give Tesla $90,000 and, but sharing in the risk you’ve bought into the upside… but no one is sending you a $90,000 car.

Alister & Paine: Any advice for what other entrepreneurs can do to have a successful crowdfunding round?

Jake Bronstein: At the on-set, we got more pre-orders than we could handle. In retrospect, I would have gone back and capped the levels of funding to contain the overflow, but at the end of the day, I’ve never been one to dial it back. You have to know you’re going to make mistakes in your first round and not quit when you’re met with a seemingly impossible task.

Jake Bronstein: The project is our attempt to give American manufacturing its own yellow ribbon with the help of a shoelace manufactured by one of the two domestic shoelace manufacturers still standing. Over 40,000 people have joined the movement to show their support by sporting blue shoelaces.

Jake Bronstein: Making things in small batches gives us a lot of creativity on the production-front, so we are constantly evolving and trying new things. Just this past month, we launched a pre-funding portion of our website which allows us to test adding different items to our product line. We want to make sure that we’re creating products the customer wants, and that they keep coming back for more.

The plan is this: By raising expectations, eventually even the bigger brands will play by the same rules, or they’ll be forced to go the way of the dinosaurs.Either way, we win!