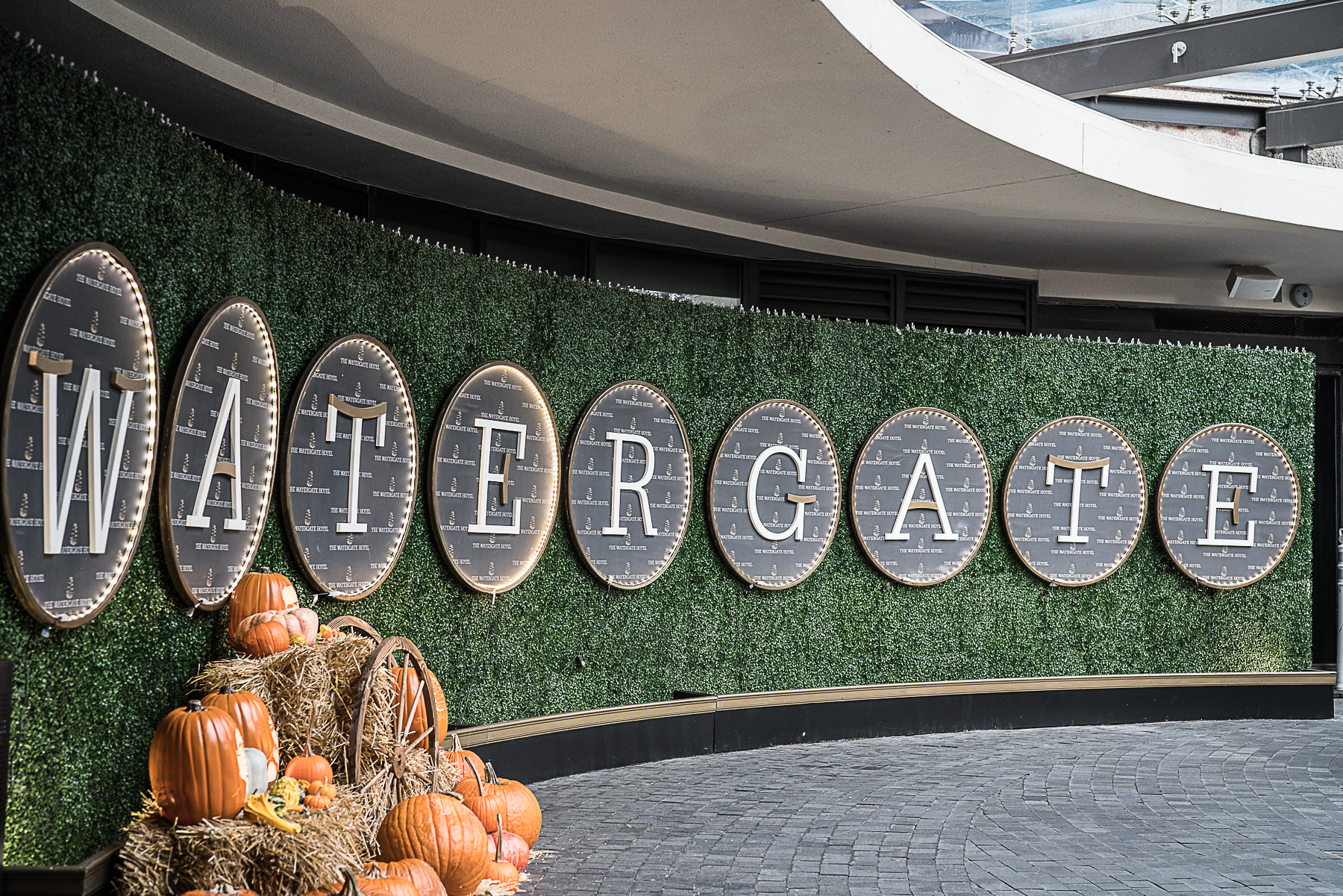 A Scandalous Evening at The Watergate Hotel

One of the most infamous hotels in the world has been restored to its former glory after a $200 million nine year long renovation. Washington D.C’s Watergate Hotel is known for so many things—as an avant-garde architectural structure, a luxury hotel turned iconic landmark, and perhaps most notably as the scene of the Watergate break in, the major political scandal in the ‘70s that resulted in our country’s first Presidential resignation, on the heels of a probable impeachment.

STAY IN THE ROOM WHERE IT ALL WENT DOWN.

Scandalous, indeed. Well, the scandal may be decades old and even tame in comparison to today’s dirty politics, but the hotel lives on and thrives in the legend that surrounds its namesake. They’ve embraced their history, and used it to create a pretty unforgettable experience.

Book the appropriately named Scandal Suite for a trip that will feel like a visit back in time. This was originally Room 214, the infamous room used as a lookout point for Howard Hunt and G Gordon Liddy as a group of burglars, on behalf of rogue elements in the GOP party, broke into the headquarters of the Democratic Party in order to photograph documents and plant listening devices. Howard Hunt and G Gordon Liddy were tasked with watching for any police activity.

They unfortunately did not notice the two hippie looking police officers who had been alerted by a security guard that a piece of tape had been duct taped over the GOP’s main door, thus preventing it from locking. Howard and G Gordon did not succeed in their roles as lookout men, as those police officers arrested five men that evening and the scandal broke.

They each left behind a plethora of evidence in the room, including incriminating notes and voice recordings. To this day it is unclear whether Nixon knew about the scandal before the break in, but it is certain that once he knew he covered it up.

214, as it’s known, has been decorated in collaboration with Lyn Paolo, the costume designer for Scandal. The room is outfitted in period pieces from the Watergate Scandal era, including a manual typewriter, reel-to-reel tape collection, and curated book collection for the fanatics looking to learn a little more history during their stay. It’s the spirit of the 1970s, with the modern amenities of a soaking spa tub and luxurious down bedding.

Its maxim may be unapologetically luxurious, but don’t expect traditional luxury at the Watergate Hotel, whose high-impact contemporary design is enhanced by a dose of irreverence.

Perhaps it is no coincidence that The Watergate has finally embraced its notorious history during our seemingly endless political scandal. What better way to subvert controversy than to embrace it?

The hotel feels more like an urban resort than your traditional Washington, D.C. hotel, with modern design blending with the height of luxury. Attention to detail is standard, and intrigue can be found around every corner – playful innuendos are in everything from the ‘No Need to Break In’ embossed keycards to ‘Stolen from the Watergate’ hotel pens you’ll find on your nightstands.

Even the reservation line – 001-844-617-1972 – is the date of the infamous break-in. The Watergate is fully aware of the stigma attached to their name, and instead of trying to overcome they embrace the history, the scandal, and the fame of it all. It’s refreshing, and comes across in a playful and genuine way.


A Gastronomic Adventure in the Heart of San Francisco

The structure’s flowing avant-garde architecture was designed by Luigi Moretti  to emulate the mighty Potomac, quite a controversial design when it was first erected. There’s a sense of modern barbarism here, perhaps rather appropriate for all the scandal and controversy that has taken place behind its doors. The interior has received a complete remodel in recent years, living up to the buildings original elegance. Complementing the hotel’s nod to its history are the retro-chic staff uniforms, by Mad Men costume designer Janie Bryant. Everything is fun, funky, and rather fabulous at the Watergate.

What’s a visit to this iconic hotel without a hidden corner to whisper secrets and share cocktails?

The Next Whiskey Bar – named for a Doors song – is a swanky, amber lit, shell-shaped lounge tucked behind a wall of illuminated whiskey bottles off the lobby. Try a Boulevardier cocktail made with Maker’s Mark and Campari.

Flagship restaurant Kingbird, with views of the Potomac through towering windows is one part relaxed New American bistro, other part chic French-influenced fine dining restaurant. Behind the scenes is executive chef Michael Santoro, whose Washington résumé includes a second-in-command role at the Blue Duck Tavern. Dishes like the Path Valley Poached Beets on toasted oats with sheep’s milk yogurt and Charred Avocado are light, airy and welcoming appetizers, and larger dishes like the Scottish Salmon and Beef Ribeye are executed to perfection.

The final star of the meal is the decadent warm chocolate cake, a simply named dish that tastes like a soufflé and cake marriage, with fresh whipped cream and homemade espresso sorbet on the side. A dessert so good it should be illegal.

Dinner at the Kingbird is a welcoming reminder that, in addition to being the home of a political scandal in the ’70s, The Watergate is also a place for the elite. It’s been home to the Hollywood Elite for decades, and continues to be a source of luxury and indulgence, no matter the era.