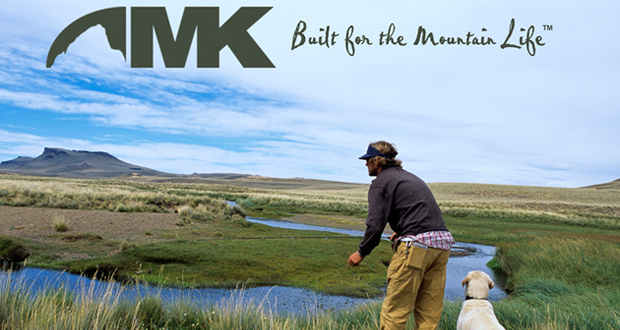 A lesson on entrepreneurism, leadership and opportunity courtesy of Ross Saldarini, CEO of MountainKhakis.

A true entrepreneur with an eye for business ventures, Ross Saldarini has the instinct and experience of a born businessman. Saldarini was one of the first to capitalize on the dot com boom of last decade and his sixth sense for opportunity, timing and leadership has brought him to the 2009 Inc. 500 list.  Now, his business acumen has brought him to the exclusive pages of Alister & Paine.

His latest venture, Mountain Khakis, wasn’t actually his idea, but as co-founder and CEO of the company he has grown MountainKhakis 638% over the past three years (compared to the three year industry average of 16.42%).

Alister & Paine: Mountain Khakis was listed in the Inc. 500 list this year; how did a company based out of Jackson Hole, Wyoming manage to do that?

Alister & Paine: What can you tell me about your dot com experiences?

Ross Saldarini: My partner and I have been on the early edge on a lot of trends.  We had the first internet development company in Charlotte, grew it and sold it to a major roll-up out of Atlanta that eventually went public.

It gave us the opportunity to start something on the back of a napkin, build it, raise capital for it, learn how to create a sales channel and market – locally and then nationally – and really learn how to utilize capital and survive in a tough world.

As we sat around trying to decide what might be next for us, the concept for MountainKhakis came to us through a creative inventor named Jason Perry. We never considered ourselves tech guys –we were good at identifying opportunities and then building businesses aggressively.

Alister & Paine: What did you learn from those startups that has made MountainKhakis, which is a far cry from a techie company, such a success?

Ross Saldarini: Don’t limit yourself based on size. Too many people look at their business and say “We’re a small fish in a small pond we better stay in a small pond.”

We learned invaluable lessons about how to raise capital, how to plan your business two or three years down the road, and how to present yourself in the biggest most professional way possible.

Alister & Paine: What’s been your experience with raising capital?

Ross Saldarini: It’s never easy. Raising capital is incredibly challenging. You learn after enough rejections how to improve your network.

You need to be talking to the kind of people who can say yes to whatever it is you’re proposing.  Very rarely do people actually say yes and write you a check.  Eventually, you start to realize the perspective of the actual investor. A good investor may share your enthusiasm but they have an equation that requires a certain return. As you get wiser about how the private equity and venture capital world works you get smarter about how to tell the growth story of your business and sell it to investors.

Alister & Paine: Do you typically develop business concepts with the intent of selling the company?

Ross Saldarini: I don’t care what the business is or what your real intentions are, you should still run that business and grow it as if you were going to sell.

If you’re preparing in that fashion your business practices are going to be more involved and better designed.  It’s good advice to anybody to build your business with the idea that somebody’s going to come along one day and look at it and be critical of it.

Alister & Paine: As a CEO and taxpayer what is your gut reaction to the proposed health reform legislation?

Ross Saldarini: I’m all for change.  Something’s not working.  I think I pay too much in taxes but I also think I live in a country where I can go start a brand new business tomorrow and nobody gets in my way.  I hate the timing but I choose action over inaction.

Alister & Paine: What’s your advice to current business owners and entrepreneurs in this economic climate?

Ross Saldarini: You have to remember why you got into the business you’re in. Stay focused and don’t lose your optimism.  Things are really difficult right now.  But what makes business interesting are the challenges along the way, not just the end rewards.  Expect that things are going to remain very difficult in 2010, but don’t give up on your dream. Don’t quit.

Alister & Paine: What are your feelings on the disconnect between Wall Street and Main Street?

Ross Saldarini: We’ve got a government class that’s out of control. If you’re not selling to the government or you’re not a really big business then you’ve got a few structural challenges others may not have.  The fact that CIT went under and you hardly heard a murmur tells you that small business in America is not on the agenda.

Alister & Paine: What’s your take on how the recession is affecting entrepreneurs?

Ross Saldarini: The structural adjustment that is happening in the economy is greater than anybody may have anticipated. Fear has turned to hunkering down and cutting the fat. The entrepreneurial spirit that is a part of the fabric of our country will return and more people like me will be saying “We can’t be afraid anymore. We’ve got to stop wasting time and get back in the game.”

We’re in a world where BIG wins and small dies it’s been discouraging for a lot of people.  I do think that’s going to start changing soon and we’ll see that mentality return.

Every challenge is an opportunity. All of us small business guys have big opportunities in the next couple years.