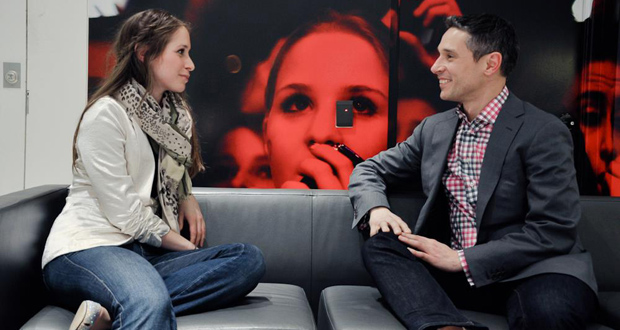 VivaKi is home to two of the world’s largest digital specialist agencies (Digitas and Razorfish) and two of the world’s largest media communications companies (Starcom Mediavest Group and ZenithOptimedia). Their EVP of Strategic Global Operations, Domenic Venuto, is a jet setting digital strategist in charge of globally standardizing the processes of their Best in Breed ‘Olympic’ team of creative and digital specialists.

Domenic took some time to discuss business global expansion, digital media strategy, and the importance of understanding the culture you surround yourself with.

Alister & Paine: Tell me about your position at Vivaki.

Domenic: My role now is to drive efficiencies across each one of our brands, not only in the US but across the world. Right now each of these companies is doing their own thing, they have their own tools, processes. There are efficiencies to be gained by centralizing and standardizing across the brands.

Our clients now come to us and want a standard service across the world. What’s my media performance in China compared to India? Is this ad and strategy working in Germany as it is in the U.K.? We get the data to them but it’s not an easy process.

Alister & Paine: The EVP of Strategic Global Operations is a new position?

Domenic: Yes. Three years ago we saw what was happening; we were trying to keep up but within each brand it was difficult. It was created to sit on top of the brands and look at the commonalities and help standardize it. This project seemed almost impossible. I wanted to take that on.

Our strategy is Best in Breed. In new pitches for business what we’re seeing more of is a bespoke solution provided to our clients where one service is provided by SMG, another by any of our other companies. We’re starting to mix and match so it’s not a one stop shop.

Alister & Paine: How do you stay fresh and innovative in a competitive industry?

It’s not a secret, because the other guys are doing it as well. We’re just doing it better and faster.

Domenic: Digital is very good at creating data about who you are, where you’ve been. Having a centralized data repository that collects all that data and allows these brands to mine that information and gather insights to then create more effective marketing plans is a competitive marketing plan.

If you go to our competitor’s website and look at their data analytics service offers or data warehouse service offerings it’s very hard to understand exactly what it is their doing. A lot of times I think it’s marketing rhetoric that they’re making up on the fly.

Alister & Paine: What are the most important elements of marketing research?

Domenic: What are we actually spending, and where? What is the performance coming back from that spend? From there, we look for trends and mine that data for insight. What does it do to sales, brand awareness and lift? Everything we’re driving towards is getting better data about the consumer so that can lead to insights that influence the media plan and strategy.

Alister & Paine: What would you advise a company looking to expand?

Domenic: It’s not all about western multi nationalists going into China it’s also about China markets expanding outward. As companies go global one of the success factors is infusing themselves in the local market and understanding that one size does not fit all. Even in our pursuit of standardization we can’t take a US model of something and just apply it flatly in the UK or India. It needs to be tweaked. Who are you going after and why?

Alister & Paine: How much travelling do you do?

Domenic: New York is basecamp. My team is global, we are called the Olympic Team. We had one project when I first started and we called that Best Athlete…but it was just one piece of the puzzle. We thought let’s take it up a level, what’s the ultimate event for athletes? It’s global, friendly yet competitive. We’re not perfect but there is the pursuit of perfection.

We do a lot of flying. I logged 200,000 miles last year. I love going into the markets and meeting my Chinese colleagues and understanding how we plan and buy media in that market, which is really a way of understanding that culture. The way people interact with newspapers and television and the web, that touches everybody’s daily lives for information and entertainment. I was in China last week, London next, then Seattle, then New Delhi. It’s all about the people you meet. I have an amazing global network. I might get the gold medal for that.

Alister & Paine: Is there anything new on the horizon for Vivaki?

Domenic: We’re about to announce a very big data initiative. It’s a central data store that will collect media spend globally, as well as data from third parties such as Google, Facebook feeds, all of that. Then the teams can add to that client specific data and map trends. You’ll be able to see if you’re performing badly in China, so you can take money out of the Latin America market and spend it in China. You can’t do that now.

We have the best organizational structure, the best people in the business and a head start. That’s a big advantage. No one else is tackling this problem the way that we are.  We’re doing it first and we’re doing it well.