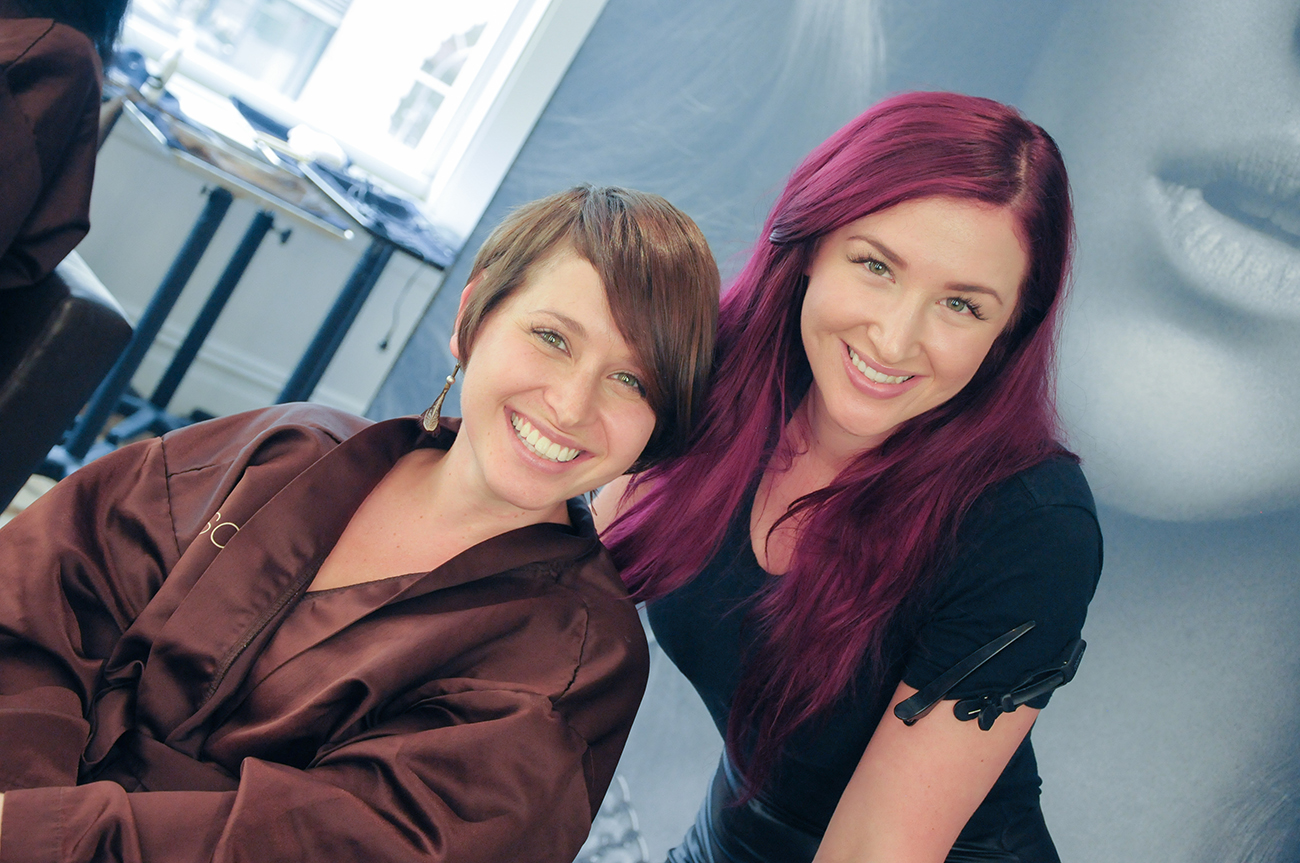 Jenna has been with Alister & Paine Magazine practically since day one. Over the past six years she’s interviewed countless entrepreneurs and has helped the magazine become what it is today.

On April 2, 2014–at the incredibly young age of twenty-seven–Jenna was diagnosed with an aggressive form of breast cancer. Surgery, chemotherapy, and radiation besieged her young and energetic life. Sixteen months later, and she’s still in treatment and still leading our editorial department. She’s an indispensable part of our team and we would like to thank Ted Gibson Salon and Wagman Hair for their part in Jenna’s makeover… though we still don’t think she needed it.

Timehop propels me into my past lives, showing me the drunken debauchery of college years, a few misguided fashion choices, a group of forgotten friends, my Great Dane as a puppy. I wake up sleep deprived and wild eyed, scrolling and smiling through the photos until I reach the most recent blast from the past—a smiling and beautiful girl, resembling me so clearly, but she’s not me.

Something’s missing. Her head is shiny and smooth, reflecting the light into a million different fractals, diamond like. Tiny lines dance above her eyes, empty caterpillars where eyebrows used to live. The eyes themselves crinkle with crows lines of happiness, but the lashes are gone and so is that ‘je ne said quoi’. 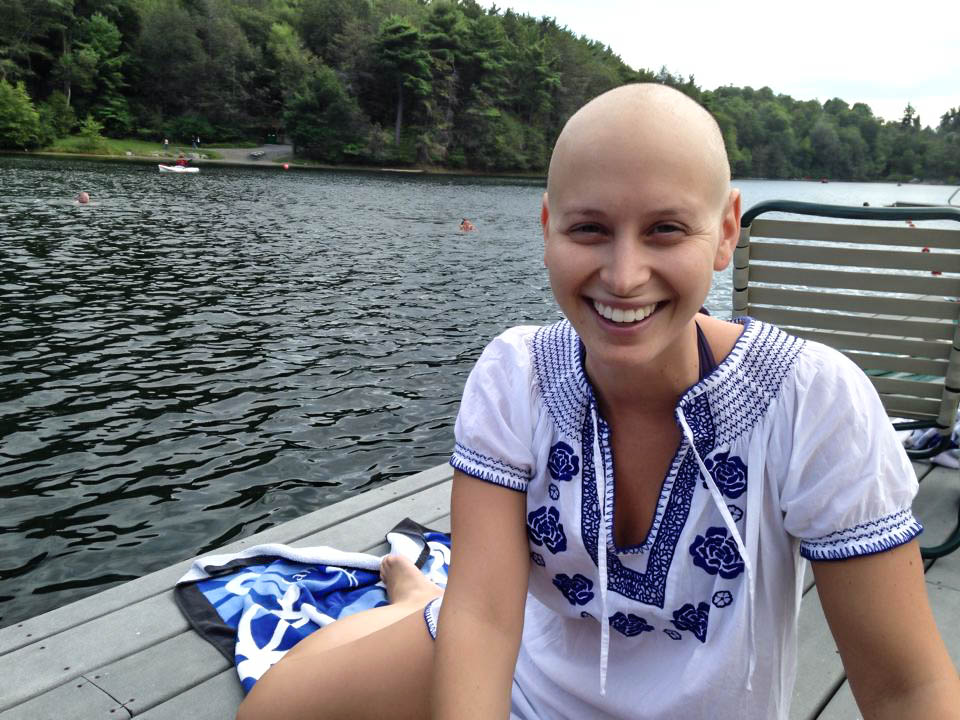 ‘Is that really me?’ I gasp. I was such a comfortable self-proclaimed ‘baldie’, going out to the grocery store, the gym, and of course, the hospital, without a second thought. I had no time, energy or desire to check the mirror all that often. I felt the fat start to build around my body, a result of inactivity and serious metabolism changes. I felt like my own personal ticking time bomb, this body that had been so kind to me, that I had loved so voraciously had betrayed me. It felt personal, and so I pushed it away. I put those feelings of self-loathing and hate in a little box in the back of my brain and I embraced my baldness, the Buddha head rub everyone was so inclined to, the lack of a mascara application in the morning. I tried to breathe in the morning and cried endless rivers of fear into my husband’s chest at night.

One day I woke up and found an energizer bunny chia pet running rampant on my skull. I found my lungs filling with air, and realized this was the first time I felt cancer free. Like my body knew it was finally time to recover. I don’t know how long I had been holding my breath. It felt like eternity. 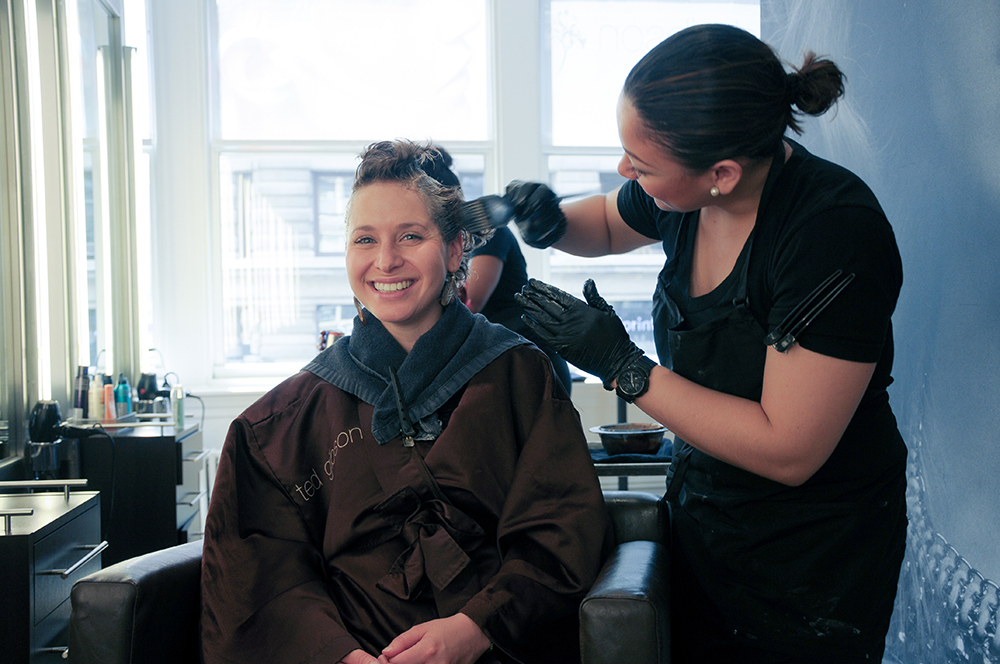 Slowly but surely the lashes came back, one by one, like soldiers returning from a war, weary but victorious, the same but different all at once. The eyebrows followed suit, and then the real hair came in. Peach fuzz shed to reveal beautiful little curls, clustering around my skull without any form or direction, like awkward adolescents trying to figure it all out.

I started to feel more like myself. I felt the blood pumping in my veins and the pain in my knees weaken. My body had started the process, but I needed to help it along just a little bit. 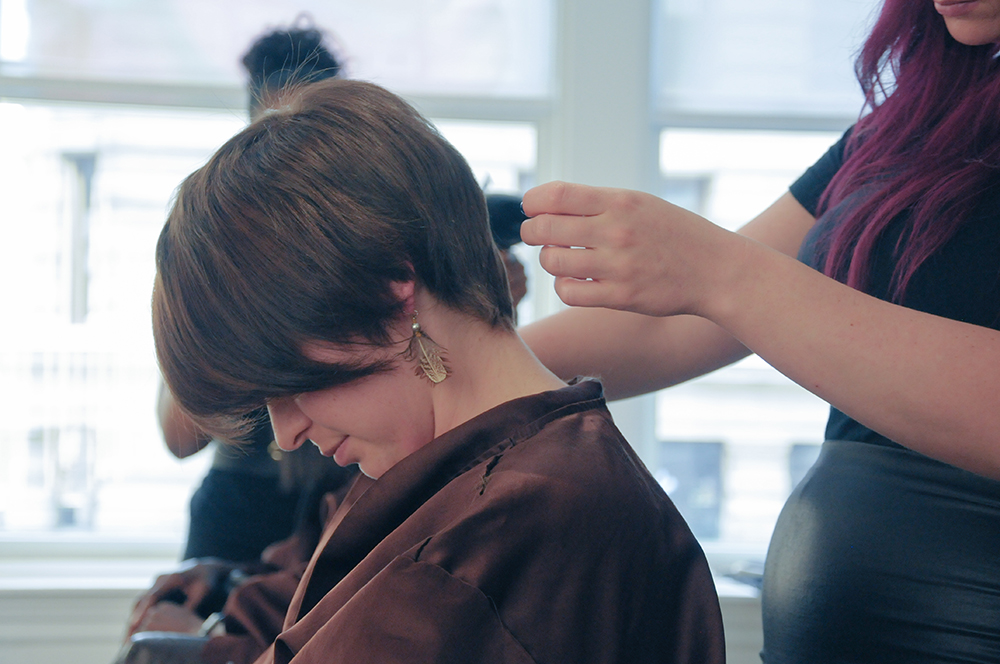 I scheduled a consultation with Dayna at Ted Gibson Salon, a beautifully zen NYC salon. There was no hustle and bustle, none of the NYC scurrying you find on the pavement. It felt like the right place to be.

Dayna’s confidence and optimism was contagious. I felt like this entire visit was just for show, that they’d tell me to come back in six months and then maybe a couple pieces could be sewn in here and there. But in just a few minutes we had a plan – we decided on natural, unprocessed virgin Indian hair from Wagman (gold standard in the hair extension world), placed the order and set a date for the following week. An un-haircut haircut. Who knew it even existed. Butterflies filled my belly and the possibly of getting my muchness back loomed dangerously close to the horizon. 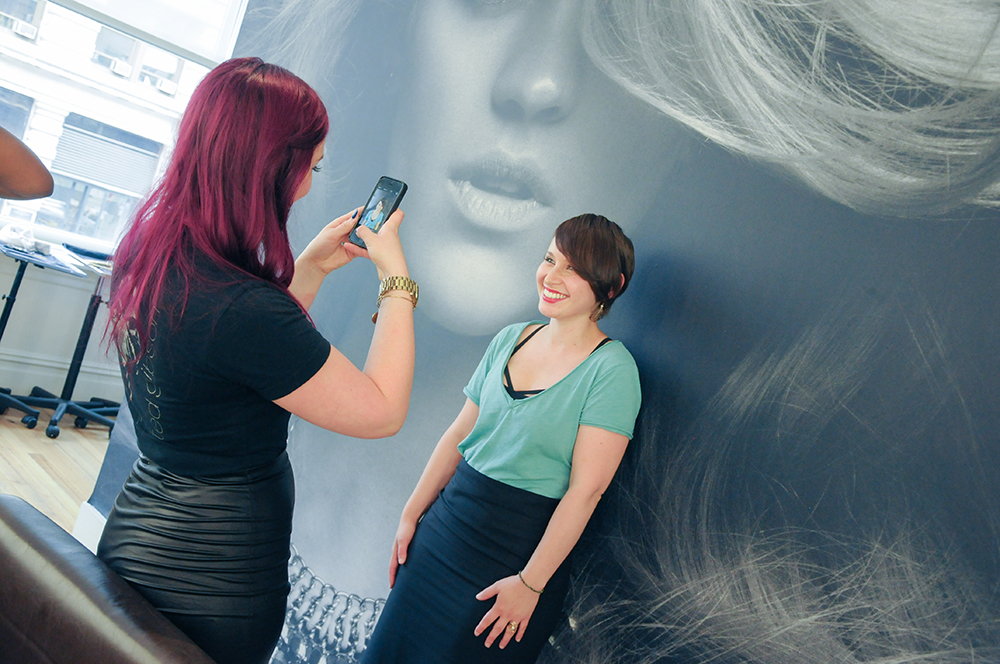 We spent the better part of a morning drinking coffee, dying my actual hair and extensions together, sewing the hair in, straightening, blow-drying, styling and laughing. When she twirled my chair around and I saw my face in the mirror I was shocked. I thought I had prepared myself for this. I thought I was fine with the hairless reflection that had haunted my medicine cabinet for so long.

I couldn’t stop staring at the girl smiling back at me. She was beautiful. She was me.