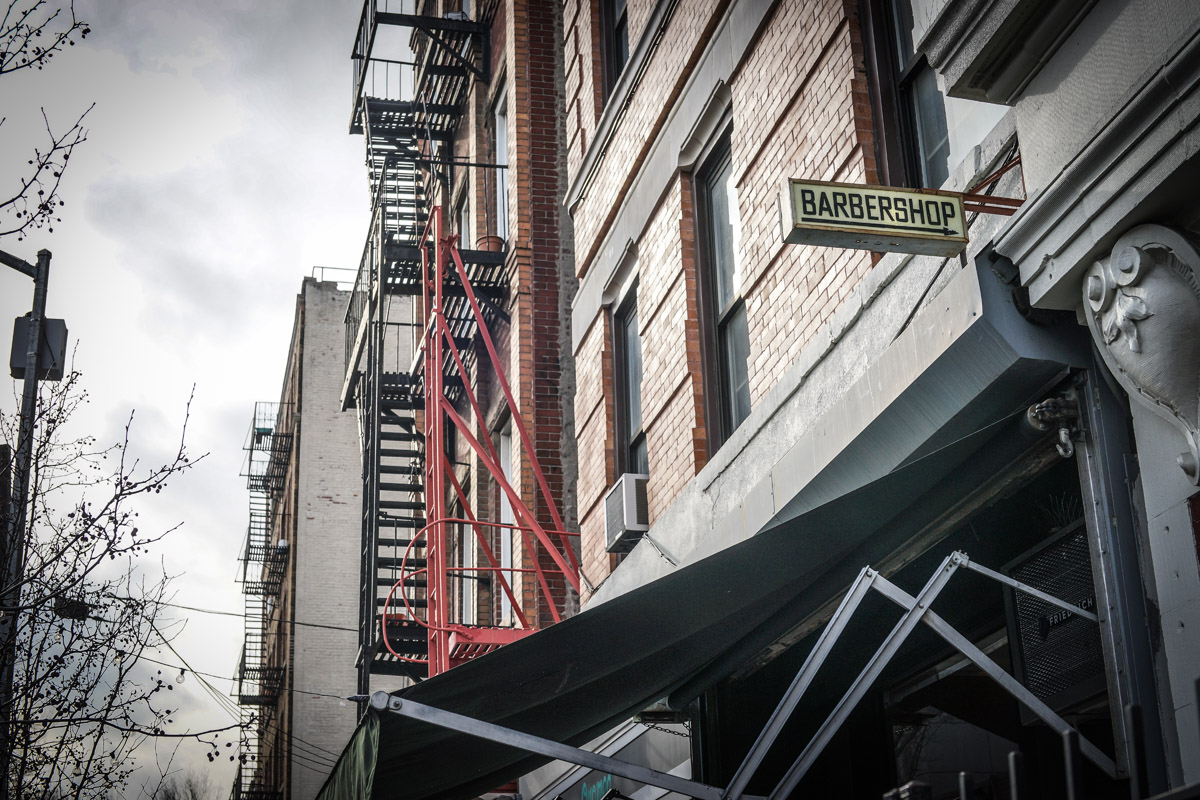 Manhattan may be the city that has it all, but Brooklyn is the borough that has whatever you can’t find on the island. Like a truly great NYC barber shop. There are the Warren Tricomis with their polished and chrome and champagne and the Ted Gibsons with their super elusive sexy salons and the other cheesy gimmicky shoe shining ‘barbershops’, but none of them specialize specifically in men’s hair and you always end up feeling like a dude at a salon, paying women’s salon prices with none of the old-school barber shop feel.

A barber shop is not just a shave and a haircut—it’s a place of camaraderie, a masculine community where you feel welcome. Barber shops still exist, but many of them have turned into a military shave dime a dozen sort of establishment with all of the pretense and none of the authenticity. Well, we found a place that brings you back in time to the golden age of barbershops. In Brooklyn, of course. Opened by television producer Steve Marks, Persons of Interest is now the barber shop for exceptionally stylish dudes.

The 1880s to the 1940s were the golden age for barbershops. Visiting the barbershop was a weekly, and sometimes daily habit. Men would stop in not only for a little neard (neck beard) trim but also to hang out and generally shoot the shit.

Marble counters were lined with colorful glass-blown tonic bottles. The barber chairs were elaborately carved from oak and walnut, and fitted with fine leather upholstery. Everything from the shaving mugs to the advertising signs were rendered with an artistic flourish.

Despite the level of luxury, they were always homey and inviting. A masculine aroma filled the air. The smell of cherry, wintergreen, apple, and butternut flavored pipe and tobacco smoke mixed with the scent of hair tonics, pomades, oils, and neck powders. These signature aromas became ingrained in the wood and every cranny of the shop. The moment you stepped inside, you were enveloped in the warm and welcoming familiarity. You could relax instantly, and as soon as the hot lather hit your face, cares and worries would simply melt away.

Persons of Interest has gone back in time, grabbed a handful of that tobacco smoked history and brought it into the 21st century. This is not an assembly line barber shop. It is the perfect marriage of what you want from the high-end salons—an attentive hairdresser who listens to your wants and needs and executes them flawlessly—with the inviting warmth of a traditional barbershop, and the obscurity of Brooklyn hipster-ism we love so much. Plus, there’s the very first teeny tiny Parlor espresso bar in the back of the shop—originally a storage closet, it was opened as the flagship shop for the coffee connoisseur brand that is now an emerging coffee roasting company. Persons of Interest is also one of Aziz Ansari’s hotspots, featured during one of his Aaron Sorkin inspired ‘walk and talk’ in the Netflix addiction Master of None.

Everyone here is pretty well versed in any and every haircut you could want, and has enough expertise to know the difference between a true ‘high and tight’ and when you actually just want to look like Don Draper. We sent Brian in for a beard cleanup and haircut at the Williamsburg location with Austin, a 22 year old Harley and Triumph riding barber who was discovered by Persons of Interest on Instagram, transplanting him from Harrisburg, PA to bring his talents to the city.

Austin listened to everything he wanted (not too short—and not too long), suggested the best way to accomplish the look he was going for and 30 minutes later Brian walked out with a perfectly trimmed beard and the best haircut of his life.

Pick up a cup of perfectly roasted espresso, smell the tobacco in the air, sit back, and chill out.