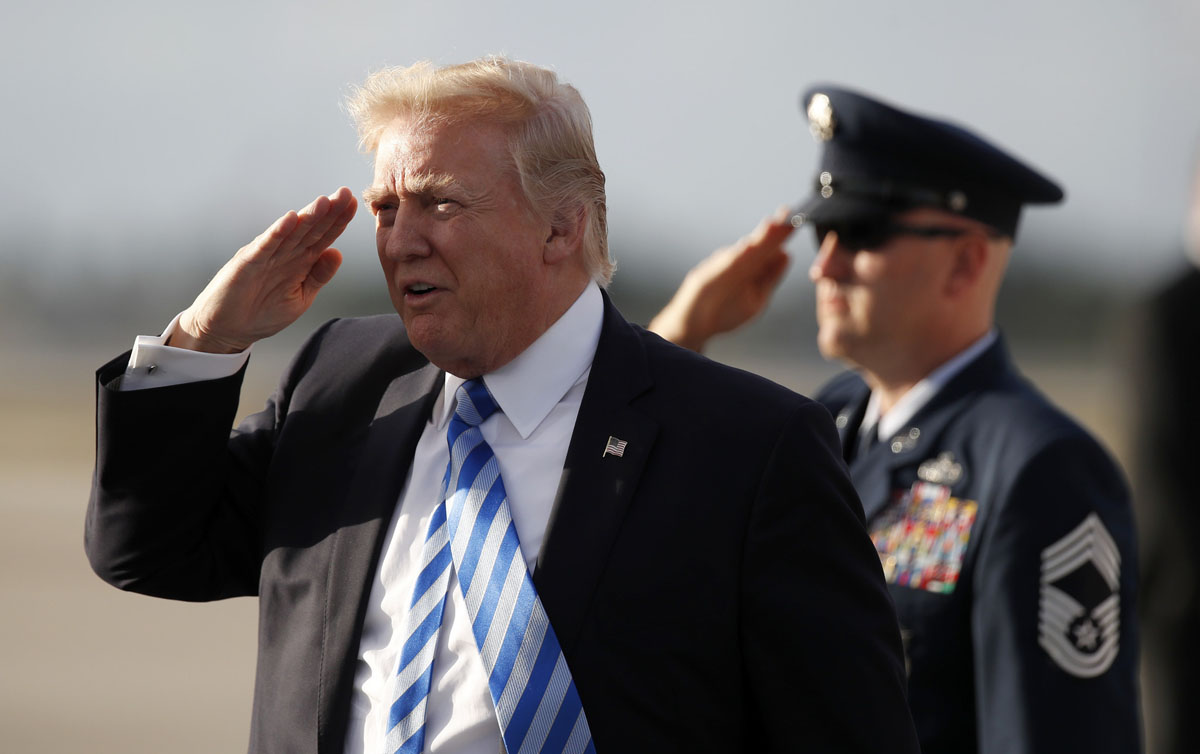 Whenever a new president comes into office, America thinks a lot about leadership.

As President Trump enters his thirteenth week of presidency, we’re having a particularly extended discussion on what makes a good leader.

Unlike past presidents, the New York real estate billionaire and reality show star does not have a track record in politics, the military or even community organizing, so he’s likely to have a different approach to managing the executive branch than his predecessors.

The Cabinet members he’s chosen have reflected that, with an emphasis on business executives like himself and retired military leaders.

The former group is acting much like Trump himself in their leadership roles, but since Trump, like many other presidential candidates in recent years, has no military experience, he could learn a few lessons from the U.S. armed forces’ approach.

As a Marine who served in Iraq and now works closely with businesses on initiatives to hire veterans, I’ve seen up close how valuable those lessons are. There’s a lot you can learn on how to be an effective leader from the military, whether you’re working in the Oval Office or just aiming for a job in the corner office. Here are some things to keep in mind:

Build your team up during the slow times.

No one who joins the military heads straight to the battlefield. Instead, we start with basic training, where soldiers are given routine but difficult tasks to learn how to work together.

The goal is for the group to be able to spring into a kind of effortless action when things get rough in the heat of the battle.  I joined a Marine Reserve unit in the summer of 2006 for the deployment, and we spent many hours training every day with our weapons, honing our skills related to Civil Affairs missions, and practicing what we would do in various dangerous scenarios.  When we deployed two months later, we were incredibly prepared.

For your office, that might mean going on a retreat during the slow season in your industry or even just taking a group lunch on a summer Friday. Feeling comfortable around each other, as well as understanding each other’s strengths and weaknesses, will truly make your team more powerful and impactful.

Don’t just admit your mistakes, own them.

Members of the military trust their peers and their leaders with their lives. But trust is a two-way street and comes with a level of responsibility too.

The most effective way to engender that trust is for leaders to admit when they’ve made a mistake, accept responsibility and work to rectify the situation.  We all make them, but in trying to hide your mistakes you will hurt yourself in the eyes of your superiors and staff, and that will damage the trust they place in you.

When I was first recovering after being shot, I was incredibly embarrassed and considered my injury “Mission Failure.” Although I have had a very fortunate recovery, 10 years ago I adopted the wrong attitude, and was not comfortable asking for help from anybody.  Since then I have acknowledged that mistake to corporate audiences so their members won’t make the same mistake I did when facing their own challenges.

Innovating Stale Industries, How Olympic Media’s CEO and Founder Gets it Done

For your office, that might mean sending a group email or making a brief but heartfelt statement at a group meeting when you’ve made a mistake.  And then privately take into account all the factors that led to the mistake, determine what you could have done differently and how you can recognize a similar situation in the future.

Marine leaders prioritize the mission first, the welfare of their Marines second and their own personal needs third. Here’s one way that plays out: officers always eat last. When Marines see their leaders placing their group’s needs before their own, they feel compelled to do the same for those around them.

Again, the goal is for the group to work together effectively under its leader.  A leader’s ability to convince their Marines – through actions, not just words – that they truly care for them will foster a fierce loyalty and unwavering willingness to follow.

In Iraq I often traveled with the Battalion Commander to the forward operating bases to check on the Marines there.  I noticed that their food was heavily processed, dry and tasteless – it left a lot to be desired.  Before another one of our missions to the same group of Marines, I grabbed several handfuls of ketchup and mustard packets from the chow hall for them.  It was a tiny gesture, but meant a lot to the Marines.

In your office, that might mean forgoing a fancy new desk to spend the office budget on a couch or tables that everyone can use.  But certainly, it will include getting to know your people, leading by example and leading from the front.