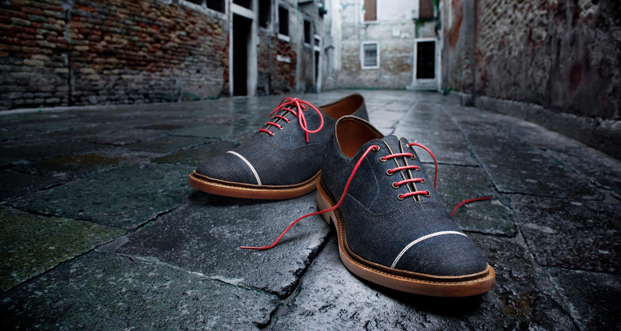 Some things remain timeless. That’s how we feel about the Great American Shoe Company, Allen Edmonds. They’ve been making the finest men’s shoes for the most discerning customer for almost a century now, focusing on supreme quality, service and integrity. The heritage based and craftsmanship quality company was founded in 1922, a stone’s throw away from where the current headquarters reside in Belgium, Wisconsin. The ‘Allen Edmonds’ man is a very particular man, with an astute eye for craftsmanship and style. He likes really good whisky, exceptional leather and has a fondness for mahogany.

The founder, Elbert W. Allen was a family man at heart and knew, as did his future partner and salesman extraordinaire, Bill “Pops” Edmonds, that to be a success they needed to stay close to their roots, knowing that the Midwestern values of hard work, honesty, humility and trust would be the cornerstones of a new kind of shoe company. And it has been ever since.

Three simple words make up the motto and guide all decisions at Allen Edmonds – quality, service and integrity. Throughout the company’s history, Allen-Edmonds has been able to constantly evolve without ever losing sight of the core values and traditions that make it great, something that really resonates with the clientele who have been wearing their great-grandfather’s shoes for generations, who have lovingly taken care of a shoe that still wears on today as a functional antique. Those are the real Allen Edmonds men, the loyal shoe wearers who once bought a pair and never went anywhere else again (including Prime Minister of Canada, Stephen Harper, Presidents Ronald Reagan, George H.W. Bush, Bill Clinton and George W. Bush who all chose the iconic Park Avenue as their inaugural slippers).

Allen Edmonds still considers shoemaking an art and painstakingly crafts every pair of shoes that leaves their shop…basically a large scale cobbler, with exceptional taste and a limitless selection of range. Algonquin Toe, Backstay, Bal, Blucher, Foxing, Gore, Moc-Toe, Oxford, Plain Toe, Vamp, Wing-Tip…you can literally have any style variation you can dream up in a man’s fantasy shoe world. No detail is too small. Not a single stitch is overlooked. That’s what the art of shoemaking ought to be. The production process involves a minimum of 212 steps—that’s a lot of work for one pair of shoes! It’s also the same way they’ve been producing them since the company’s inception a century ago…sometimes older is actually better.

For those who think detail and quality don’t surpass the allure of a custom shoe, we consulted with our in-house fashion expert, Bernhard Roetzel. His take on custom versus traditional? Custom is never worth it. “When I compare $600 shoes with custom shoes that will cost $6,000 I must ask myself whether the latter are really ten times as good…and I would have to say no.” (More on the subject here).